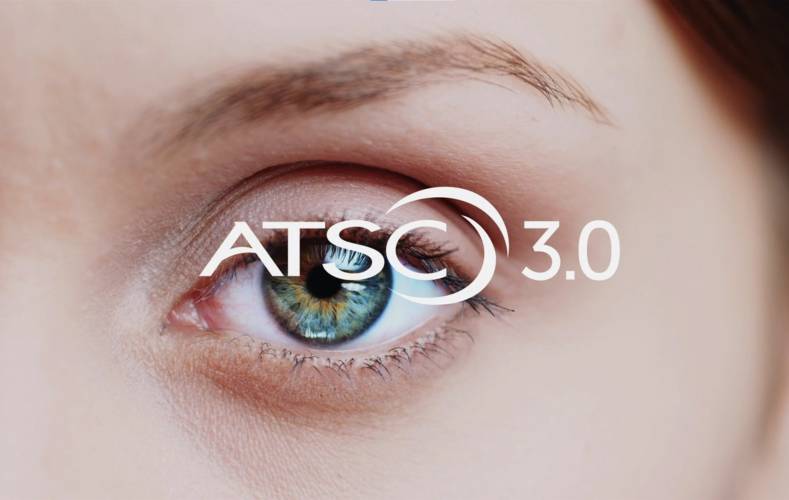 The Advanced Television Systems Committee (ATSC) recently announced the release of a new Request for Proposals (RFP) for Broadcast Core Network technologies to enhance the ATSC 3.0 broadcast standard. The project is on a fast track, with initial responses due by December 31, 2021. Could Broadcast Core Networking be a new license for TV broadcasters to print money?

When I began as a vacation relief engineer in 1967 at WDAF-TV in Kansas City, a commercial FCC TV license was also known as ‘a license to print money.’ At the time, there were four TV stations on the air in town, ABC, CBS, NBC and the local PBS affiliate. It wasn’t unusual for the leading news station to get evening local news household shares over 50%, and advertisers gladly paid for it. The only other TV event to get such high household shares were Super Bowls.

TV stations made and paid good money to many of the people who worked in them, and stations spread their money around. If there were multi-million-dollar local news anchors, I never heard of one but nearly everyone at the station drove a nice car, owned a nice house, and planned to send their kids to college. In those days, most positions in engineering, news, stagehands, and production were union jobs with detailed contracts promising and protecting workers and their rights. In the early 1970s, the original local TV station staffs began retiring and trading union jurisdictions and benefits for better retirement packages.

More than a few TV transmitter engineers have long wondered if their powerful RF systems might be good for something more than TV. Marketing experts agree that the one thing broadcast TV stations still have that nobody else has is a strong RF signal from a tall tower that blankets a market. Could HTTP, tall towers and high-power RF systems be the new key to broadcasters ‘printing money’ again?

Broadcast ATSC 3.0 is IP data. It can transmit IP packets that don’t require handshakes, which is how viewers can watch OTA ATSC 3.0 TV without an internet connection. The only requirement is that data be HTTP, and all that differentiates separate OTA data streams is signaling. ATSC 3.0 data does not need to be inform, entertain, or be public. The FCC only requires transmission of one, free-TV OTA channel on an ATSC 3.0 signal.

Right now, companies like Tesla are downloading vehicle system updates using one-to-one cellular data distribution technology to 100s of thousands of vehicles across national cellular networks. I pay about $15/Gb for my ATT ISP cellular data. Surely, Tesla gets a huge discount, but even discounted by a factor of 100 to $0.15/Gb, when multiplied by hundreds of thousands of mobile destinations for each download, individual distribution costs remain astronomical.

Costs are high because cellular systems must pay huge expenses to build and maintain the fiber connecting a dense population of local transmitters and towers, all to communicate one-to-one with individual cellular customers. Every one-to-one byte takes money. For TV stations, the more receivers tuned in the merrier. Massive data distribution should generate nearly pure profit for stations and groups on the air with datacasting in ATSC 3.0.

According to ATSC, “Core Network Technologies,” aka the broadcast core, broadcast internet, or Digital Data as a Service (DDaS), “offers the potential for IP data delivery, including television and other services, which may open new business opportunities to ATSC 3.0 broadcasters, especially when those services and underlying transmission signal configurations can be easily coordinated across multiple transmission sites (i.e., “towers”). This enables them to function as a controlled network.” Physical broadcast core network topologies could be a country, a market or multiple markets. Different business partnerships and models could potentially result from the creation of ATSC 3.0 core network technologies.

ATSC Planning Team 8 began to study the core network concept to consider how it might apply to ATSC 3.0, and its work was moved to a newly formed, specialist group, TG3/S43. The scope of TG3/S43, Specialist Group on ATSC 3.0 Core Network is to “develop and recommend Standards, Recommended Practices, and other documents relating to broadcast core network functions that enable current and future cases (e.g., datacasting) efficiently at scale across a collection of broadcast facilities.”

Rumors are that most data transmission contracts will be sold wholesale because it doesn’t cost more to broadcast, involves national companies, and most live data will be automatically delivered to station servers. For TV engineers, more data will be one more network content source requiring automated QoS monitoring and alerting. Sales of simultaneous, OTA, one-to-many private data delivery to 3rd parties that usually don’t buy local TV advertising is an exciting new business opportunity. It's not about ads, it's about the revenue.

If you thought mobile ATSC 3.0 is for people to watch local TV in their cars driving down the highway, you're in the wrong decade. This time last year, the “Motown 3.0 Open Test Track” was launched for testing and merging automotive applications using ATSC 3.0. The goal of the Motown 3.0 Test Track was to provide another research and development environment for the automotive industry to road-test conceptual, connected-car solutions using the IP capabilities of ATSC 3.0.

Significant advances in core TV broadcast technologies made possible by ATSC 3.0 give terrestrial broadcasters new abilities to deliver IP data to an infinite number of purpose-built receivers simultaneously, as well as to the displays and devices connected to them, whether mobile on the road or parked in a garage. In the future, automakers will be able to update millions of in-car systems simultaneously at a tiny fraction of data distribution costs compared to today’s one-to-one cellular data delivery costs.

The future of broadcast TV is bigger and brighter than any new TV set.