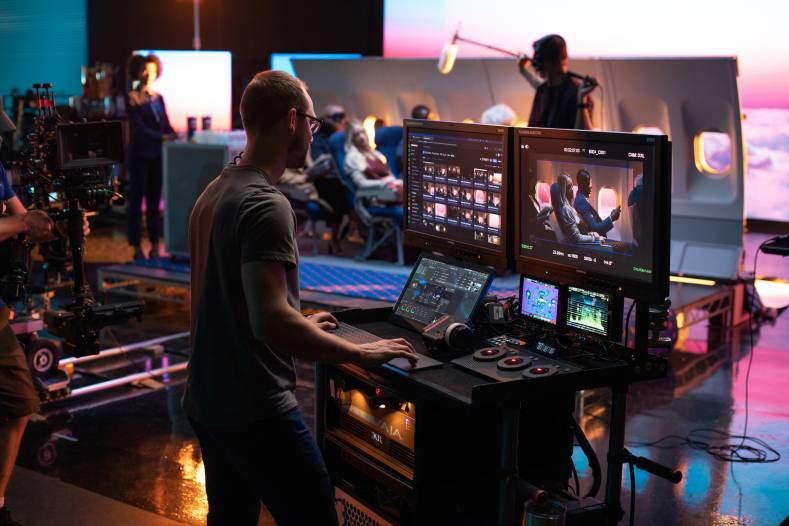 Since its launch in March, there have been over 1,300 productions using Camera to Cloud.

Adobe-owned Frame.io has issued hardware support for the latest Aaton Cantar X3 sound recorders, along with new methods to authenticate Camera to Cloud connections from any web connected device, including Android phones. It has also enabled filmmaking applications like Pomfort Livegrade with ShotHub, ZoeLog, and Magic ViewFinder to work with Camera to Cloud.

Since its launch in March, there have been over 1,300 productions using Camera to Cloud with over 150,000 assets stored in Frame.io, per the release.

“Camera to Cloud is the fastest growing new tech to hit Hollywood in years and represents a massive shift in workflow,” said Emery Wells, Frame.io Co-founder and VP of Digital Products at Adobe. “C2C helps collaborators work more closely, regardless of geographic location, and we’ve seen it applied in production of narrative video, documentaries, sports content, and commercials. It’s one of those technologies that makes you wonder why we haven't always worked this way.”

Integration with Pomfort Livegrade and ShotHub centralizes LUTs and CDLs to a single Frame.io cloud directory so cinematographers, DITs, VFX, and post houses can find all color metadata in one place.

ZoeLog generates easy-to-use and instantly sharable camera reports trusted by major Hollywood film and TV productions. By using Frame.io, these reports can be distributed automatically to the people who need them. Magic ViewFinder brings a director’s viewfinder to any filmmaker with an iPhone, creating camera sensor and lens accurate pre-visualization photos and videos that collaborators can all reference throughout pre-production and production.

“Ever since the launch of C2C, we’ve been hard at work collecting user feedback, building new integrations, and expanding options for more advanced workflows,” said Michael Cioni, Senior Director, Global Innovation at Adobe. “By removing the barriers of traditionally linear workflows, we enable teams to work in parallel, resulting in better collaboration, more time for creativity, and higher quality output.”