In a normal May, the broadcast industry would be recovering and back to work from its annual April Las Vegas NAB Show. CES 2020 was the last major electronics show before NAB cancelled its 2020 NAB Show. CES 2020 attracted approximately 4400 exhibitors and 171,000 visitors. The Consumer Technology Association (CTA) recently announced CES 2022 is returning to Las Vegas on 5-8 January 2022.

The 2021 NAB Show has rescheduled in Las Vegas to 9-13 October 2021, and is co-located with the AES show on 11-13 October, followed by the Radio Show and RAB on 13-14 October. The Sales and Management Television Exchange will be held prior to NAB on 8-9 October. The last Las Vegas NAB Show, held in 2019, attracted about 1600 exhibitors and 91,000 visitors. Will major industry shows ever see normal visitor numbers again? Is there a better place to place a bet?

At this time, ATSC 3.0 signals are on the air in 25 markets with at least 6 or more markets physically preparing to sign on. At the 2019 NAB Show, 62 markets were identified as “first movers” to bring ATSC 3.0 service on the air. They included the “Top 40” Nielsen markets and 22 other markets. The industry is on track to beat the "first movers" target number before the end of this year. As of early May, the number of NextGen TV license filings in the FCC database is 140. One of the latest ATSC 3.0 transmitters on the air is a 100w ATSC 3.0 system atop the Sinclair Broadcast Group corporate headquarters in Hunt Valley MD. Its express purpose is to test reception on small devices like SBG’s MarkONE 3.0-enabled smartphone and, in particular, integration of Digital Radio Mondiale (DRM) in its broadcast app.

The launch comes on the same day Sinclair and German technology research institute Fraunhofer IIS jointly announced they are working together to bring audio services using the DRM standard to ATSC 3.0.

Earlier this year, Sinclair rolled out 3.0 simulcasts of its Seattle radio stations with its DRM-based broadcast app. Mark Aitken says Sinclair’s NextGen TV programming will use the Dolby AC-4 codec. Only its audio services, such as the STIRR Radio simulcasts in Seattle, will leverage xHE-AAC coding through the DRM player in its broadcast app. 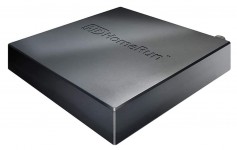 You can count all the new in 2021 NextGen TV set introductions on your fingers, although in total there are 70 models from three manufacturers that produce 80% of the receivers in the US. Black and white TV viewers in the 1950s didn't get excited about color TV until they saw it with their own eyes and color TV sets became affordable.

Following a NextGen TV marketing campaign, Pearl TV recently announced Magid research indicating 1 in 4 respondents were aware of NextGen TV, 73% reacted positively and 60% were likely to buy a NextGen TV within a year. People spending more time at home are hungry for something new.

The biggest changes coming to NextGen TV are the number of ways to receive and see it. Amazon recently listed the HDHomeRun Flex 4K from SiliconDust, which has four ATSC tuners, with two that also support ATSC 3.0. It connects over existing WiFi or wired LANs. ATSC 3.0 content is compatible with XBox One, Apple TV 4K, LG televisions 2019+, most Windows 10 devices, many Android/FireTV devices, and select Mac/iPhone/iPad devices. The USB port is for an optional hard drive. You might want to read the single Amazon review before ordering.

ZapperBox announced a $249USD price and began accepting orders a year ago, but hasn't shipped yet.

The highly anticipated ZapperBox M1 is expected to ship around September 2021. It outputs WiFi, wired LAN, HDMI, HDR, Dolby AC 3 and AC 4, and a built-in, grid-style program guide. One of the most important features of ZapperBox M1 is that the company plans to continuously keep updating its software.

ZapperBox is a BitRouter OEM customer. Unlike BitRouter’s ATSC3pro, ZapperBox does nort have a digital interface such as a USB port which could affect its content security certification. Expect many software updates for ZapperBox, SiliconDust HDHomeRun, and similar gateway devices as the technology stabilizes.

The E.W. Scripps Company began as a chain of daily newspapers founded by entrepreneurial journalist Edward Willis Scripps in 1878. E.W. was strong in his belief that newspapers should remain politically agnostic. Scripps recently presented a webcast on its new Broadcast App. The Scripps App provides “opportunities to lean back or lean in.” Its specifically designed to push fact-based journalism by adding trust to news reporting with more access to facts, sources, and backgrounds. Many of those functions and details will be instantly available to NextGen TV viewers with the Scripps App. Scripps’ corporate motto “Give light and the people will find their own way,” is symbolized by its lighthouse logo.

There is no universal Broadcast App. Every group is working on their own version, generally centered on their corporate brand. It’s a unique opportunity for stations and groups to strengthen their brands. It’s also an opportunity for stations to show viewers something new that they can interact with on their new NextGen TVs. The Broadcast App gives all stations OTT program-grid capabilities, seamlessly directing viewers to live or on-demand (D2) content sources.

The Broadcast Bridge recently spoke with Dave Folsom, CTO at Pearl TV, about the Broadcast Internet. He said “ATSC 3.0 NextGen TV that is, at its most basic level, a data delivery scheme. All essence is HTTP data. It was set up that way to be a delivery mechanism of multiple data types over the broadcast stream such as audio, video, captioning, service guide, alerting and other data, over the life of ATSC 3.0. The only requirement is that it is all HTTP and/or IP data. What differentiates the data is its receiver signaling. ATSC 3 has a series of tables to let the receiver know what it is receiving, such as video, audio, electronic program guide, and many other types of data.

In terms of the one-to-many multicasting capabilities of ATSC 3.0, Folsom said “Its too early to guess.” He went on to say, “Raw data delivery is currently becoming a commodity. However, unique delivery of content and the unique capabilities of ATSC 3.0 will be the 'killer apps.' It’s not about raw data, its about what is being delivered rather than how it is being delivered. The ATSC 3.0 delivery methodology is adaptable and extensible because of the way it is structured, making use of some internet standards that have been around for almost 50 years.”