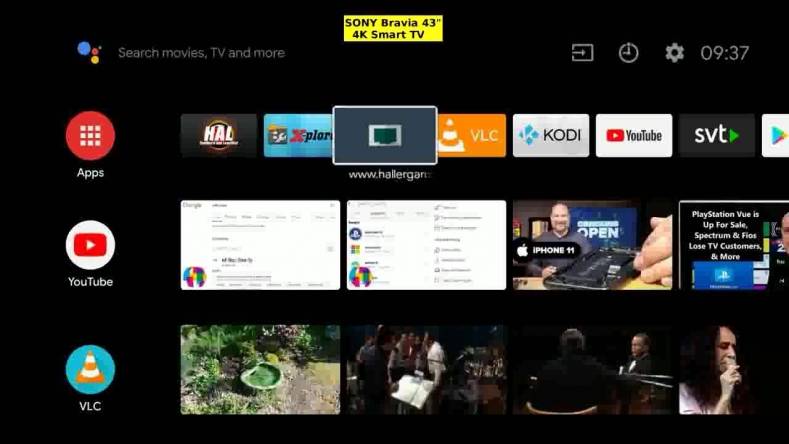 The platform began life as Google TV in a disruptive attempt to wrest eyeballs from established broadcasting and pay TV, but was largely a flop, as to an extent at that time were other such ventures from the big technology players like Apple TV. Google TV morphed into Android TV around 2014, as a version of the Android operating system for set top boxes (STBs), media players and smart TVs, beginning its journey towards being a prop for pay TV, or Trojan Horse, depending on your perspective. This journey reached a milestone with the launch of Android TV Operator Tier in September 2016, billed as a customer Android TV launcher on STBs of established operators.

Google had acted to reduce the burden of deploying Android TV and integrating existing pay TV services with its app Play Store for pay TV operators, while allowing them to customise the UI and ensure their own channels and content could be prioritized. This gained some traction, especially in Europe and APAC, but still often required help from third party integrators to dovetail Android TV with the legacy platform, especially billing and established CA (Conditional Access) for protection of revenue and content access via the STB. Such third parties included Sweden’s Accedo and Germany’s 3SS.

Google itself acknowledged a deficit in CA integration and accordingly came out with its own Google Broadcast Stack late in 2020. This in turn is being embraced by third party vendors, such as Technicolor, which claimed this could halve CA integration time, typically from 18 months to 9 months, as well as reducing the total cost of ownership (TCO) involved deploying these hybrid devices at scale. Furthermore, this broader integration capability opens the door for operators to integrate other apps supported on the Android TV platform, such as cloud gaming and targeted advertising.

This then is enabling Google to address those two questions of scale and monetization that have to some extent deterred operators from rolling Android TV Operator Tier out across their whole subscriber bases. The theme was elaborated at an online seminar, 'Grow Your Business with Android TV', organized by analyst firm Dataxis, where Google’s Head of APAC Android TV business development Mark Seidenfeld outlined the focus on consolidation.

“Most of our concentration now is scaling a few more operators. A bulk of them have already started and we’re trying to help the larger operators scale, but not just the largest ones, really to help everyone scale,” Seidenfeld said.

“Another focus of ours is helping our operators increase their revenue, because the only way for us to increase our revenues is if our partners also do, so we are working on monetisation,” Seidenfeld added. This would be done on two fronts, content by increasing variety in the Play Store, and targeted, or advanced, advertising. 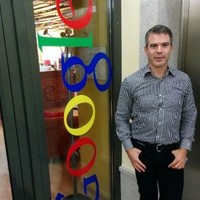 Google is majoring on Android TV scalability and monetization, according to its head of APAC Android TV business development Mark Seidenfeld.

The latter could involve partnerships with operators combining the latter’s knowledge of their audience with Google’s back end analytics capabilities. More specifically, a bargain has been struck with Google allowing operators to retain control of data gained from all transactions undertaken from within their own Android TV app. Google only has access to data resulting from Play Store transactions, so really the game is about scale and making Android TV dominant on global STBs. It has had some success among major telcos, a few satellite operators and even a handful of cable companies in Europe and APAC.

But in many cases Android TV has been restricted to just small portions of these operators’ total customer based, especially among the larger ones. Google is now trying to push Android TV across these bases to establish its credentials as a larger scale platform, as well as to start generating revenues for itself. It has been having most success on this front in APAC, although also some in Europe.

In North America on the other hand, RDK, originally developed and championed by Comcast, has established a solid base among cable operators with similar efforts to achieve scalability and attract new revenues. Comcast again has been at the forefront with its acquisition in 2019 of Metrological, a developer of apps for integration of online streaming and on-demand content with traditional pay TV platforms. This had already been integrated into RDK set tops and provided some opposition to Play Store, if on a smaller scale. Now, the fourth version of RDK comprises a software stack optimised for deploying apps and managing STBs for easier deployment of legacy services OTT apps side by side, more along the lines of Android TV.

It is Android TV that has attracted the most widespread support from third party vendors, such as MediaKind. The company has recently entered the fray by releasing a new client package called Mediaroom Play assisting pay TV operators with rapid integration of their legacy services on the Mediaroom platform within the Android TV ecosystem.

There was a slight twist here because MediaKind owes its existence in part to the impact Android TV was having on traditional TV technology providers. MediaKind’s Mediaroom was originally developed by Microsoft and became the world’s leading IPTV platform during the mid-noughties, orchestrating many Tier 1 telco TV services with clients including AT&T, BT, Deutsche Telekom and Telefonica.

Ericsson then acquired the platform in 2013 and acted at first to marshal this customer base towards a more contemporary multi-screen cloud-based platform called MediaFirst. But this enterprise was trampled on by the more heavily backed Android TV and RDK themselves, culminating in Ericsson’s easing out of pay TV, spawning MediaKind as a spin-out backed by private equity firm One Equity Partners.

But some of the old Mediaroom IPTV customers had been retained and now finally Android TV has been recruited to resurrect the original platform, having played a part in the suppression of its successor, MediaFirst.

Video technology vendors have also embraced Android TV from other directions. Verimatrix, with its content security legacy, has targeted the CA issue by pre-integrating parts of the Verimatrix Video Content Authority System (VCAS) with Broadcom's Android TV Platform. This was designed to comply with CA requirements specified by Google to secure the Android TV platform itself, while reducing the complexity of integration for makers of the STBs. Verimatrix was targeting its existing video security customers seeking migration to deploy Android TV from legacy STB platforms.