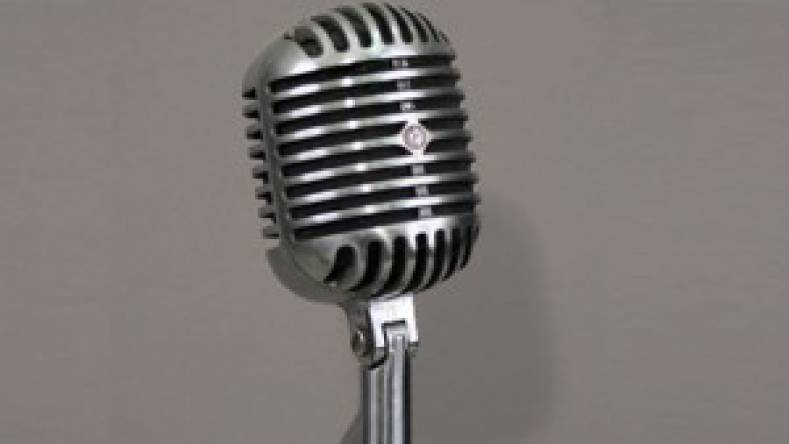 What best selling pro audio product is used in virtually every broadcast station on the planet and daily by the President of the United States? Answer: the unidirectional dynamic microphone.

Before 1939, all single-element dynamic microphones were non-directional. A young Shure engineer named Benjamin Bauer, 25, changed that when he invented the first unidirectional microphone using a single dynamic element in Shure’s labs.

The biggest players in the microphone business in 1939 were RCA and Western Electric. Both had developed unidirectional pattern microphones, but they had to use a combination of two different elements in the same housing in order to work. This made them bulky and costly.

Sidney N. Shure’s company at the time was a small family operation that had started in the mid-1920s by selling parts for building home radio receivers. By the 1930s, it had begun to make and sell low-cost carbon and crystal microphones for public address systems.

Bauer, in studying the microphone market, felt that the best way to make a unidirectional microphone would be to use a single element. One element would reduce the size, complexity and cost, and be far more competitive than dual cartridge designs.

He created a series of front and rear openings in the dynamic element which allowed sound waves to reach both sides of the element's diaphragm. Using an acoustic principle that created a time delay between the sound entering from the rear and sound striking the front of the diaphragm, he solved the problem.

By varying the acoustical resistance encountered at the rear openings, Bauer was able to achieve cardioid, supercardioid or hypercardioid patterns using a single element. In the microphone world, it was a stunning breakthrough and led to the world’s first single element unidirectional dynamic microphone.

Bauer (whose original name was Baumzweiger before he changed it) was born in 1913 to a Jewish family in Odessa, Russia. He was interested in electricity and music from his earliest days. His mother had studied piano in Berlin and taught at the Odessa Conservatory. He spent his teen years in Cuba and came to the United States to study in 1930.

Bauer received a degree in industrial electrical engineering from Pratt Institute in 1932, and a then rare Electrical Engineering degree from the University of Cincinnati in 1937. He did postgraduate work in physics, mathematics and acoustics at the University of Chicago and Northwestern University. He became a United States citizen in 1941.

Young Bauer’s career in industry began in 1936 as a University of Cincinnati co-op student intern at Shure Brothers. Sidney Shure had recognized the young man’s talent and allowed him into a five year work/study program, making company loans to him for his education.

When he graduated in 1937, Bauer joined Shure full time as a transducer development engineer. It was the beginning of a distinguished career in acoustics and audio that eventually included over one hundred patents. Bauer turned out to be a very good bet for Sidney Shure and his young company.

“It became an instant hit and set a new standard of quality for audio pickup,” said Michael Petersen, a Shure executive. “Not only did the microphone control feedback on stage, but it allowed for the reduction of ambient noise pickup.”

The Shure 55 series was also priced lower than previous directional designs. The microphones were marketed for broadcast, recording and public address applications. The Unidyne’s chrome head could be tilted up to 90 degrees, giving performers a new freedom of movement.

With a unidirectional microphone, Shure competed effectively with RCA and Western Electric for the first time and took over the microphone market. By 1940, the company introduced its first broadcast version of the Unidyne, called the model 556. The broadcast microphone had closer tolerances and an improved vibration isolation mount of live rubber.

An external call letter plate could be purchased separately as an accessory. The new microphone quickly found a home in broadcast control rooms and studios throughout the world.

Bauer went on to be appointed chief engineer at Shure in the 1940s and vice president and director of engineering in the 1950s. He was a star engineer and later designed an impressive array of new products at Shure.

That star quality extended to Bauer’s early invention. The Shure Unidyne series microphones were used by heads of state and popular entertainers from the 1940s through the end of the 20th century. Users included President John F. Kennedy, Ella Fitzgerald and Frank Sinatra.

The Model 55 Unidyne was pictured with Harry S. Truman in the famous photograph where he is holding the Chicago Tribune newspaper with the erroneous front page headline, "Dewey Defeats Truman."

It is also pictured in front of Fidel Castro on the cover of the January 19, 1959 issue of Life magazine, and in front of Martin Luther King, Jr. delivering of his “I Have a Dream” speech during the 1963 March on Washington.

One of the first major entertainers to use the Unidyne was Elvis Presley. The 55 was nicknamed the “Elvis Mic” after him.

The 55 series microphone is still made today. After 75 years, it’s the longest-running pro audio product in history. The current versions are the Shure Super 55 and 55SH Series II.

Today, since the patent has expired, Bauer’s invention is the standard for all microphone companies in the world. It’s the basis for Shure’s extremely popular SM57 and SM58 microphones, which are Unidyne III model designs.

SM57s have been used on lecterns by every President of the United States since Lyndon B. Johnson. A SM58S microphone is currently used on the International Space Station for live TV and Internet interviews with the crew. SM58s are the most popular vocal microphones for live performance music in the world today. Combined, SM57 and 58 microphones continue to be the best selling microphones on the planet.

On this 75th anniversary of Ben Bauer’s achievement, Shure was recently awarded an IEEE Milestone award for the microphone technology that changed the world. The award is very prestigious— only 137 Milestone awards have been issued.

Previous winners date back to Benjamin Franklin’s work on electricity in 1751, the transcontinental telegraph in 1861, Thomas Edison’s laboratory in 1887, the transmission and reception of radio signals in 1901 and the first satellite transmission of television in 1962.

That’s an impressive achievement for a 25 year old engineer.