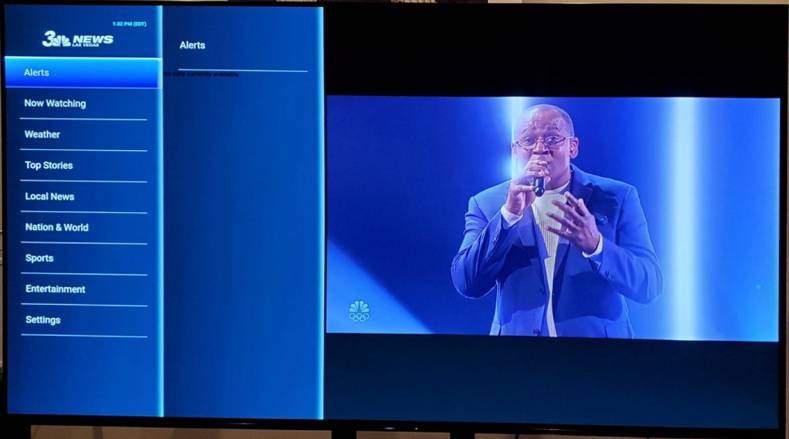 The general look of an app on a commercial ATSC 3.0-enabled set tuned to Las Vegas host station KVCW 3.0.

Sinclair Broadcast Group (SBG) recently debuted ATSC 3.0 commercial broadcasting in the Las Vegas market. Originally intended to sign on the week prior to the ill-fated 2020 NAB Show, distancing and travel restrictions temporarily delayed the project until a few weeks ago. Since then, a second ATSC 3.0 commercial station signed on in Pittsburgh on 16 June 2020, Nashville on 23 June 2020 and similar projects are in progress in Salt Lake City and others. “Every market is a bit different,” quipped Mark Aitken for this exclusive The Broadcast Bridge interview.

Aitken continued “Staying true to the FCC rulings with respect to use of ATSC 3.0, we need to do some distributing of video services around the markets. Much of what can be done depends on the 3.0 host station. Each market will minimally have a 3.0 host and 1.0 host. One of the stations will give up its ATSC 1.0 operation to transform it to 3.0. Nobody wants to lose business, especially on any of their diginets which may also be broadcast by the ATSC 1.0 host station.”

In loading a now-vacant 3.0 channel, spectrum resources get divided equally and content put on the defined PLP(s). The ATSC 1.0 host station has less bandwidth and diginets will be more difficult to temporarily remove from the ATSC 1.0 host air entirely. “ATSC 3.0 will become commercially viable when a significant number of the receivers in the market are Nextgen TV capable,“ Aitken said. 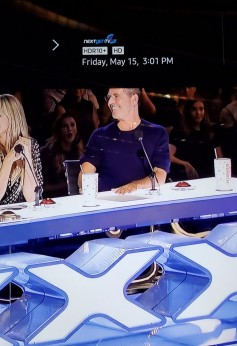 Better pictures using Technicolor SL-HDR1 for delivery of SDR and HDR in one stream!

At KVCW 3.0, the Sinclair Broadcast Group CW affiliate in Las Vegas broadcasting ATSC 3.0, is taking the mezzanine-level NBC feed content via satellite or fiber, and converting the SDR signal to HDR, using the NBC supplied 3D LUT to go into Rec. 2020 color space with the Cobalt Digital integration of Technicolor SL-HDR1 SDR to HDR Interdigital technology.

“SL-HDR1 technology,” explains Alan Stein, Vice President of Technology and Standards at Technicolor, “allows a broadcaster to deliver a signal that can be rendered as SDR as well as HDR,” explained Stein. “The bitstream is SDR and it contains an extra packet which enables HDR reconstruction. This packet is metadata that – in essence – reconstructs the HDR signal as it was captured or constructed. The metadata is encapsulated in the video bitstream.” Devices that don’t support HDR will simply ignore that part of the bitstream, he says, while devices that support SL-HDR1 (LG TVs, for example) read the metadata, decode it, and reconstruct HDR video.

Similar technologies may be provisioned for special accommodation of premier events. "When the Super Bowl is in 4K we will find a way to do that. In many cases it may be just to carve the 4K up and make it scalable,” SBG’s Aitken said.

SBG joined Pearl, who developed a broadcast app supporting interactive content. Every TV is operating with the ATSC A/344 ‘ATSC 3.0 Interactive Content’ component of the standard. Each device has a common ‘HTML5 Mozilla-like’ browser with a “W3C User Agent” defining a common interactive environment. All the application (APP) content is delivered non-realtime and is essentially HTML5, representing an extension of capabilities to the receiver. “When you start up the TV” Aitken said. “the normal guide comes up, and then in a matter of seconds the receiver APP is received and rendered (it is less than 2 megabits). The APP extension is used to customize the environment, providing a custom “look”, access to companion content and additional functionality.” Graphic branding enhancements on the station guide would be one example. Everything uses native HTML5. 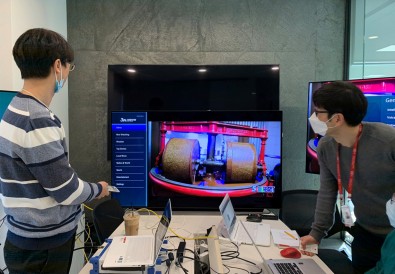 Aitken continued, “The broadcast receiver app looks the same on every class of devices. Launching in every market is the Advanced Emergency Alerting and Informing notification (AEA&I) capability, which presents more than can be done today because of limited tools. The ‘informing’ part allows personalized information based on location and users’ wants. Not everyone wants every notification, such as school closing bulletins. Additional layering of information is user defined to opt in opt out. Extensions to the receiver app allows the station to provide those information pieces directly to the user.”

He said ATSC 3.0 will expand beyond AEA&I because of TV’s critical role in providing emergency information. “There might be maps, because it’s all HTML5, and they may be delivered over the broadcast path or with additional information or finer focus over the internet. Some AEA&I functions were demonstrated at CES.”

Sinclair is building ATSC 3.0 inside of its OTT application, providing the ability to tie-in IP based services. Sinclair’s STIRR is a free national OTT TV streaming service that provides local news, sports, movies, and entertainment to homes across the country. Sinclair has created a platform with both linear channels and video on demand by partnering with a variety of premium content providers. The company recently announced plans to launch a headline news service early next year to air on Sinclair’s CW and MyNetwork TV affiliates along with STIRR.

Aitken has been working on ATSC 3.0 station conversion for about three years. He describes his work as “productizing a transformation, not a transition.” He continued “It started out as hardware, with Sinclair driving everyone to provide virtual machine functions.” Now, many components are fully cloud enabled and Aitken’s ONE Media team is “putting together a cloud-based future by working with AWS and Microsoft Azure, private and public clouds with proper redundancy.” Every SBG ATSC 3.0 station, including in all upcoming markets, will launch with the Broadcast Receiver App.

The ONE Media Broadcast Smartphone receiver has been delayed getting the boards out of China. ONE Media struck a manufacturing deal with BORQS to provide a Qualcomm Snapdragon powered, Saankhya Labs broadcast chip enabled phone, and are on track for August delivery. Presently SBG has the development phones in hand. The full-featured Broadcast Smartphones are an unlocked ATT/T-Mobile device.

The transformed ATSC 3.0 stations, formerly ATSC 1.0, are “All money generating enterprises. The objective is to do no harm, don't lose viewers and notify MVPDs. Nobody else has done this before, but we’re not doing it alone. Much of it is negotiations, who will do what, and day-to-day conversations with multiple station owners” Aitken said. 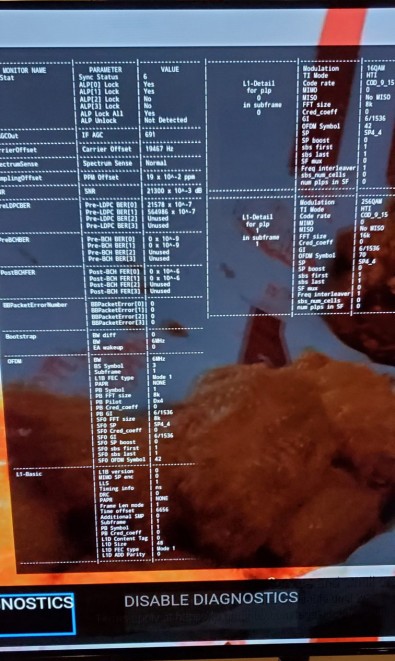 The KVCW 3.0 sign on went as planned. “We literally didn't send anyone from corporate to light up Las Vegas. We sent some servers for their private cloud and some conventional IP switches, sent the software keys, and provided all the necessary protective stuff to tunnel through the public internet. Seemingly like magic, CW became the Las Vegas host station,” Aitken said. “The CE, Assistant CE and the IP guys signed it on, our team working remotely because of the IP nature and operating environment. We launched that and will launch more than a dozen stations over the next 3 months. The most time-consuming part was getting the agreements in place.”

KVCW 3.0 uses an elliptically polarized antenna on Black Mountain with a minimum 50% vertical component. We choose the antenna with the beam width, tilt and pattern in combination with the antenna’s height and location, to maximize coverage. The transmitter has the headroom to pump even more power in the vertical. SBG Executive Chairman David Smith is also an engineer. SBG has always focused on leveraging spectrum. Everything we do starts with maximizing a booming signal.

The KVCW 3.0 host station cares for the transmitter and uses Sinclair’s Acrodyne Services and BitPath (formerly SpectraCo) for support. BitPath, which is developing new data broadcasting services, led the planning and coordinated efforts across the SBG ATSC 3.0 stations currently in the process of going on the air.

The Las Vegas’ first commercial ATSC 3.0 installation is permanent, with future plans for an SFN to fill in the shadows created by Las Vegas’ famous large buildings.