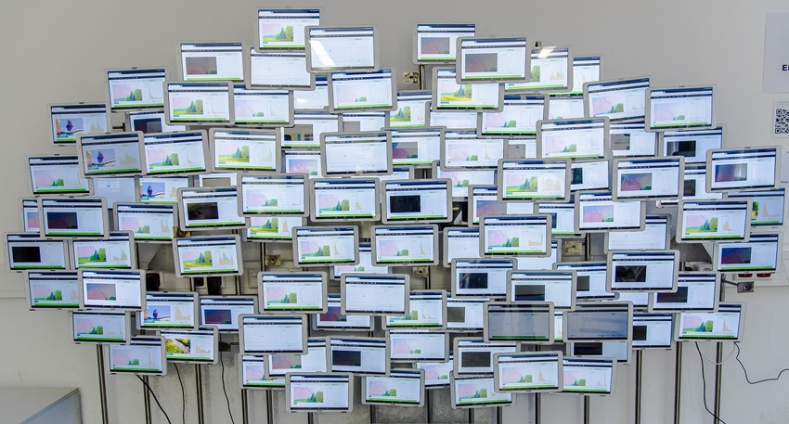 Large numbers of devices such as tablets can cooperate in peer-assisted video delivery to take load off CDNs and central servers.

SVoD (Subscription VoD) providers from Netflix downwards, as well as the growing number of linear OTT offerings for live sports especially, have been aware for some time that they fail to realize a substantial proportion of potential revenues as a result of users accessing via passwords they have been given, rather than subscribing directly. Some operators have tried to meet the challenge through a combination of publicity and technical measures designed to identify instances of such casual sharing, with the help of tools from vendors such as Synamedia.

Now a white paper, published by CDN (content delivery network) provider CenturyLink and Streaming Video Alliance (SVA), has found that almost two thirds of consumers (65%) are willing to pay extra to legitimize sharing of their streaming video subscription with friends and family. This offers a potential revenue opportunity for service providers, although this finding appears to apply to the holders of legitimate subscriptions rather than the friends who are benefiting from the sharing. The latter may not be quite so willing to pay and clearly views need to be assessed from both sides of this “divide”.

Nevertheless, the survey will encourage OTT service providers to develop strategies for combating casual password sharing, which has become a huge problem. About 31% of all streamers now share their passwords, according to a report from The Hollywood Reporter in 2019, losing an estimated $9.1 billion in that year. That is projected to rise to $12.4 billion a year by 2024 despite efforts to bear down on the practice.

The SVA/Century Link survey was set up to assess growth in streaming and changing attitudes among consumers by sampling 6,000 users aged over 18 in the UK, France, Germany, Netherlands, Sweden, Finland, Norway and Iceland. The primary finding was that online viewing was continuously gaining ground on traditional broadcast TV, with over 80% of consumers streaming more video than they did three years ago and 45% now associating TV with Internet delivery more than transmission over the air or via satellite.

The paper, The Changing Nature of TV: Understanding how streaming video is changing what consumers think of TV, also noted a sharp dichotomy over expectations of quality between smartphones and larger viewing devices. Almost half (47%) of respondents indicated that convenience and availability trumped stream quality when watching content on mobile devices. However, it was a different story for viewing on large screen TVs that also account for a growing proportion of video consumption. Despite 50% of consumers using their smartphone for video streaming at least once per day, the big screen remains a core social activity with 60% of all respondents watching online content on a smart TV at least once per day. In this case quality is paramount, leading to the conclusion that it has become essential for competitive success in streaming, even though half the viewing is on smartphones where that matters less.

That finding led CenturyLink to argue that techniques such as peer-assisted streaming would play a growing role maximizing quality while coping with rising capacity demands. Normally unicast streaming is conducted along client/server lines with one-to-one correspondence between viewing devices and servers in a connection-oriented fashion. But Peer-to-Peer (P2P) assisted streaming enables simultaneous distribution from a single server to multiple peers, almost like multicast except that the peers are linked effectively in a daisy chain feeding the content one to another. In this way the number of network connections required to deliver the content can be greatly reduced, with quality of experience monitoring vendor Conviva claiming it can cut network traffic to around 12% the level it would be without such assistance.

Other key findings from the survey included an indication that European consumers were catching up with their North American counterparts in having multiple subscriptions. The majority of respondents (73%) now have one or two OTT subscriptions, while 27% have three or more.

Again as in North America, there is continued opposition to ads interrupting the viewing, but with a growing minority of consumers expressing preference for lower monthly subscriptions in an ad-supported model. This suggests that there is scope for at least offering ad supported tiers as options, which in North America are gaining ground among less wealthy consumers, providing the ad load does not become too heavy.