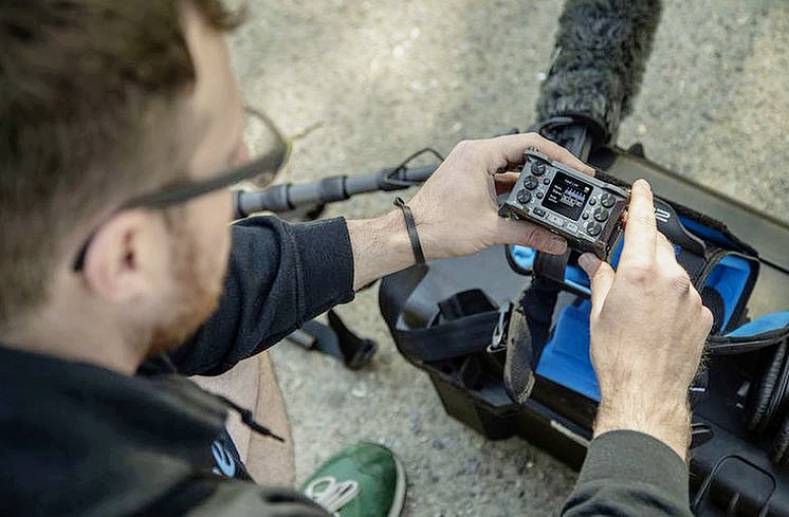 User with Zoom F6 in the field.

Game changer is an overused term, for sure. But sometimes it does actually happen. Anyone who records audio in the field knows the problem. Fluctuating dynamics can prove challenging when trying to ensure consistent audio levels. Sudden loud sounds can cause clipping and quiet sounds can get lost in the noise. This is especially true for film and documentary crews recording sounds in the wild.

It is just as important for one-person journalists or media creators who have to do everything at once. For example, I've always recorded interviews wherever I am. Since the beginning of my career, I’ve also been paranoid about getting the correct levels…even to the point of distraction from the subject’s words in interviews. 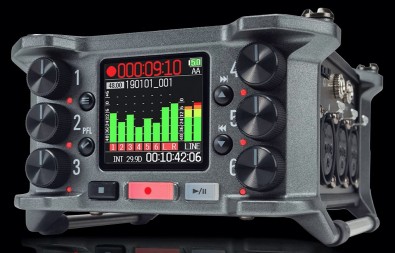 With 32-bit float recording, I just start the recorder and forget it — concentrating instead on the content and not the technical issues. For me, and a lot of people who record audio in the field, this is a magnificent advance in audio technology.

So far, two manufacturers, Zoom and Sound Devices have 32-bit floating recorders. More are certain to come. Using a six-channel Zoom F6 set to simultaneously record in both standard 24-bit WAV and 32-bit float mode, I was able to capture a wide range of audio without even thinking of levels. The same is also true for the Sound Devices MixPre 2 series, which all also have 32-bit float capability.

For a test, I downloaded the free Audacity DAW, accessed the 32-bit float recording I had made, normalized to the correct level and then saved it to standard WAVE file. The process was flawless and surprisingly simple.

Many DAWs and audio editors already have 32-bit capability and more are certain to come. They just work and the process is simpler than I had thought. By applying attenuation to the file in the DAW, signals above 0 dBFS can be brought below 0 dBFS, undistorted, and used just like any 24- or 16-bit file.

I can’t get it out of my head how radical this advance is to my work. The exact setting of the trim and fader gain while recording is no longer an issue. The sound is good no matter where the levels are set. Let that sink in.

Perhaps it is disbelief at something so remarkable, but it takes a little getting used to. The recorded levels may appear to be either very low or very high while recording, but they can easily be scaled after recording by the DAW software with no additional noise or distortion. Once the user embraces and trusts it, confidence quickly builds.

If there is a downside, files in 32-bit floating format use up to 33 percent more storage space than conventional 24-bit files. However, the dynamic range captured goes from 144 dB up to essentially infinite - over 1500 dB! Recordists can now take advantage of massive dynamic range without fear of going over the top into distortion. Although this is achievable in software processing, the practical limit of recording and playback will be influenced by the voltage rails and resolutions of the ADCs and DACs used to record and replay the sound files, but 32-bit floating point processing certainly has great benefits in post. 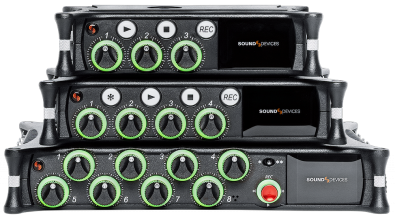 Zoom and Sound Devices mixers offer different feature sets. One nice thing about the Zoom F6 is the AutoMix feature, which allows the recordist to automatically adjust the levels of multiple voices to reduce ambient sound. This is great for broadcasters and podcasters recording panel discussions or other groups of speakers.

Also, think of music recording. The 32-bit floating record mode allows mixers to do hands-free mixing of small music groups without worry of distorting the sound. That, alone, is revolutionary.

One other note. These new mixers are small — I mean tiny! The Zoom F6 weighs only a pound and is as compact as a handheld audio recorder. The Sound Devices MixPre series, beginning with the small one-pound three-channel model, grow in size as channel capacity increases.

Recordists can read how 32-bit floating recording works in other, more technical articles. This one is about the user experience. As one who has been using audio mixers for more than 50 years, there is no going back for me. This technology changes everything.