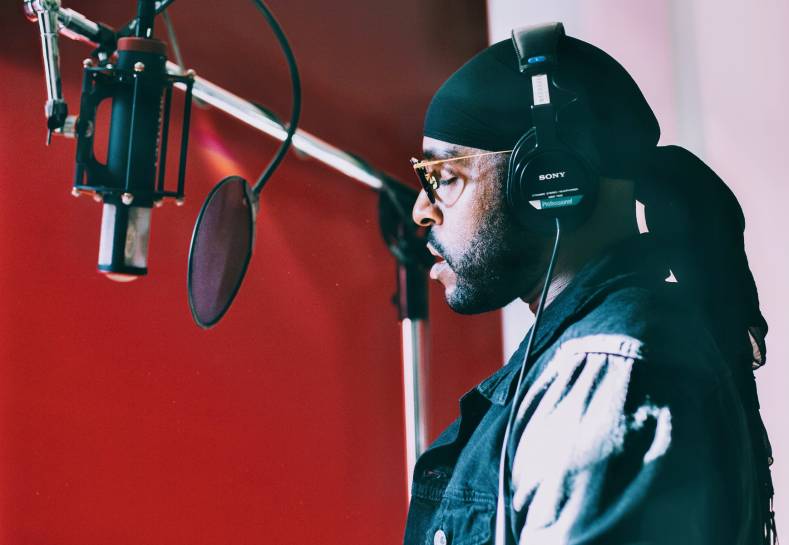 Voiceovers are among the hardest elements of the recording process for engineers to master. A major part of the problem is each voice is different and the narrator often brings a varying skill set to the recording session. There are no hard rules about how to get good results, but these tips can help with most voiceover recordings.

First, we are assuming the room where the voiceover is being recorded has proper acoustic treatment. Dealing with recording in homes and offices is a different matter altogether. For this article, we are addressing voiceovers only in studio conditions. 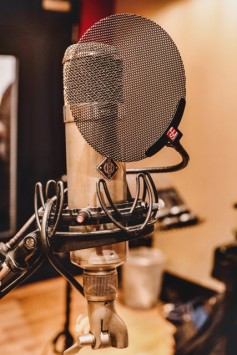 As a starting point, be sure both the voice artist and recording engineer are familiar with the material being recorded. The written word — though it may read well on paper — may contain unexpected tongue twisters that trip up the voice. To avoid this, it is essential to do a read-through before recording.

This is not to say changes can’t be made during the session, but it will lessen the uncertainty going in and save time and money once the session begins.

Voice artists need to warm-up before a session. This can not only prevent a lot of retakes later on, but it gives the engineer time to deal with the hard part: matching the artist’s voice with the studio’s recording chain.

Every human voice is different and experimentation is always needed. This is where it helps to work with voice artists who are pros. Many experienced artists know the type of microphone and preamps that sound best with their voice. Being aware of this in advance can save a huge amount of time. Some voice professionals even own their preferred mic and bring it to the session.

Less experienced narrators depend on the engineer to determine the mic and preamps that works best for them. This is a defining moment in any voiceover session for the engineer. This is also why well-equipped studios have such a large selection of microphones available.

Matching the microphone with the individual human voice is an art form in itself. When compared to a painting, the microphone provides the color and the preamp the timbre of the sound. The microphone can significantly enhance or distract from each voice. 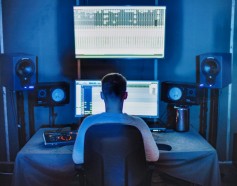 For example, some voices sound best on a large diaphragm dynamic mic with full presence and high mid-range, while others sound better on a detailed, bright condenser mic. Another popular choice is the ribbon, a more natural sounding mic that can darken the voice a bit.

In each of these mic categories, there are a wide range of variations, including pickup patterns. The only way to match a voice with a microphone is to experiment — though a good engineer probably recognizes the starting point.

Once the mic is selected, next comes the mic preamp. It also adds a unique sonic flavor to the mic that it’s paired with. There are hundreds of mic preamps — both solid state and tube-based models — and each sounds different with mics and voices. No wonder each artist should find what works for them and stick with it.

Once the mic and preamp are chosen, technique comes into play. The engineer has to choose the working distance between the artist’s voice and the mic's capsule. This is often determined by the loudness and presence of the specific voice.

The angle of the mic is also important since it can determine frequency. If the microphone is placed below the mouth, upper frequencies that bounce off the roof of the mouth will be captured. This can result in a recording that has excessive high frequencies. Recording on-axis, however, can result in plosive sounds (“S” and “P”), often requiring the use of pop-filters. 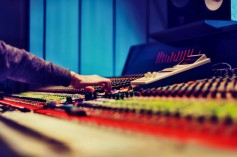 Voice talent who also do radio or television broadcasting tend to use proximity effect — working very close to the mic — to boost the bass in their voice. This occurs when working with a cardioid pickup pattern. It's pronounced sound has long been called the “voice of God” effect.

Using proximity effect might work well in broadcasting but a voiceover recorded too close to the mic can damage the mix by taking up too much headroom. Having the talent back away from the mic, which reduces proximity effect, also cuts the low end and reduces lip noise. Balance here is necessary by the engineer.

Limiting the physical movement of the narrator is important during a session. This is harder than you might think, since most of us move around slightly during all recording. This might be to look down to read the script or just human fidgeting. Slight movement can change the sound. It is part of the engineer's job to catch such tiny variations and make sure the artist remains in the proper place.

In a standing session, it is good to place a piece of gaffer’s tape on the floor in front of the mic and have the artist keep the tip of his or her shoes on the line. In sitting sessions, there is no line to draw, so extra attention is required.

Finally, as with all recording sessions, establishing rapport between the voice talent and engineer is essential to a smooth and enjoyable experience. The engineer must make the artist feel as comfortable as possible. People skills are necessary for engineers in all types of recording, but just as important in voiceover work.

Voiceover sessions can be a minefield of problems or quite easy. The problem is one never knows until it begins. Be ready. 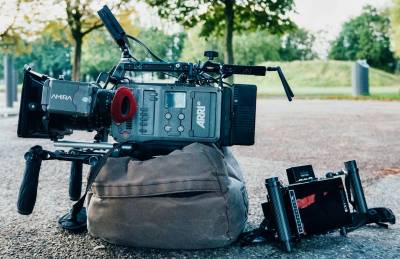 A Clean Kit Is A Happy Kit

A crude sign with the words “A Clean Kit is a Happy Kit” was taped to the wall of the film equipment room during my first television news job in the late 1960s. The message was a reminder to create a m… 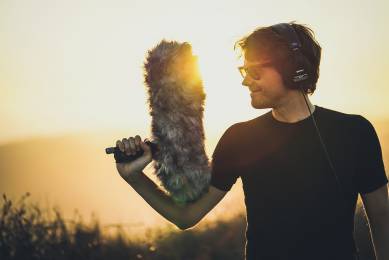