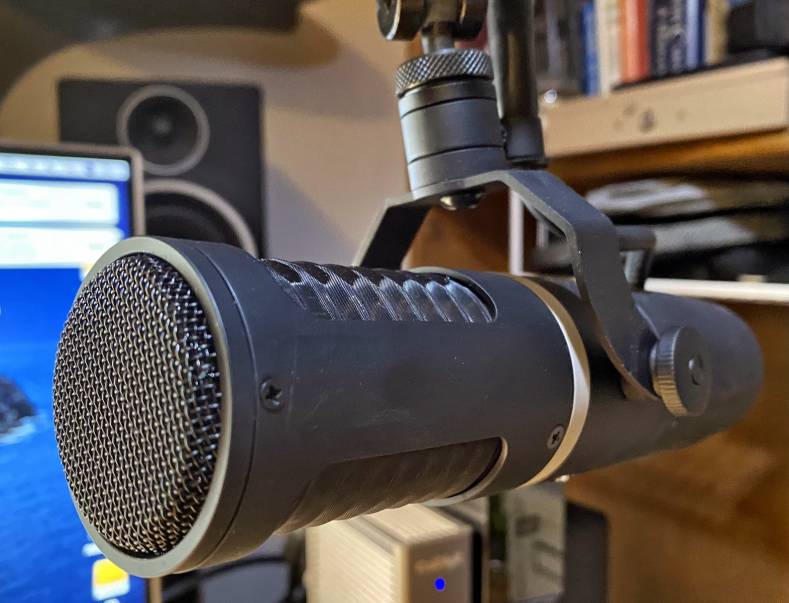 Few memories in broadcasting are more powerful than that rich, booming “Voice of God” sound heard on RCA ribbon microphones in early TV and radio studios. Those mics made most voices sound much better than they actually were — elevating the ego of many a disc jockey or announcer.

From the 1930s until 1976, RCA made some of the best microphones ever created, including the 44BX, an iconic model still being painstakingly reproduced today. Classic RCA mics remain in great demand — as working models, collectibles or new reproductions of the original.

Conventional ribbon microphones have a figure-of-eight pickup pattern. This means they capture sound directly from the front and back, with the sides nulling the sound. In 1955, RCA differed from its figure-of-eight formula by introducing the BK-5A, a smaller uniaxial microphone with a high SPL rating for sound stage use in television and film.

The BK-5A was originally ordered by General David Sarnoff, then the head of RCA, for President Eisenhower for his presidential primary speeches. From there it developed into a broadcast microphone. 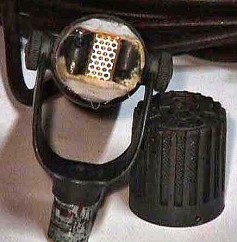 At low fre­quen­cies, the BK-5A's pickup pattern was a true cardioid. At 5,000 cycles per second and above, the pattern became fan shaped. This was often used to reduce pickup of scraping noises from the floor of a television studio set.

The BK-5A’s moving element is a thin corrugated metallic ribbon clamped under light tension to cause it to vibrate at its own resonant frequency. The ribbon is placed between the pole pieces of a magnetic circuit. One side of the ribbon is open to the atmosphere and the other opens on an acoustical labyrinth which has phase-shift openings. This gives the microphone its improved unidirectional characteristics. 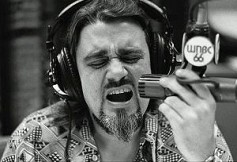 Wolfman Jack with his RCA BK-5A.

The BK-5A was immediately popular with broadcasters, especially as an announce mic. Wolfman Jack used to scream into his BK-5A with his lips touching the front grill. This rugged ribbon mic was built to take a gunshot at close range. At the same time, performers like Frank Sinatra, Ella Fitzgerald, Judy Garland and Perry Como used BK-5As for their musical broadcasts, elevating the microphone as the choice of top level artists.

AEA, a company who took over the repair of RCA ribbons when the division closed in 1976, has just released a new ribbon that looks almost exactly like the classic RCA BK-5, but with specs far beyond it. The new AEA KU5A, whose design is based on an NHK copy of the BK-5, is an active mic with a supercardioid directional pattern that is unique among modern ribbons.

This is not the first supercardioid mic AEA has made. Similar to the very rare unidirectional RCA KU3A (only 600 were made), AEA introduced the KU4, a three-pound near-field mic with reduced proximity effect for close miking.

Interestingly, the RCA KU3 got its supercardioid characteristics from an acoustic labyrinth (basically a folded pipe with internal damping) that delayed the arrival of the sound at the rear of the ribbon. 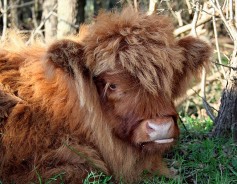 After experimenting with different damping materials, RCA’s engineers chose to stuff the labyrinth with hair from English cows, a breed with extremely long hair for protection during the very cold and rainy winters. The problem was every cow sounded different, giving each microphone a slightly different sonic quality.

This cow hair led to an inconsistency in sound between each KU3 mic RCA made. AEA solved the problem in its KU4 design by implementing fiberglass in the labyrinth, making all the mics sound identical. This found its way into the new design.

Today’s KU5A, offers a superior rejection of sound due to the polar pattern. The cow hair has been replaced by synthetic materials in a newly-designed dual path acoustic labyrinth behind the ribbon. The mic rejects room tone while having a detailed, extended top end. It has active electronics and a custom active transformer, allowing it to work with any modern preamp. 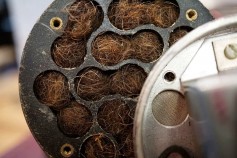 Far more broadcast friendly, the KU5A has a seven-layer protection screen in front of the ribbon, so no pop filter is needed. The frequency range is 20 Hz to 20 kHz and SPL is 135 dB.

The integrated high-pass filter is engaged by an external switch on the rear of the mic. This switch, designed with the human voice in mind, engages the mic’s "near-field" mode. When engaged, announcers can speak directly into the front grille without excessive proximity effect impacting the signal. 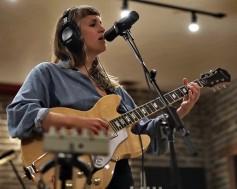 Many musicians have raved about the KU5A for live and studio performances. It can handle 135dB SPL, sounds terrific on vocals and most instruments and is rugged enough for heavy road use.

For broadcasters, the KU5A also brings back an old school aesthetic to announce microphones. Its capture of the human voice is the very reason that ribbon microphones were so prized during the golden age of radio. It tames shrill voices and reduces sibilance and mouth noise. The mic's improved top end erases the old complaint that ribbons mics are too dark. 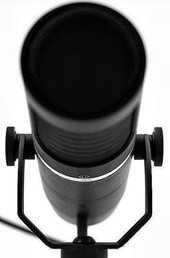 It is recommended with all ribbon microphones that they be covered when not in use. This is to prevent minute iron particles, often called “tramp iron,” from penetrating the screen of the mic. Tramp iron can build up in the magnetic gap and rub against the ribbon, causing distortion or electrical shorts.

Covering the microphone may not be practical in many broadcast studios. When using the KU5A as an announce mic, it might be helpful to purchase the optional outdoor windscreen to give the mic an extra layer of protection.

After using a KU5A for a few days, it clearly brings back that “Voice of God” sound made so famous with classic RCA ribbon mics. After 85 years of ribbon microphone development, this new model is a true progression of modern ribbon microphone technology.