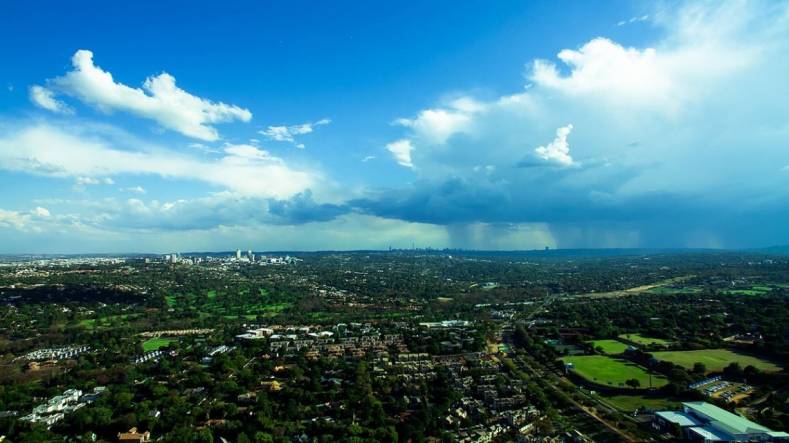 Econet Wireless, owner of the Kwesé brand, is headquartered in Johannesburg, South Africa.

Kwesé Play, the Sub Saharan streaming video service launched amid fanfare and high hopes in 2017, has shut down after several months of rumors over disappointing revenues and failure to recoup high content costs.

The official reason cited for the closure was the economic crisis in Zimbabwe where a lot of the operation was based, even though the ultimate owner, Econet Wireless, is headquartered in Johannesburg, South Africa. However Econet’s founder and executive chairman, entrepreneur Strive Masiyiwa with a network of $3.4 billion, is from Zimbabwe and the content operation appears to have been based there, as most of the users have been.

This led to Econet Wireless group CEO Douglas Mboweni issuing the statement, “we regret to end this service, which thousands of Zimbabweans had embraced and welcomed into their homes and offices as a viable alternative source of news, sport and entertainment. The third-party content providers, on whose content we rely, require payment in foreign currency. With the prevailing economic conditions in Zimbabwe and the current business operating environment, characterized by an acute shortage of foreign currency, sustaining Kwese and the Kwese satellite service was no longer viable.”

But the Zimbabwean economic collapse, which prompted the country to stop recognizing the U.S. dollar, South African rand and other foreign currencies as legal tender in June 2019 in a desperate attempt to curb the black-market trading stoking runaway inflation, looks more like a catalyst rather than cause of the Kwesé Play shut down. The writing was already on the wall as it had become apparent that Econet Media, the subsidiary running the Kwesé brand, had overreached itself over content and roll out. The company had become over ambitious after apparent early success, as witnessed in March 2018 by taking a substantial undisclosed stake in iflix, the “Netflix” of the developing world as a leading provider of SVoD services there. Iflix had also become a significant force in some of South East Asia’s leading economies such as South Korea and also Malaysia in whose capital Kuala Lumpur it is headquartered. This partnership was concluded in December 2018 when Econet purchased the remaining shares in the joint Kwesé/iflix African venture established from that earlier collaboration.

Yet the first signs that the wheels might be starting to come off came in that same month when Kwesé TV closed down the satellite version of its service, having failed to make much headway against Multichoice as the dominant Sub Saharan DTH operator. Econet managed to put a positive spin on that by arguing it cleared the way to concentrate totally on its OTT and especially mobile services. These were widely considered to have good prospects given that cellular networks often represent the only viable delivery alternative to satellite for video in most parts of Sub Saharan Africa, where there is a lack of cable and fixed broadband infrastructure.

But ambitions ran ahead of revenues, including substantial investments on the technology front, where Econet had adopted encoders from AWS Elemental along with content security from Verimatrix. These two had already integrated their software tightly so that they dovetailed together almost as a single coherent software platform combining the security management, encryption and encoding processes. This integration was a key factor in the choice of the combined package at the time, according to Econet.

Another key player, which has been more heavily implicated in Kwesé TV’s ultimate demise, has been Roku as the supplier of streaming boxes. Indeed, Econet Media began in 2017 by becoming exclusive distributor for Roku, which gave the operator an end-to-end platform including relatively inexpensive hardware and a wide range of channels for its streaming services. Econet initially deployed its TV Everywhere service on the back of its satellite offering in 17 Sub Saharan countries, as well as mobile apps for both iOS and Android devices, alongside the Roku app for fixed line access.

It seems that Roku has played more than a passive role in the Kwesé Play shutdown, having issued the statement: "Econet licensed our platform to deliver the Kwesé Play streaming service to its customers. Econet is shutting down the Kwesé Play service and is no longer working with Roku.”

This appeared somewhat at odds with Econet’s statement: “A few weeks ago, Roku, our technology platform partners, deactivated all the Kwesé Play devices in our markets and customers have been unable to use them to watch Netflix, YouTube and other apps on their TVs. We’ve spent considerable time negotiating with Roku in order to reactivate the devices, but have unfortunately been unsuccessful. This means that the Kwesé Play devices will remain deactivated and will no longer work.”

Whatever the truth of the intrigue, it is clear that Kwesé TV’s demise is a setback not just for the greater Econet Wireless group but also for video services in the region, with a paucity of competition and lack of options for accessing premium content in many areas.