Online TV is now the primary source of video content for Swedes.

Increasing OTT fragmentation is creating a new and perhaps last opportunity for traditional pay TV operators to seize back some control from major online service providers by re-aggregating online content under common UIs and recommendation engines.

This is the oblique finding of a recent study from entertainment metadata specialist Gracenote and digital media analyst firm nScreenMedia, entitled TV Universe – UK, Sweden, Germany: How People Watch Television Today. Although this study, focusing on pay TV, free-to-air and online TV viewership, is confined just to three European countries, its findings are equally applicable in other developed markets including the US, and also many developing ones.

The study naturally unearths significant differences between the three countries but the underlying theme is that TV viewing has become a complex undertaking for consumers, who juggle multiple services to get all the video content they want and access that across multiple devices. This fragmentation in turn is driven by an unprecedented shift towards online TV in the 7 years since Netflix arrived in Europe with launch of its UK SVoD (Subscription VoD) service in 2012. Online TV, including linear and SVoD, has become the second most popular source of content behind legacy pay TV, with usage ranging from just under 40 per cent in Germany to more than 50 per cent in the UK and Sweden. So whereas 12 years ago, most homes relied on a single source for TV, today nearly half of viewers in all three of the countries studied are multi-source television households.

“Consumer behavior relating to TV viewing is changing rapidly in Europe as it is around the world,” noted Simon Adams, Chief Product Officer, Gracenote. Equally significantly, behavior by major OTT service providers is also changing, prompted in large part by the rise of Netflix to dominate SVoD not just in the US but in many other of the leading markets on the back of aggressive investment in original content. This has caused the major Hollywood Studios in particular to seek greater vertical integration and increasingly, as in the case of Disney, to pull their content from Netflix, with the aim of luring consumers towards their own emerging global SVoD or OTT platforms.

Until just a year or two ago Netflix, along with its SVoD competitors like Amazon, Hulu and HBO Now, boosted the consumer experience amid rising churn from major pay TV operators, especially in the US but increasingly in other markets. But there is now mounting evidence, not just from the Gracenote/nScreenMedia survey but also others, that user frustration has set in again amid mounting streaming chaos. There are now over 1000 streaming services globally, all accessed through different apps or web pages, with different UIs, navigation and recommendation.

A survey of 2003 US TV consumers conducted between December 2018 and February 2019 and published as the 13th edition of its Digital media trends survey, conducted by Deloitte’s Technology, Media & Telecommunications practice, found that while users appreciate the freedom to customize their entertainment experiences, they do not enjoy the hassles, responsibilities, and even vulnerabilities that can result from choosing options à la carte. Major frustrations include shows disappearing from libraries on streaming services, which is occurring more frequently as more studios and TV networks pull content from major streaming services to launch their own direct-to-consumer (D2C) offerings.

Another major frustration is discovery, with almost half of consumers in the Deloitte survey reporting frustration over the growing number of subscriptions and services they need to piece together to watch what they want. The major benefit of having multiple subscriptions, that is access to many great shows and movies, is compromised by the difficult finding the ones users want to watch.

This is echoed in Europe by the Gracenote/nScreenMedia study, which surveyed 1,500 adult TV viewers in those three countries, the UK, Germany and Sweden, during February and March 2019. “It is telling that though most online viewing takes place on the television, consumers don’t have the discovery tools they need to efficiently find something to watch there,” said Colin Dixon, Founder and Chief Analyst at nScreenMedia. “Features such as voice and cross-service search are thinly used in each country. There is also plenty of room for improvement with content recommendations as a quarter or less think they accurately reflect their interests.”

This is where legacy pay TV operators have an opportunity, by aggregating services together. It is true that the big content houses such as Disney may well not grant rights to pay TV operators but they could still aggregate a lot of content and assemble compelling packages for consumers, especially in some non-English speaking countries. Even in say the UK and US they could reduce the number of services consumers need to subscribe to. 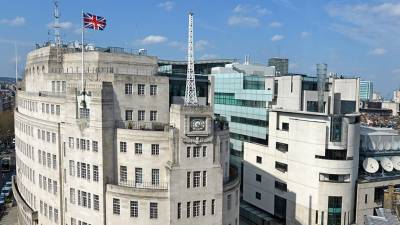 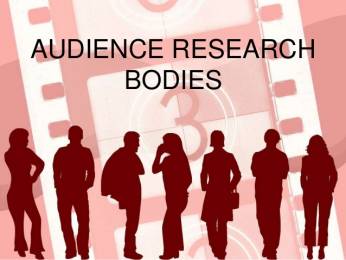