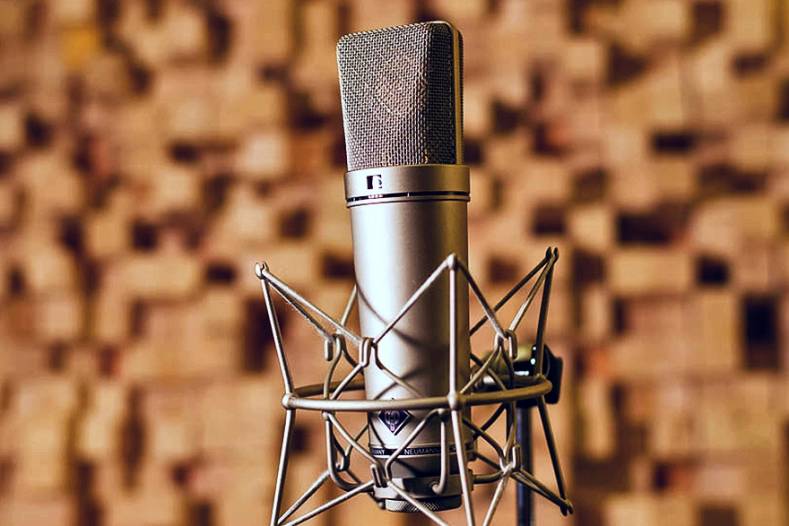 One of the most critical components of any studio is a large diaphragm condenser microphone. It is the centerpiece of the studio’s sound. But how do you take care of these mics? Here is a guide.

Always use a pop filter when recording vocals, the company advises. This will stop the vocal performer’s spit from landing on the diaphragm. The charged diaphragm can attract saliva particles right onto the mic membrane.

Keep the mic in a plastic bag when not in use, Sweetwater advises. Whether the mic is stored in its case or left on a stand, a plastic bag (like an unsealed sandwich bag) will stop airborne dust and the foam from windscreens and storage cases from settling on the capsule.

When using the microphone, keep the vocal performer at least six inches away from the mic to prevent plosives from buffeting the capsule. Never turn on the power supply for a vacuum tube condenser mic before connecting the mic.

Studio condenser mics are fragile tools. They might be able to withstand more abuse than you expect, but they will probably last longer if you treat them with kid gloves instead of tossing them into a mic locker when a session ends.

Use the original mic clip and/or keep the shockmount in good condition. Many condenser mics do a head-first swan dive straight into a hard studio floor because the clip was damaged or inadequate for the task of steadily holding the mic.

Use a suitable microphone stand and make sure, in the case of a tripod stand, that the supporting leg is directly beneath the microphone. Even the best stand will topple if the weight of a mic is positioned between two supporting legs.

Make sure to counterbalance the microphone’s weight with the ballast weight on a tripod boom. Ideally, the mic and the counterbalance should equal each other when the mic is positioned. That way the latch is not holding up the weight of the mic. Doing this will help assure that if a clutch slips, the mic won’t drop onto a user’s head.

If you are using expensive condenser mics, don’t cheap out on the mic stand. Investing in a heavy-duty, high-quality stand is like buying insurance. Never ever put an expensive mic on a cheap stand.

These are simple, common sense rules that most people ignore except in the most professional recording studios. Learn from experience and save a microphone.