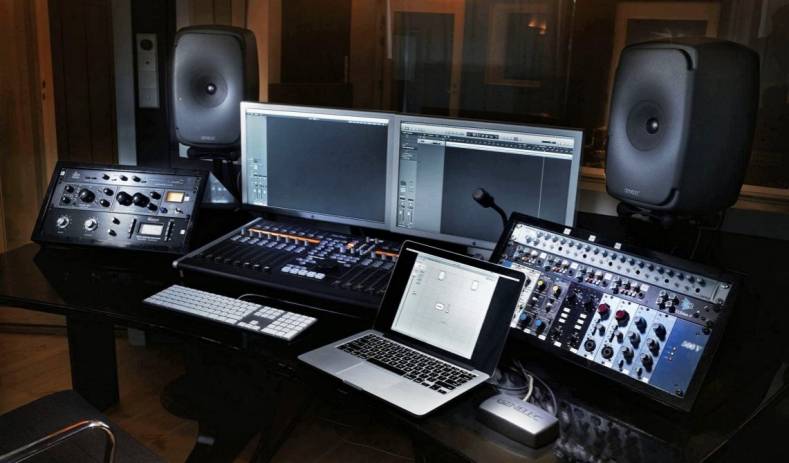 High fidelity speakers for the home environment differ from professional audio monitors due to their sonic accuracy. In the studio, we want to hear mistakes in the audio and not have the speakers cover them up. At home, we want to enjoy music. So what are the differences?

When producers and engineers listen to music, they do it with a different mindset than the consumers of music. At home, most listeners simply want their system to sound good. It doesn’t really matter if the sound they hear is an accurate reproduction of what the artist intended. All that matters is the listeners’ subjective impression.

For this reason, Neumann, the manufacturer of professional monitors, tells us many speakers for home use boost the bottom and top end. The resulting “smiley curve” makes the music appear more powerful and crisp. 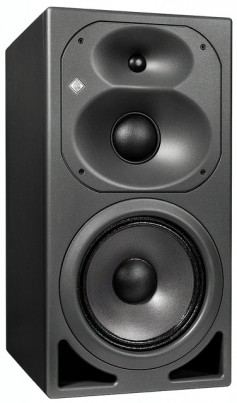 However, musicians, producers and engineers want something different from a speaker. They want to hear the plain, unvarnished truth. For those doing professional recording, it doesn’t matter if the speakers are in a home studio or in a dedicated studio. The intended purpose for listening is different. If there are wrong notes, extraneous noises or imperfect sounds, the pro needs to address those issues before anyone else notices. Professional monitors offer more detail than usual hi-fi speakers. 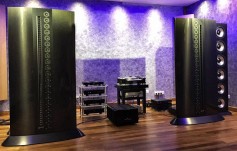 Home speakers, like these, may cost far more than studio monitors. But they are designed for different purposes.

Home speakers are usually passive and require a single outboard amplifier, while studio monitors are often active with matched internal amplifiers. Why active?

Active speakers offer some advantages, according to Neumann. Often they contain not only one power amplifier but several. The woofer, tweeter and mid-range speaker each get their own power amplifiers, which results in a punchier, more accurate dynamic response. That’s because the woofer, which requires lots of power on each bass note and kick drum hit, won’t take away any energy from the other speakers, as it might on a passive speaker run by a single amplifier. 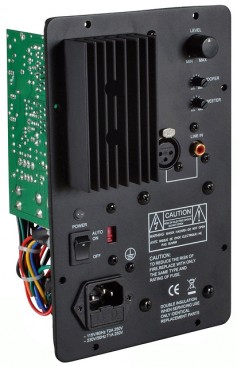 Having dedicated power amplifiers for each speaker also makes it easier to build top quality crossovers. Not only because the crossover can be placed before the power amps, but also because active circuitry can be used to obtain steeper filter slopes. This reduces overlap between the woofer, mid-range speaker and tweeter, which results in a clearer, more detailed sound image.

At the mixing stage, balance becomes important in a monitor. There is a fine line between loud and too loud, between powerful drums and the drums overpowering the vocals. And there’s an even finer line between solid bass and booming bass, between crisp treble and harsh treble. It takes accurate and linear speakers to make such mix decisions with any degree of certainty, said Neumann.

When shopping for professional studio monitors, don’t get trapped in a consumer mentality. Dealers will demo monitors the same way as consumer speakers, playing only the music that makes them sound their best.

Listening to a perfect recording, however, will not tell you anything about the monitor’s ability to reveal flaws? It is easy to purchase the pair of speakers that sounds the most impressive, rather than the ones that are best for accurate monitoring.

Pros always bring your own music with known flaws. Listen for these flaws and avoid the speakers if you don’t hear them. The best speakers for professional monitoring are ones that reveal mistakes that you wish you could have fixed. If your music sounds good on the most revealing studio monitors, it will sound good on any playback system.