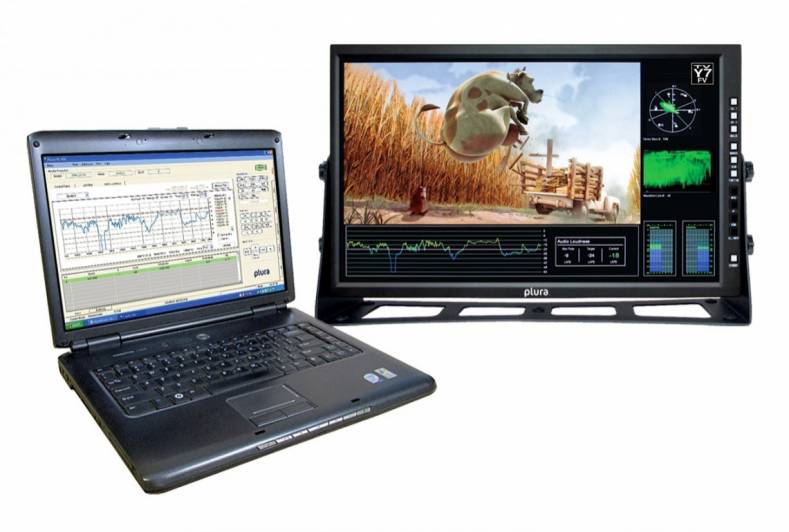 The consolidation of the broadcast and production infrastructure continues to accelerate. The transition from analog to digital workflows – and gradually, onward to IP – has clearly reduced the number of separate components across facilities, from master controls to central rack rooms.

It’s not as if traditional workflow tasks are disappearing with the hardware.  Instead, manufacturers have increasingly integrated certain functions into larger components or systems.  Routers, for example, now often include built-in multiviewers and core signal processing functions from frame synchronization to audio embedding.

Test and measurement functions are especially ripe for integration into larger packages, and it’s not uncommon to find some general signal metering built into multiviewers, servers and even transmitter modulators.

Loudness control is one area that has been slower to integrate into other systems.  Many broadcast and production facilities still rely on dedicated boxes and monitors for audio analysis.  Plura is modernizing the approach to loudness monitoring and logging – which is somewhat ironic, being a fairly modern development itself – by integrating this functionality into its line of video monitors.

Video monitors have played a fairly consistent and unchanging role in the broadcast and production facility.  The transition from CRT to flat-screens has improved image quality, freed up real estate, and simplified configuration through more dynamic and intuitive menus.  However, the function of the monitor has not changed much beyond general viewing and quality evaluation.

The integration of loudness monitoring, or more specifically LKFS monitoring into a video monitor, brings a necessary function of the DTV environment into a visually appealing application.

The acronym LKFS is shorthand for “Loudness, K-weighted, relative to nominal full-scale.”  Technically, LKFS represents the amplitude level that is communicated to viewing audiences in decibels (dB), but focuses in on the audio elements that viewers recognise the most.  Essentially, achieving an LKFS measurement requires increasing high frequencies and dropping lower frequencies across 5.1 channels, with additional calculations around power averages for each audio file.

LKFS is significant as it provides an integrated measurement over time.  Based on the loudness measurement method defined by the ITU-R BS.1770 standard, LKFS is unique from a VU or PPM meter that only provides detail around overall peaks.  Instead, LKFS more closely resembles an energy measurement, delivering incremental loudness measurements associated with DTV audio.  In the United States, that incremental approach is pertinent to maintaining the target level of -24 LKFS associated with the CALM Act.

While Plura monitors incorporate software that ensures compliance across all international regions, for the purpose of this article we’ll focus on US compliance.

The -24 LFKS measurement that US broadcasters adhere to is based on a Dialnorm level of 24.Dialnorm, or Dialog Normalization, is a metadata parameter of Dolby AC-3 – the encoder responsible for preparing and delivering DTV audio to consumers.  Dialnorm metadata aligns with perceived loudness compliance, with numerical values ranging from 1 to 31.  Those values in LKFS measurements translate to -1 to -31, with -24 the target level for assured compliance in the US.

Configuration is simple.  Users select their LKFS targets levels (as in -24) using a settings menu.  These simple, easy-to-read menus display as a histogram across the bottom of the screen.

Once the target level is selected, an audio mixer, production editor, or QC engineer then simply follows the on-screen reference meter.  At or near -24, the meter stays green to represent all is well.  When the audio is too soft – say a -29 LKFS level – the meter shades blue.  When it begins to run high, the meter shades yellow, and will turn red to denote dangerously high levels (say -10).

The software also integrates logging capability into the package.  Instead of requiring a separate device, logging reports are automatically exported as a PDF, Excel or CVS document to a standard computer.  All data is intelligibly sorted by timeline, giving broadcasters a clear point of reference to crosscheck viewer or advertiser complaints and similar issues.  It allows broadcasters to verify that a delivered program meets specifications through both real-time metering and a legible readout.

When integrating LKFS metering and logging into video monitors, note that the meters allow users to maintain exceptional dynamic range so consumers get the most out of their audio at home, all within legal standards.

Loudness metering and logging is not the only software built into Plura monitors.  The PRM-3G and SFP-3G monitors also incorporate V-Chip information, closed-captioning and waveform vectorscopes.  Innovation in monitoring is taking the consolidation of the broadcast and production infrastructure to new and unexpected heights, helping users reduce costs and complexity across the workflow.