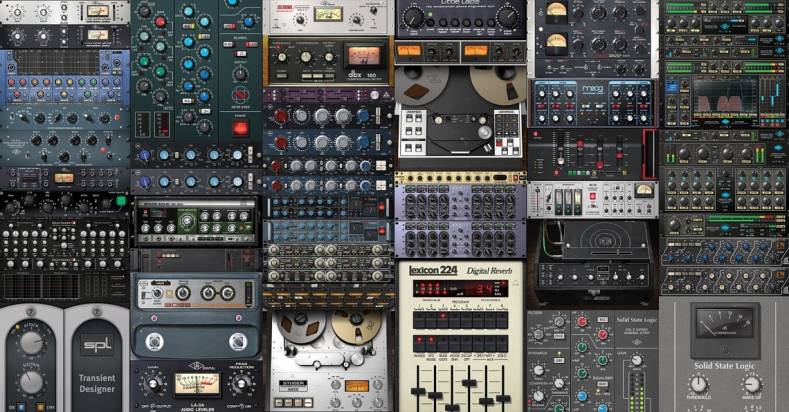 One of the stark differences between pro audio and video is the pursuit of vintage technology. As video technology continually improves, most working professionals go after the latest gear as soon as it hits the market. For audio, on the other hand, the pinnacle for many professionals are vintage components from decades ago. Why the huge difference?

While video continues to be refined, resolutions upgraded and camera packages miniaturized, many professionals feel audio hit its golden age in the analog era — long before video came of age. That might explain why some of the most coveted audio gear is now over 50 years old.

Original audio gear like the Neve 1073 audio preamp from the mid-1970s, the Telefunken/Neumann U47 condenser studio microphone from 1949 or Fairchild’s 660 and 670 compressor/limiters from 1964 all command astronomical prices today. In fact, this vintage audio gear is now more expensive than much of today’s high-end video gear.

It seems the older the audio gear is, the more users will pay for it. On the other hand, older video gear from only a few years ago is essentially worthless. Of course, expensive vintage audio gear is not for everyone — only those with the deepest pockets.

Ironically, we are simultaneously living a new golden age of sound, where professional quality digital audio equipment is getting lower in cost and higher in quality. Computers changed the game. Even audio plug-ins that emulate older gear have dramatically improved in recent years. A decade ago they couldn’t hold a candle to the real thing. Today, most people can’t hear the difference.

So what’s behind the fascination of many audio pros with vintage gear or modern replicas of the past’s greatest hits? Perhaps part of it is a mix of very human motivations. Every audio engineer knows of music they love and grew up with that was made with the older gear. Some feel owning the same gear might rub off on their work as well. Others genuinely feel the vintage gear sounds better.

It is perhaps the same as why some artists still travel to the old Sun Records studio in Memphis to record their music on vintage gear or others seek out Room 414 at the Gunter Hotel in San Antonio, Texas, where the great bluesman Robert Johnson recorded some of his best music in 1936. If these places did it for them, maybe — just maybe — it can do it for me. 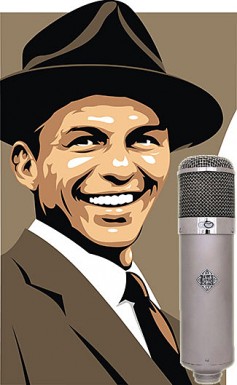 Frank Sinatra with his trusty "Telly" U47 mic.

And why is the U47 microphone still so popular? Some like it because it was Frank Sinatra’s favorite mic. He called it his “Telly” and always requested it after 1950. The mic enhances the sound in the mid-range frequencies (between 400 and 2K Hz), making Sinatra’s voice sound brighter and helped it cut through a full orchestra. If it worked for Sinatra, well….

The actions of some artists border on superstition. When a player sent a vintage Shure “Green Bullet” harmonica mic back to the factory to be refurbished, he also sent some cotton hand-picked for him from the cotton fields in the Mississippi Delta. He instructed Shure to use the cotton around the mic’s cartridge. He felt having that cotton might bring him better luck as a performer. 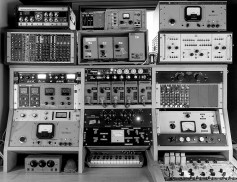 The vintage gear movement, in a word, offers buyers a sense of authenticity. It’s not just audio quality. In the 1920s, many American writers sought authenticity by moving to Paris or Mexico. It’s also true with painters, photographers, poets and other artists.

Many audio professionals perceive older gear as offering the same kind of authenticity and purity of spirit in their sound that is missing today. There is also a feeling that older gear was built better than today’s gear. That’s not true, of course, but it is widely perceived. 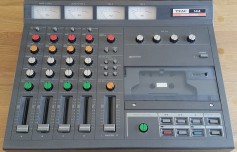 The fact is the equipment makes very little difference in the final video or sound recording. That sense of authenticity actually comes from the creator’s talent. Bruce Springsteen did his album, Nebraska, on a four-track, cassette-based Tascam Portastudio 144 at home. It was his creativity, not the quality of his gear, that made the recording a hit.

All gear, whether it be for picture or sound, is only as good as the talents of the person creating the project. What is “authentic” for one person is not for another. Creativity can’t be purchased in a bottle. Outstanding, original audio and video comes from the creator’s head, hands and ears, not from the gear being used. 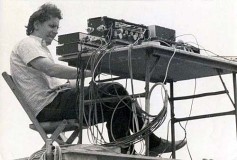 Preferences for vintage gear are passed on from older to younger generations through emotional responses from the older person’s past experiences. The equipment used at Woodstock in 1969 is not a good choice today and will not “re-create” that experience. It is up to each generation to design their own productions for the time they live in.

For a new generation of creators, it is best not to care so much about the gear used in the past. Get the best gear — video or audio — that you can afford and proceed to create the best work you can do. One day, when you have your own hit, younger generations might want to copy the way you did it.