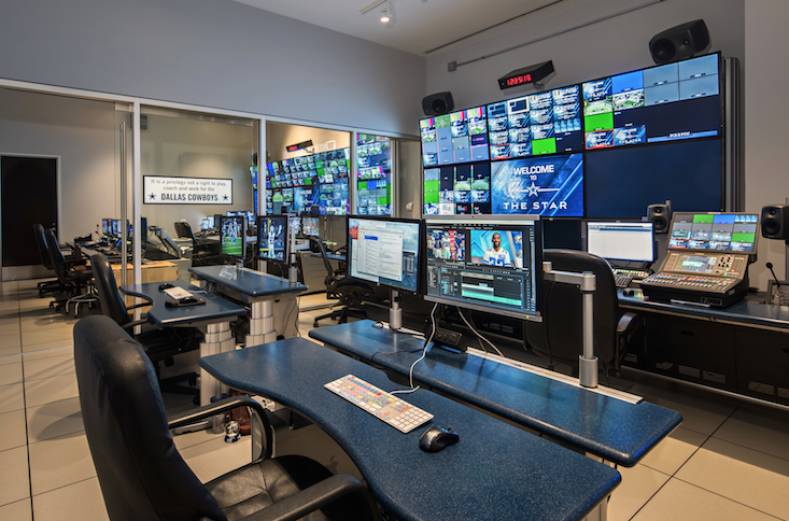 As more and more broadcast facility operations migrate to automated production and distribution systems, companies that market technical furniture are now offering next-generation products that accommodate less equipment (and operators) and consume less space while supporting the use of new technologies like flat screen displays and software-centric control systems. This includes the use of new fabricated materials that stand up to the daily rigors of operator use.

Despite a reduced investment in the large-sized facilities of the past—there are some notable large projects under construction or recently completed, but these are the exception to the rule—however, broadcasters are still building (or upgrading) new rooms and satellite facilities that require technical furniture, albeit smaller in size and less complex to install and maintain. Therefore, overall, business has been steadily increasing, according to representatives from Custom Consoles (Leighton Buzzard, UK), Forecast Consoles (Hauppauge, NY), and TBC Consoles (Edgewood, NY).

“Demand is high [for technical furniture] across a range of industries, with the majority of customers recognizing the benefits of a well-designed modular solution that can be reconfigured easily to fulfill future needs,” said Neil Reed, Managing Director at Custom Consoles. “At the moment we’re seeing a 50-50 split between new builds and refurbishment of existing facilities.”

“New finishes are always being sought,” Reed said. “We are constantly researching new products and their application methods to bring these to our clients. We are also seeing increased demand for desktop power units, including USB charging.”

To that end Custom Consoles has invested significant resources in the development of a range of new finishes. They are now using thermo-foiled worktops across its edit desks ranges.

“A number of benefits are gained in terms of aesthetics, cost and increased range of finishes, including aircraft-grade Kydex on the new EditOne Radio Desk,” he said. “Another step forward is the ability to powder coat MDF, a difficult process on a non-metallic substrate. This brings the benefits of being able to specify any color of desk carcass whilst still maintaining durability.”

A recent introduction is the company’s Media Post, which complements its Media Wall range of products. Media Post desks can accommodate up to a 65-inch display and auxiliary devices such as loudspeakers. It’s designed to be used within open plan areas of a facility or on a production stage set. Reed said that once the Media Posts are installed, there are no visible cables. Other applications include studio floor monitoring, script display prompts and in-view studio backgrounds.

Each MediaPost unit is constructed from extruded aluminum profiles, black or silver anodized, forming a rigid 1,806-millimeter high column. These are supported by a 700 mm wide x 590 mm front-to-back base fitted with rear wheels to allow easy positioning. The base and a middle-height equipment shelf are finished in a matte black powder coating. Optional loudspeaker mounts are available as required.

“Despite the arrival of software defined and automated production control systems into the broadcast space, operators like the comfort and familiarity of a tactile experience and a physical control panel,” said Ryan Haberman, CEO at Forecast Consoles, adding that the company is having its best sales year ever. “As long as there’s that need for a physical workspace, there will always be a need for custom designed furniture. So, you are going to see purpose-built technical furniture well into the future.” 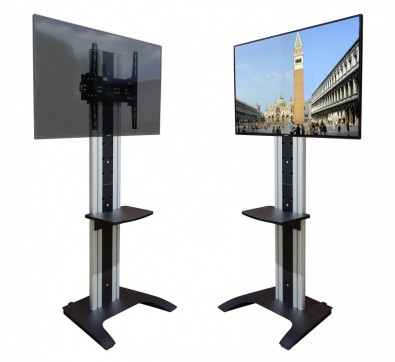 Custom Consoles’ MediaPost units are designed to support monitors on set or in the control room.

These new facilities include low-profile desks with less equipment visible to the operator, and most control commands are performed via a tactile control panel or a software interface.

Desks Are Getting Smaller

“I think the increased use of KVM systems in production studios has helped reduce the amount of equipment on an operator’s desk,” Forecast Consoles’ Haberman said. “Operators now want low profile desks with minimal or no equipment on turrets. For several years now we've been dealing with customers that want to do more with less. It’s juts the nature of the business today.”

“Where there are lots of automation and single or dual operators controlling several machines, we often recommend an arched, cockpit-style workspace that allows the operator to access all of the equipment they need to as quickly and easily as possible,” Hahn said.

TBC Console’s best selling products come from its SmartTrac line, which feature a range of smaller, lighter weight consoles that don’t have much of a footprint and do not require any hardware under the counter top. It also includes height-adjustable desks for applications that require a sit-stand desk.

“We offer large as well as smaller profile systems, where customers are moving from six or 12 rack units to maybe four or five,” Hahn said. “There’s no doubt that the use of touch screens is increasing. All hardware boxes are being changed out for flat screens. We now often build workstation desks where the screen can be pulled towards you for better access to the touch screen display.”

Although they are not common anymore, there are some larger-scale projects now under construction that harken back to grander facility days. 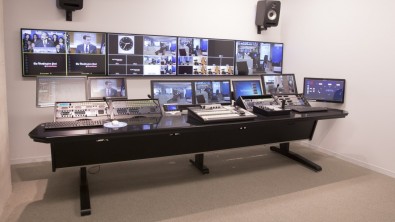 For BCE, Custom Consoles installed more than 40 control desks and monitor walls, with the majority coming from the company’s Module-R and Module-R Lite ranges. Alongside these we also provided variants of the EditOne desks, Media wall and Media Posts.

Forecast Consoles is supplying its Master Vision products to the new $250 million NBCUniversal/Telemundo facility in Miami, Fla., that is set to open in 2018. Forecast has nearly completed the process of installing technical furniture to support ten controls rooms plus another 70 support rooms (graphics, ingest, audio, video control, etc.). They all feature some type of Master Vision product.

“This is a once-in-a-lifetime project, and we’re happy to be supporting it,” Haberman said. “No one builds these types of mega facilities anymore, so kudos to NBC Universal for investing the money to build a world class facility.”

The Future Is Whatever You Want

Suppliers of tech furniture say there’s is a very custom business, and as such they can and do build a wide variety of capabilities and sizes into their products. As control rooms get smaller, so too are the products used to furnish them. Potential customers are encouraged to figure out the size of their room and then speak to a sales rep at these companies to find the specific workstation desk or monitor stand that works best for the type of workflow and production at hand.

No matter what technology is being deployed, all agree that there will always be a demand for tech furniture. However, more and more equipment is being located off-site (e.g., cloud) or in a separate equipment room in order to free up the ever-reducing amount of desk space. The reality is that over time there will be more and more digitization of user interfaces, so operators will move from a physical control panel to a software interface. Yet they still have to sit at some type of desk to do it.