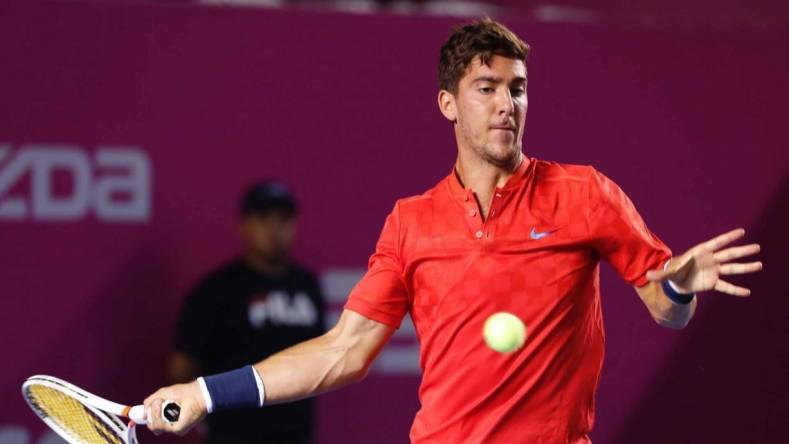 Amazon has won exclusive rights to show ATP Tour tennis matches in the UK for the next five years, apart from the four grand slams.

Amazon has taken a key step in its bid to become a leader in global live online broadcasting by winning its first significant sports rights deal outside the US. The company has outbid Sky and the BBC for rights to show the ATP World Tour tennis in the UK apart from the four grand slams.

Although the £10 million ($13 million) paid is small beside the cost of major football rights in Europe it highlights a measured strategy to amass a range of content across multiple territories for the next tier down with still sizeable target audiences, especially when aggregated around the world. This sets Amazon apart from its pure play OTT rivals like Netflix which have so far spurned live broadcasting in general, but is more in line with the big social media players, given that Facebook and Twitter which have been experimenting with mostly second tier sports rights in the US.

Amazon’s most significant US deal signed in April 2017 is to stream 10 Thursday-night American football games in the US this season, alongside broadcasters NBC and CBS. Meanwhile Amazon has also been acquiring third party rights to show content from dedicated broadcasters, notably Eurosport, owned by Discovery Communications, which offers a wide range of mid-tier sports content while making some inroads at the top end. For example Eurosport has rights to 7% of German first division football for the four seasons ending 2020/2021.

Amazon is showing Eurosport content via its Live Channels which are available as an upgrade to its Prime members, for an extra £6.99 a month in the UK. The idea for now seems to be to offer a broad catalogue of sport from which users can cherry pick one or two individual channels, given that taking the whole lot would work out very expensive. But Amazon has one key strength that most of its rivals lack in its formidable AWS global infrastructure. This was highlighted at the AWS Media & Entertainment Cloud Symposium in London June 2017 where the company outlined its strategy for combining low latency with high availability on a worldwide basis for live online streaming. Speaking at the event, Ben Forman, European Head of Live Streaming Architecture for Amazon Video, argued that having full control over the whole video lifecycle would provide a competitive edge in delivering premium live OTT services worldwide.

Latency was minimized through use of fiber transmission combined with edge caching, which is not itself unique but in Amazon’s case more extensive than rivals can achieve, at least without the help of external CDN providers. The differentiator emphasized more at that symposium was in ensuring consistent QoS with zero impact on customers of technical failures within the infrastructure, while keeping maintenance and customer support costs to a minimum. Amazon stressed the importance of keeping control of costs within the absolute imperative of at least matching the user experience of traditional broadcast services.

The zero impact is achieved by partitioning the global infrastructure into primary and secondary regions for failover. This again is not unique to Amazon, but few others can match the coverage density and reach. This incorporates the technology acquired with the purchase of Elemental for $296 million in 2015, renamed AWS Elemental in April 2017. The architecture now comprises primary Elemental video processing nodes encoding incoming live streams at multiple adaptive bitrate (ABR) resolutions, typically five, that are then pushed out to secondary nodes called AWS Elemental Deltas. These in turn package the five resolutions and deliver them, according to request, to Apple HLS, MPEG DASH, or Microsoft Smooth ABR clients. Optionally, customers can configure a third set of AWS Elemental Live and AWS Elemental Delta nodes to provide a sample video feed for testing purposes. The main point though is that this provides separate streams from the original source for high availability and avoidance of a single point of failure in distribution.

Back on the latency front, the architecture allows for video routing via the best performing network or region on a real-time basis. Then to cater for the impact of local faults within the networks, Amazon has deployed monitoring software at every integration point, with automatic fault detection, recovery and some self-healing built-in, according to Forman.

On the cost front, the idea is to employ a certain amount of redundancy on the basis that this is less expensive than regular deployment of engineers in the field. Investment in robustness and resiliency within the infrastructure is part of this, along with the ability to shut down and bypass failed parts of the network rather than make too many unscheduled calls to engineers.

Amazon is dovetailing this infrastructure approach with a calculated content strategy which seems to involve exploiting the hyperinflation that has afflicted the very top sports rights. Clearly in the case of the UK tennis rights, Sky could have bid more but chose not to do so, having been forced to scale back investments for content deemed less critical by the massive outlays on football. Sky had paid £4.2 billion for the major share of English Premier League rights but just covering the three seasons from 2016-17, while also spending heavily on exclusive rights to Formula One races until 2024. With the regional broadcasters forced to pay colossal sums to retain their pole positions in the blockbuster sports, Amazon is quietly amassing an arsenal of content with rights spread around the world, aiming at the same time to exploit its infrastructure for differentiation on user experience.