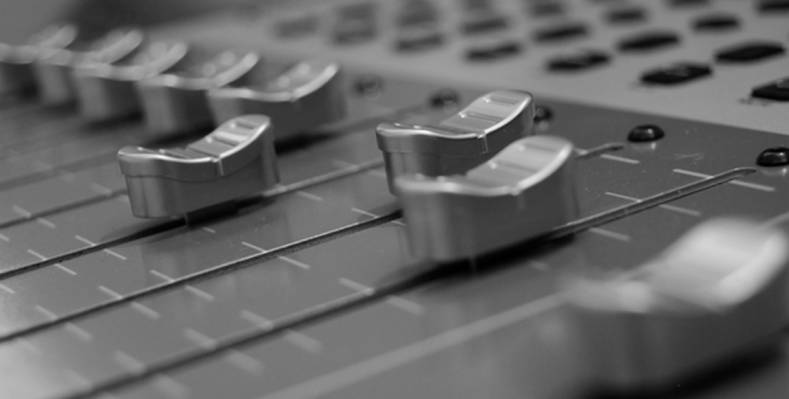 This article is a basic primer with excerpts taken from the larger comprehensive document written by this article’s author for iZotope, Inc. The complete eBook and PDF is available for free at: https://www.izotope.com/en/support/support-resources/guides/

What is Mixing?
Mixing is the craft of taking multiple audio tracks and combining them together onto a final master track—be it a 2-channel stereo master, or 6+ channels in the case of surround mixing. The way we combine tracks is equal parts art and science, and involves utilising a variety of tools to bring out the most emotional impact from the song or soundtrack.

Mixing can be as simple as presenting great-sounding tracks in a more impactful way. Other times, mixing may require repairing tracks that sound sub-par. Each mix presents its own problems and challenges—it’s your job as the mixer to not only solve these problems, but to present the material in the way it sounds in the client’s imagination.

The Four Elements of Mixing

Think of a mix as a sonic three-dimensional image. There are four essential elements that we use to control that image:

Level
Level seems pretty simple—when we want to hear something louder, we turn up a fader. And the louder components of the mix grab the listener’s attention more than the quieter components.

EQ
EQ is really just a more detailed level control that lets us boost and cut levels at specific frequencies. EQ is the easiest way to shape the tracks in your mix so they fit together—and provides a powerful way to add personality and character to the individual tracks. Most equalizers allow independent control of the three most common variables: amplitude, center frequency and bandwidth.

Panning
If you were to think of level and EQ as the vertical (up/down) elements, panning would be the horizontal (left/right) element. Panning can be very helpful for elements that sit in the same frequency range. By panning one to the left and the other to the right, you can separate the two instruments or FX and reduce the chance of one sound masking the other, and making it harder to hear.

So utilizing the four elements we have control over and changing them throughout a song or show’s structure can result in a vibrant and dynamic mix. Mixing involves a fair amount of sleight of hand—you’re deciding what elements the listener is focusing on and you can change their focus within the mix at any point. A good example of this is going from a vocal melody to another instrument soloing. You’ve now seamlessly taken the attention of the listener from the vocal to the solo. For TV, changing the EQ can instantly take you outside of the room you were just in.

PRINCIPLES OF EQ
There are many different types of equalizers, and they all perform boosts and cuts in specific frequency ranges. The frequency range can be divided into several bands, such as a low band, a high band, and so on. This allows for unique adjustments to be made in certain areas. Equalizers usually consist of several bands: each band of an EQ is a single filter.

THE ART OF EQ
Let’s take a look at some general EQ tips. 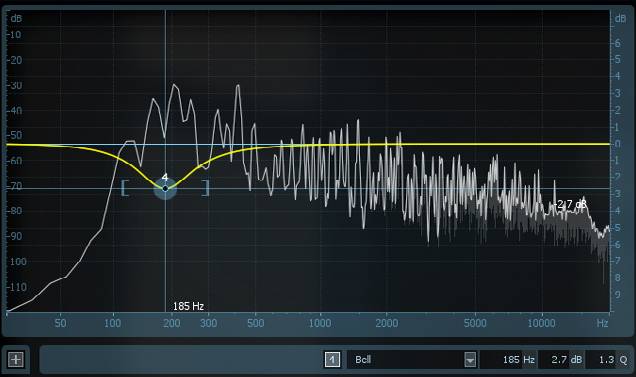 This photo shows that the one band of the equalizer has been selected and has been dragged down to cut the frequencies centered around 185Hz by -2.7dB.

WHAT ARE DYNAMICS FOR?
Using these processors is a way to control, reduce or expand the dynamic range or overall volume level of a track.

In the case of compression and limiting, the goal is usually to “even out” the dynamic range of a track by attenuating loud transient peaks, such as a singer that suddenly belts out a high note or an actor putting a bit too much into the performance.

In the case of expansion and gating, the goal is to lessen or remove unwanted signal on a track. Removing the sound of high hat bleed in a snare drum recording would be one example. Reducing the volume of unwanted breaths in the dialog would be another.

PRINCIPLES OF DYNAMICS
The ability of a good mixing engineer to use dynamics processing effectively is truly a life-long learning process. So let’s start with the four basic parameters common to almost all dynamics tools, namely, threshold, ratio, attack and release.

Using both of the two major types of processing, Downward Compression/Limiting and Expansion/Gating to adjust dynamic range is often essential to creating the illusion of a perfect performance—or at least the polished sound of one.


THE ART OF DYNAMICS PROCESSING

Panning / Stereo Imaging
If we think of Level and EQ as the ‘height’ or ‘vertical’ part of our mix equation, panning is the ‘width’ or ‘horizontal’ part of our mix equation. While music is typically mixed and listened to in stereo, TV and film sound is routinely mixed in a surround format. Panning a single audio element within a mix is the process of weighting the element more heavily in favor of the left, right, center, subwoofer, or rear/side speakers.

WHAT IS PANNING FOR?
Panning in large part determines how wide our mix ends up sounding to the listener. It can be used to create space in a mix, enhance existing space, and create a more immersive experience for the audience.

PRINCIPLES OF PANNING
How do we know what to pan, and where? A general rule in much of today’s popular music is that the backbeat and lead vocal are the focal points of the mix. Because of this, the kick, snare and lead vocal/dialog are usually panned center, often referred to as ‘C’ or ‘0’ by most DAWs.

Our ears tend to focus on the signals in a mix that are panned center or panned extreme left or right.

Time-Based Effects
As opposed to the vertical and horizontal dimensions we’ve discussed, time-based effects are responsible for the perceived ‘depth’ in our mix.

PRINCIPLES OF TIME-BASED EFFECTS
There are many different types of time-based effects, and though each manipulates frequency content in the time domain, they each work differently and achieve different results:

Reverb
Reverberation is a naturally occurring phenomenon caused by sound reflecting (or ‘bouncing’) off walls in any given room or space. Reverb in the mixing process creates the sense of space that a room would provide and is an aesthetic tool the mix engineer can use to great advantage. 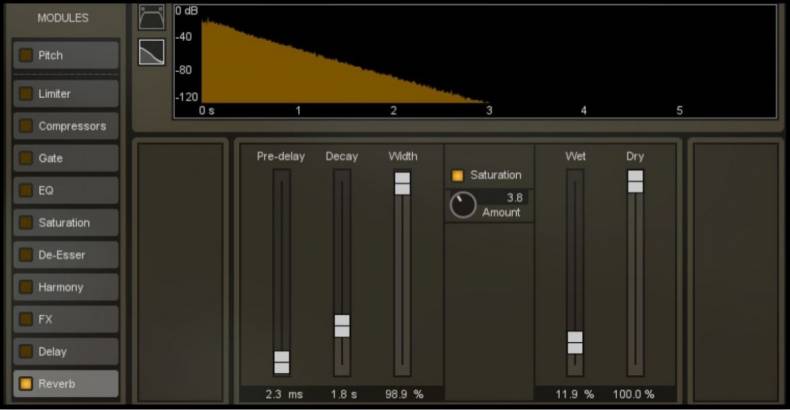 Overall, you might say time-based effects, of which reverb is one, are for enhancing the depth, adding the final finishing touches, or providing the final sparkle to a mix.

Delay
A delay stores a signal for a period of time and then releases it. Controlling multiple delay lines allows a mix engineer to create ‘echo-style’ effects.

Releasing the delayed signal with some sort of volume decay enhances the presence of a human voice rather than replacing it, which would make it appear out of time.

For much greater detail and many more tips, please download the comprehensive free “Mixing with iZotope” eBook or PDF, which contains specific examples and pictures covering the above topics in much greater detail at: https://www.izotope.com/en/support/support-resources/guides/