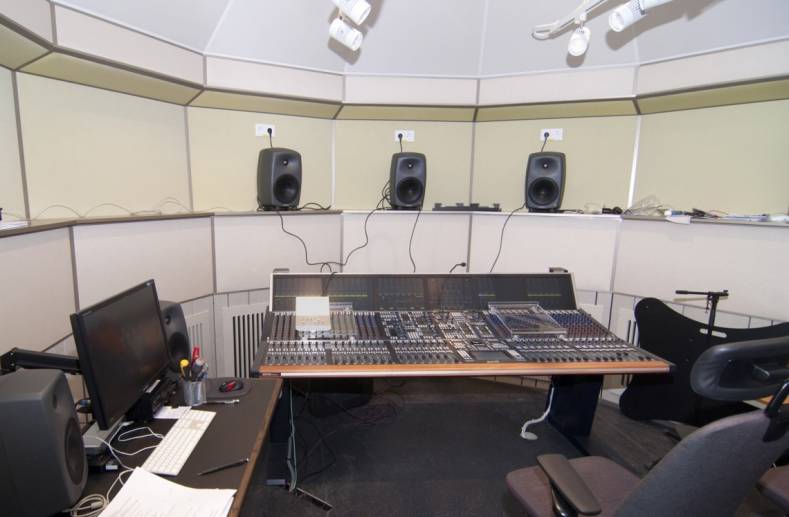 KMH is the largest music college in Scandinavia and offers students a unique infrastructure. The new building is equipped with a 40-fader Stage Tek Aurus platinum console. Fitted with seven platinum DSP boards, the students have up to 800 audio channels for computer-intensive applications.

However, the college is not just an educational establishment, but also a performance venue. A-32 fader Crescendo platinum with five platinum DSP boards is used for sound reinforcement. The concert halls and foyers can be arranged flexibly to suit the event. Another portable Crescendo platinum with eight faders ensures acoustic flexibility.

The equipment list also includes three Nexus Monitor Controllers. The software for the monitor controllers had to be adapted because the studios used by students feature an unusually large number of loudspeakers.

“We spent a lot of time looking for a monitor controller that could satisfy our specific requirements,” said Prof. Bill Brunson of KMH. “Our loudspeaker configuration requires large-scale monitor controllers. In the final analysis, only the Stage Tec NEXUS Monitor Controller could deliver exactly what we required.”

The Nexus Monitor Controllers control 10 loudspeakers each in two studios, and 16 in the large studio. Various Nexus sources can be routed flexibly to the controllers as needed. In addition, all formats—from mono to 13.2—can be accommodated. In addition to the software adaptation the Nexus Monitor Controllers’ GUIs have been customized individually and personalized: the displays represent not only the loudspeaker arrangements, but also show the KMH logo.