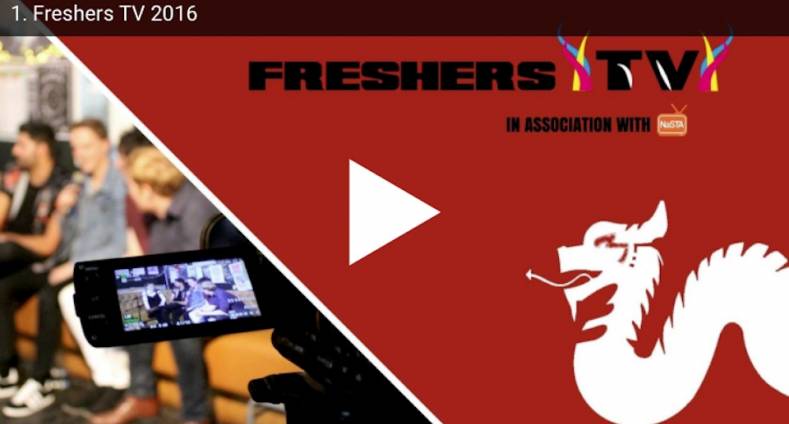 Each year the National Student Television Association stages Freshers TV — a three-hour live show featuring livestreams and prerecorded content from student television channels across the UK. The latest show, held at the end of 2016, was hosted by Cardiff’s CUTV and used a Blackmagic Design workflow. 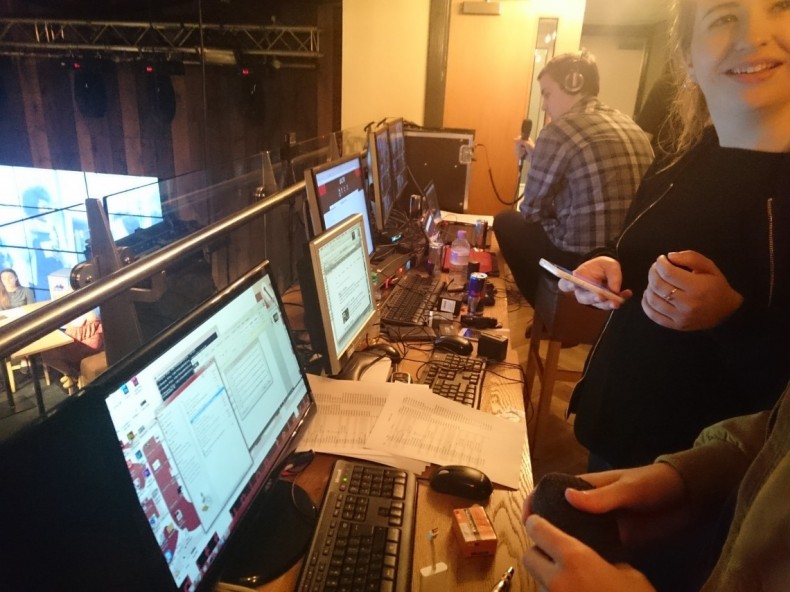 The National Student Television Association (NaSTA) has been at the heart of university and higher education broadcasting for more than 40 years. As well as providing support and training for more than 40 student stations across the UK, the organisation runs a series of annual events, which help members collaborate and share their broadcasting knowledge.

The most exciting and anticipated of these is Freshers TV, a three hour live broadcast where affiliated stations each take a slot showing the highlights of their Freshers Week activities welcoming new students to college. Freshers TV also showcases clips and content from other universities and colleges.

Chris Osborn, development officer for NaSTA and part of Lancaster University’s LA1:TV station crew explains more about the show. “Each year we have a host station, this year’s being Cardiff’s CUTV, and other teams then contribute either with a five minute prerecorded feature, or via a five minute live stream. Then the host station fills the transmission with interviews, live performances and social media interaction led by presenters in a studio show.

“I think it’s one of the most challenging broadcasts that we do, for the host station in particular, because not only do you have to make sure your own content and live stream are running smoothly, but you’re dealing with multiple external sources coming in, so there can be all kind of sync issues or drop outs.” 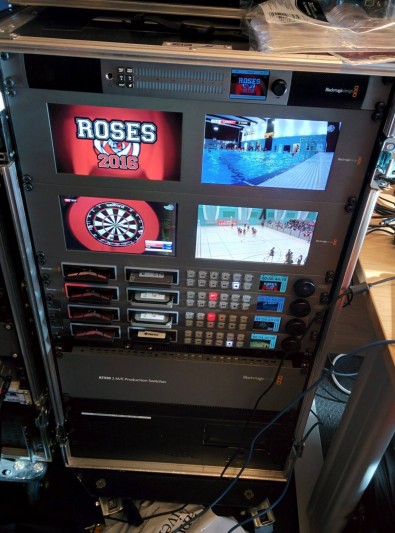 As the Cardiff team had more limited experience of live production, several of the Lancaster team drove down to support the technical team, with a car full of additional Blackmagic Design equipment, including an ATEM 2 M/E Production Studio and HyperDeck Studio 2 broadcast decks to enhance the technical set up for live production. “The streaming workflow itself was fairly simple, and this was really important so that the Cardiff team could get up to speed with the equipment quickly. By adding in the additional functionality of the ATEM switcher, we kept that simplicity, but we were able to make a huge amount of difference to the production quality,” explains Chris. “As well as giving us more inputs and outputs, which were essential to manage the five cameras in the CUTV studio and the incoming live feeds from the other stations, the switcher’s two media players were really useful, because we were able to have title cards and other graphics stored there, rather than having to add in additional PCs.”

Chris explains that the team also used the ATEM software to take full control of the HyperDeck units. “It was all hands on deck on the day of the broadcast, with CUTV’s station manager taking charge of briefing and preparing crew and union staff, while the LA1:TV crew concentrated on the technical set up, so we wanted to be able to be able to control as much as we could from one position on the production desk. The software is very intuitive, so it was pretty simple for the team to pick up, even after a few hours of practice before the show.”

By the scheduled start time of 6pm CUTV were nearly ready to broadcast but ended up delaying the start slightly whilst they received final confirmation of some changes to live stream details to ensure a smoother broadcast. “Then the countdown started and Freshers TV was live,” explained Chris. “There were seven presenters, and many had not presented live before, but all coped very well. The director was also making his debut and was able to use ear pieces with the production workflow and was able to guide the presenters throughout the show and really helped make them less nervous. As well as the prerecorded pieces, the presenting team undertook interviews and read out social media messages, and there were even some fantastic performances from two choirs, so the team had a huge variety of content to deal with.”

The program mix was streamed to the LA1:TV and national academic JISC servers, and also recorded to a HyperDeck Studio 2, so that an edited highlights cut could be produced for the stations’ websites. “Hosting Freshers TV 2016 was an amazing achievement for CUTV; it was a new crew and they learned a huge amount about live production. The Blackmagic kit gave us a really professional and solid production hub that made it easy for the team to manage everything a demanding live programme can throw at you.”