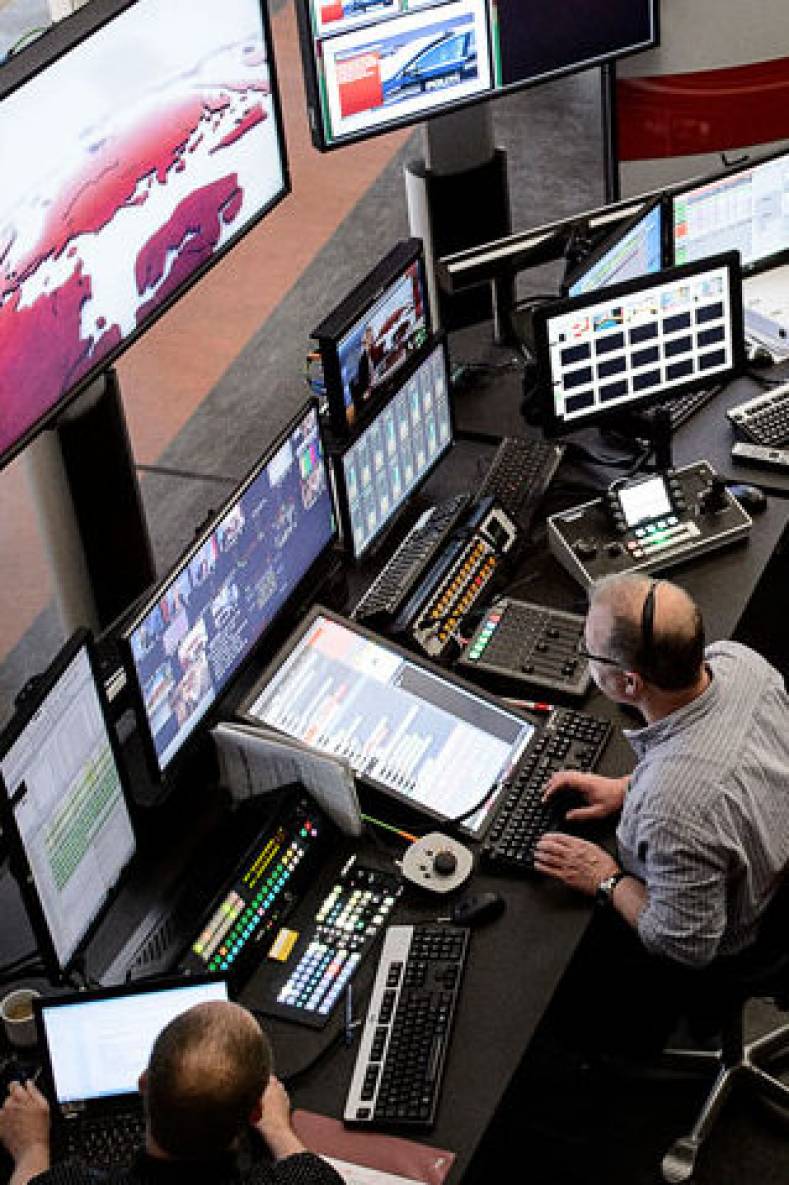 Over the last 15 years broadcast journalists have assumed a more technical role, including ingesting and editing material, with newsroom automation systems giving them more control over different functions from their desk. During IBC 2016 Vizrt will demonstrate a new system that extends this, giving reporters the ability to run an entire new programme, including the audio, lighting and graphics as well as the running order.

Vizrt's Viz Opus allows a single journalist to put together a live news broadcast that can then go on air without the need for a team of technicians or operators. The schedule is put together using either the Showmaker rundown feature in Viz Opus or the overall newsroom control system.

In this way the operational aspects of opening mics, controlling the lights and triggering mixes between video and graphics can be made by the presenter using a keyboard or remote control. The running order and cues are fed into a SDI production chain using Vizrt ingest functions and the Viz One media asset management tool.

Viz Opus can also be used to supply a master control system for additional or pop-up services. It is possible to operate a full channel from one device, which runs live inputs, video, graphics, audio and any advertising inserts. For this the Opus works in conjunction with the IBMS traffic manager, as well as the Showmaker feature to schedule running orders and playout.

Among the broadcasters to use Opus for this was Brazilian channel Globosat, which ran 12 temporary services during the 2016 Olympic Games in Rio. In this way the same graphics package could be used over the different channels, which were all controlled from one gallery.

Commenting on the Viz Opus, Petter Ole Jakobsen, Vizrt's chief technology officer, said, "This new journalist-driven workflow is an ideal way to create and deliver content for one-man shows. It's easy to set up, can be used on a live or recorded small-scale show, has professional tools for clipping and adding in graphics and delivers to multiple platforms with or without commercials."