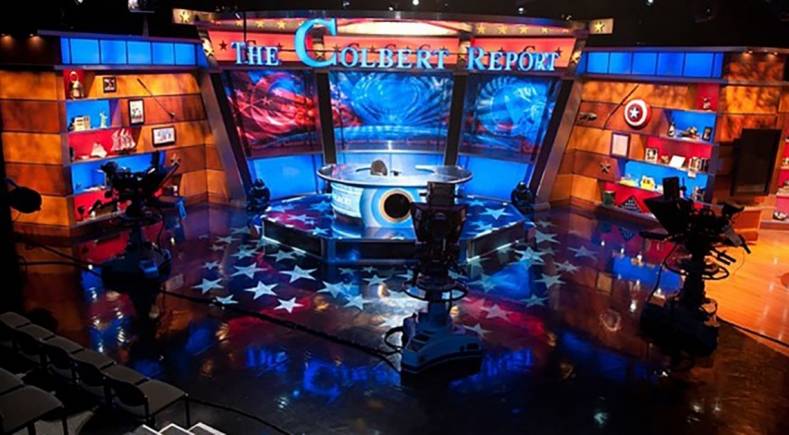 NEP provides studio space for shows like The Colbert report (shown) and The Daily show, among others.

Like everything else in today’s economy, video rental and service companies — especially those based in New York City or Los Angeles — have moved from being small niche businesses into major global conglomerates with a who’s who of major media clients.

As video technology has gotten smaller, cheaper and more democratic in recent years, video service businesses have gone upscale to address the needs of larger, more prestigious clients. A good example is NEP Broadcasting, a privately owned international broadcast facilities, equipment and mobile services company, that began in 1984 as part of WNEP-TV in Scranton, Pennsylvania.

In New York City alone, NEP now has nine fully equipped studios in the heart of Manhattan. It provides studios and office space to The Daily Show with John Stewart, The Colbert Report, Who Wants to Be a Millionaire and many other major national shows. The company’s more than 100 mobile units throughout the world provide services for dozens of live sporting and entertainment events including the Super Bowl, Academy Awards, Emmy Awards, FIFA World Cup and the Rolling Stones.

NEP now has more than 150 engineers and technical experts on its staff and supports more than 5,600 television shows each year. It has over 100,000 square feet of engineering space in its support facilities and a staff of more than 90 people for equipment maintenance and support. 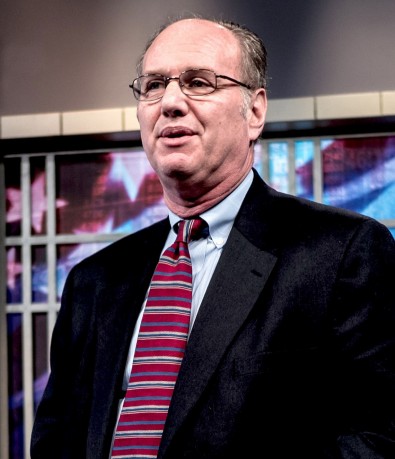 SR VP and GM for NEP, Barry Katz said a key factor to his company's success is to be located near their customers.

Barry Katz, senior vice president and general manager at NEP, said competing in the video service and rental business today is about “location, location, location — being where the audiences are.”

In the U.S., that is New York City and Los Angeles, he said. “The right studios in the right locations with the right equipment is a key. But also having office space for the support staff is as important as the studio itself. Major television shows have lots of staff. Being able to have support space contiguous with the studio is very important. When I first got into this business years ago, I realized that I wasn’t in the television business, I was in the real estate business.” 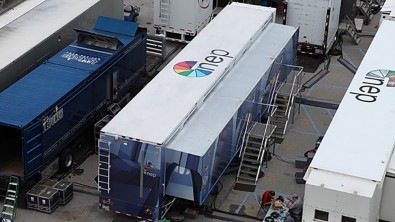 There will always be the need for mobile trucks said NEP's Barry Katz.

For the mobile vehicle business, live sports is a huge income maker for NEP. “We are building new trucks on long-term contracts,” Katz said. “There will always be a need for providing mobile trucks for sports and live events.”

Staying ahead of video technology trends is also important, he said. Though some shows are still being done for various reasons in standard definition, others are now being done in 4K. One puppet show, being produced for NBC, uses 4K so cameras can zoom in on the tiny characters in post-production without losing resolution. “Different clients have different needs and we have to provide for all of them,” Katz said. 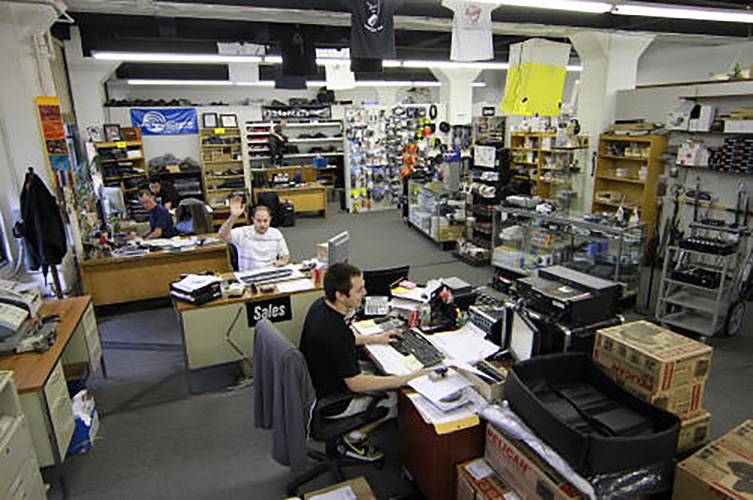 Another kind of service provider is the specialist, like Professional Sound Services, owned by Rich Topham Jr. The company has sound specialist stores in New York City and New Orleans.

Topham got his start in 1977 in Hollywood with his father, Richard Topham Sr., when they opened Location Sound. He has since opened sound shops in Florida, Las Vegas and Sydney, Australia, as well as founded Professional Sound Corp. (PSC), the manufacturing company, in 1986. Along the way, Topham has won six Emmy Awards for sound recording.

His clients, Topham said, include television networks, reality shows, feature films and student digital filmmakers. He even rents sound gear to the New York Times for their video productions.

“Generally people rent wireless microphones and audio recorders,” Topham said. Those are our biggest items. But what happens is, when a sound guy gets a show for six to eight weeks, they usually go ahead and buy the gear when they look at how much the rent is going to be.”

Also, for specific projects, some customers rent extra gear that they don’t want to own. That might include additional wireless microphones or headsets for a one day commercial shoot. Others, like the New York Times, is renting audio gear to try out with the anticipation to buy. “In those cases, I often apply the rental towards the purchase price,” Topham said.

But where the real business is in having sales, rental and service under one roof. “It’s a vicious circle,” said Topham. “They rent the gear, then they decide they are paying too much for rental so they decide to buy it. Then it breaks and they need service on it. While it's getting fixed, they rent again.”

Very important to his business, said Topham, is having a staff that has expertise in sound — not just salesmen. “You can’t rent sound gear at Adorama and expect them to know what it is and how it works,” he said. “A lot of rental houses won't tell you how to use the gear. We are different. We have experts that can match the right product to the project. We ask the client what is needed on the job? I don't want salesmen who just want to sell, sell, sell. I give the customer what he needs and I don't oversell him.”

Topham carefully chooses his staff members, who usually study audio in schools, then become interns to learn the business. In the end, he trains each staff member personally. It’s important that we are far more than a company that just sells audio equipment.

Surprisingly, television’s notorious lack of attention to audio has not hurt Topham’s business. “Our business is good for film production where expertise is always needed,” he said. “But even in television, things are better today due to low-cost eight track recorders. Now even novice sound operators record on separate tracks, which alleviates many problems we used to have. In the old days, it was very different when all the sound was mixed together. Today, almost all sound can be saved because of that isolation.”

Rental and service business are flourishing. One list showed about 44 major companies in Los Angeles alone. There are more than 40 large video-specific rental houses in New York City. And many more in virtually every state, with Florida, Illinois, Massachusetts, Minnesota, Nevada, New Jersey, Pennsylvania, Wisconsin and Washington leading the way.

Many companies operate globally, with offices in countries like Canada, France, the United Kingdom, the Netherlands, Switzerland and Chile. The count, depending on size, is virtually endless.

Another recent factor driving the business is webcasting. Even large service companies like NEP are major players, since its television clients also do shows over the Internet. “Look at what’s going with Amazon and Netflix,” said Katz. “We are doing a lot of shows that are being webcast.”

In fact, the trend of television anytime, anywhere, on any device is translating to the service companies as well. This year, NEP introduced its first transportable studio that can be shipped to any location in North America, where it can be fully operational often in less than 12 hours. 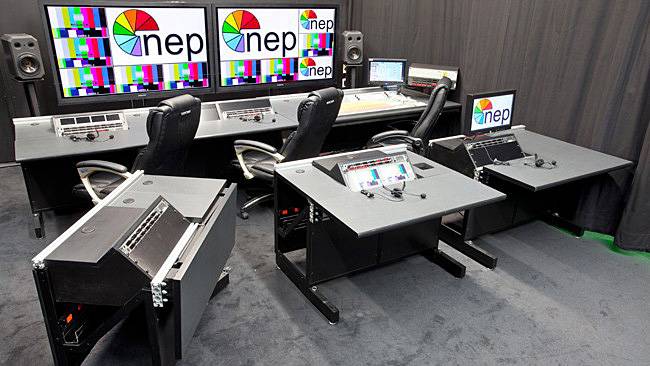 NEP's new transportable control room provides a full complement of control-room equipment to accommodate productions with up to eight cameras — making it ideal for smaller or shorter-term television programs such as series pilots, talk shows, corporate events or webcasts that might not have the budget or the need to rent a permanent studio space.

“We can offer our clients the capabilities of a permanent control room, complete with consoles and furniture, with the flexibility and efficiency of a flypack," said Katz.