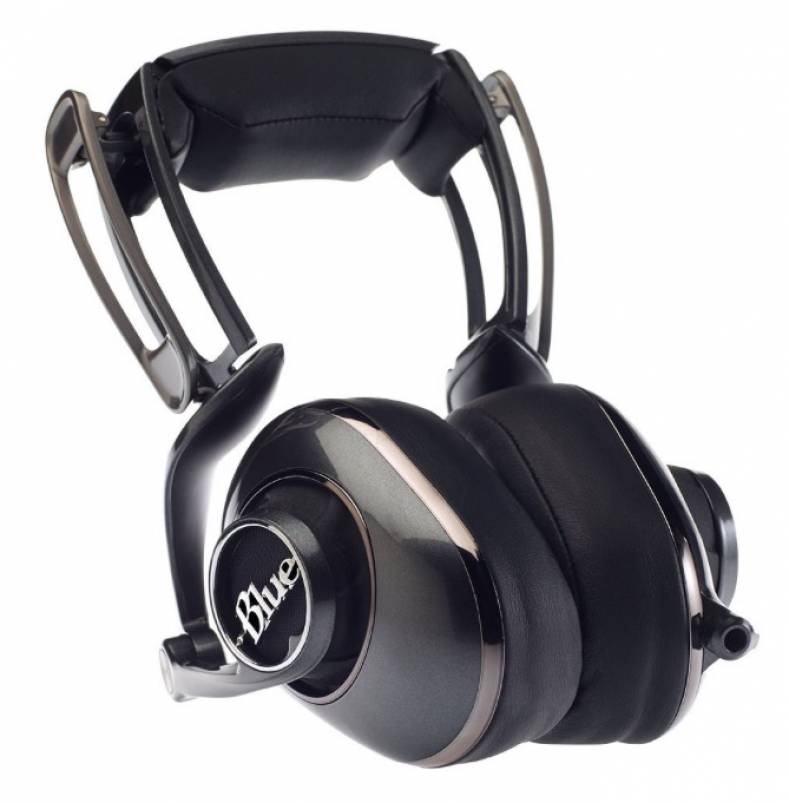 Headphone design has not changed much over the past 30 years. Though various professional manufacturers tout the quality and comfort of their headphones, most models are similar in fit and designed to be driven by a wide range of third-party amplifiers. The Blue Microphones’ Mo-Fi is different.

Now, Blue Microphones, primarily the makers of studio-quality microphones, has rethought the headphone category. The company has created a radically new design in headphones that — in a short time — has become popular with both professional and high-end consumer users.

“As a microphone company, we’ve spent a lot of time in recording studios,” said Gabriel Whyel, director of product marketing at Blue Microphones. “Thirty years ago, all studio speakers had external amplification. Then, starting about 15 years ago, the trend toward powered near-field and mid-field monitors began. There were a lot of good reasons for that. When you can build the amplification together with the speaker’s drivers, you can get an entirely new level of efficiency, stereo imaging and sound quality. Soon after, the entire studio industry went to powered monitors.” 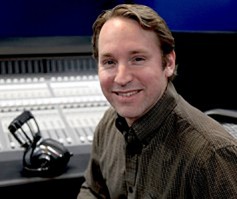 Gabriel Whyel is director of product marketing at Blue Microphones.

But headphones have remained passive through the years, depending on whatever amplifier was used to power them. It was there that Blue saw an opportunity.

“We custom built a studio grade, audiophile headphone amplifier and then built some premium 50 millimeter drivers and tuned them to each other,” Whyel said. “We found that yes, it really does make a difference. For all the same reasons you would do it for studio monitors.”

Late last summer, Blue introduced its first headphone model, the Mo-Fi, priced at $349.99 retail. Sales took off. The new headphones were different, both in sound and fit. They were the first to include an audiophile headphone amplifier built-in and also featured a complete redesign of the headphone form factor to offer a better, more comfortable fit to the human head.

“We found that with almost every headphone in the marketplace, the phones articulate up and out,” Whyel said. “But actually that’s not how the human head is shaped. We were watching F1 race cars and saw how the wheel suspension keeps the wheels perfectly aligned at all times. We thought that was very interesting concept and tried applying it to the headphone form factor in several prototypes.

“In our design, we created a four-point, multi-jointed suspension system, a height articulation arm and swivel-mounted ear cups that are shaped like human ears. All this put together creates a much better fit than you can get with standard headphones. It has more comfort for long term listenability, consistent sound quality and isolation that is so effective that you are isolated from the outside world and the outside world is isolated from you.”

Though the Blue Mo-Fi headphones do not use noise cancelling technology, many professional users find the headphones work very well in studio environments and on location where competing sounds often interfere with the user’s concentration. 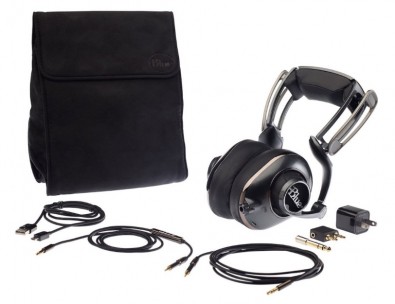 The Mo-Fi headphone amplifier is powered by a lithium-ion battery with a 10 to 12-hour battery life. A micro USB jack can be used to recharge the battery.

The amplifier inside the Mo-Fi headphones is powered by a lithium-ion battery with a 10 to 12-hour battery life. A micro USB jack can be used to recharge the battery via a computer’s USB jack or AC adapter in about three hours. If the battery dies when the headphones are in use, they can operate in a passive mode. Power management shuts the headphones down to preserve battery life when they are not being worn.

Blue did a lot of rethinking about headphone design, said Whyel, including how they should fit users and how they sound. “With the on-board amplification you can get the sound quality of a studio monitor on your head anywhere you go. These headphones relieve your listening device of the burden of power. In a studio with very good headphone amps, you might use them passively. But when you are mixing on a laptop or doing broadcast work at home or on location, you are now getting that studio experience in the field.”

Mo-Fi headphones work on a wide range of devices — from high-quality studio headphone amplifiers to laptops and iPhones. “The audio chips in a laptop or iPhone are very small,” Whyel explained. “Those amps are really meant just to make some sound. They are not designed for premium sound quality. When you plug in these Mo-Fi phones, you can turn the iPhone down and run it at only the 30 to 50 percent level — well within its optimal operating range — and all the amplification comes from the headphone itself.”

Because the Mo-Fi headsets use large 50 millimeter drives, the Blue headphones are physically large and not very portable. “These are not small headphones and are not targeted for travelers,” said Whyel. “On location, though, they make a lot of sense because of the isolation capability and the quality of the fit.”

Blue is marketing the Mo-Fi headsets to both professional and consumer users. “These headphones are for folks who care a lot about music — either professionally or for listening at home. These are for people who consider music an important part of their life.”

Though Blue remains essentially a high-end microphone company, there will be more headphones coming soon to an expanding range of headphone products, Whyel said. “We will definitely establish a line of headphones. We will have different feature sets at multiple price points.”