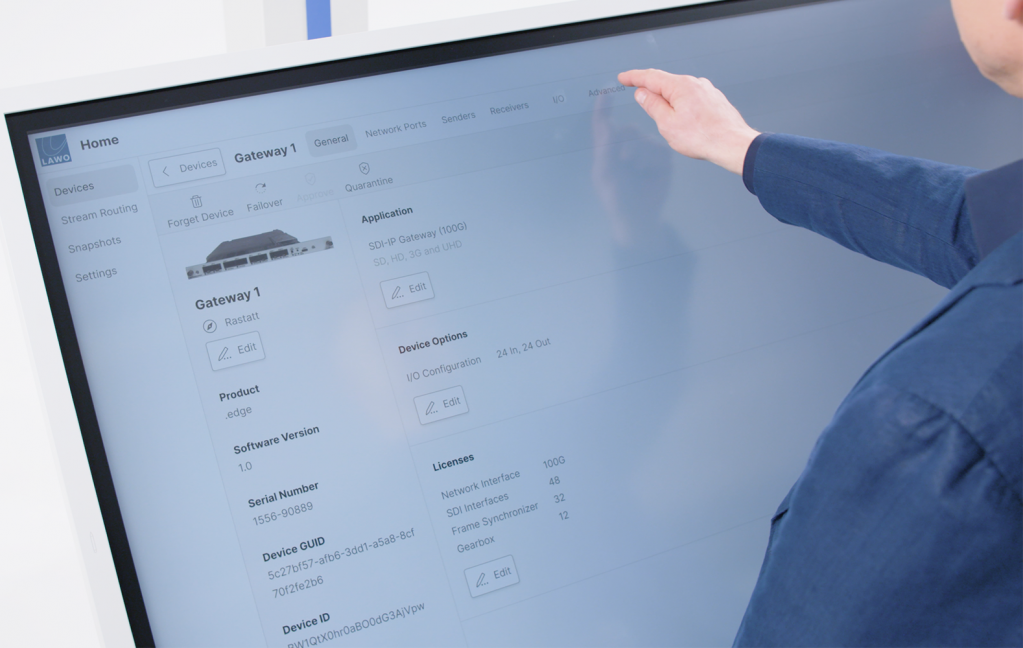 This article was originally published as part of a Themed Content Collection: Orchestrating Resources For Large-Scale Events.

In all fairness, open-standards-based broadcast IP is an excellent approach for turning clustered or distributed production sites into a unified network, and sharing compute and production resources scattered over locations that may be thousands of miles apart.

If you have already migrated to IP, you may, however, recall how complex the matter is behind the scenes. You need to be aware of IP addresses, subnets, and whatnots. And you depend on someone who is able to configure your infrastructure. The latter is often part of the package you purchase from the vendor or systems integrator. Still, the better part of the commissioned configuration only works reliably as long as no IP devices or processing cores are added or removed. Even simple things like disconnecting a device from one wall box and plugging it into another in a different room may require tweaks to the configuration that, more often than not, turns into yet another all-nighter.

Assuming that you have one or several IP-savvy engineers on your team, configuring a network for outside broadcast assignments still takes time. Time most of us no longer have, because of ever tighter production schedules.

Playing To The Galleries

‘Old-school’ configuration sessions of IP networks and devices involve assigning unique IP addresses to all devices as a first step, and then telling all other relevant devices where to look for the data they need to receive and/or process. The larger the infrastructure, the longer the preparation work—and the likelier you are to assign a given IP address twice, or to omit one figure.

In response to clamors from the field, several attempts have been made to simplify IP. NMOS IS-04 and IS-05 for easy device discovery and registration is one of them and is supported by a large number of vendors, mostly in the video field. 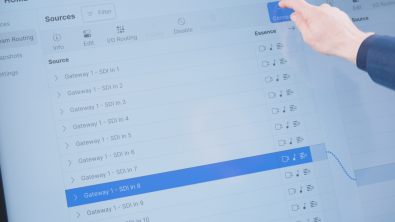 But didn’t our customers actually ask for a system where “You connect everything, you push a button and it configures itself?” In an ideal world, this would include automated assignments of IP addresses with little or no human intervention.

One of the likeliest issues indeed used to be duplicate IP addresses. This is taken care of by HOME’s built-in DHCP service, which automatically assigns IP addresses to devices and streams. On the whole, even a hyper-dense platform like .edge, can be up and running much quicker than ever before.

With HOME, this convenience has become a reality for video, audio and control devices. Not just Lawo products, by the way, because other manufacturers are encouraged to join Merging Technologies, DirectOut and others as HOME-native third-party devices. This status can be acquired by equipping or retrofitting devices with the HOME API. Doing so provides a number of advantages that go beyond discovery and registration. These are described below.

HOME covers all areas of the broadcast world: it speeds up initial infrastructure configuration, it makes remote productions easier to set up, and it saves operators of OB trucks massive amounts of time. This is because HOME has the ability to manage both local and remote resources, whether HOME-native or NMOS-compatible.

Although HOME can happily live in the cloud, most users will be relieved to learn that its containerized architecture works equally well on COTS servers in their on- or off-site data center. As a matter of fact, HOME is even available for live setups built around one mc² console and up to 20 stageboxes (from Lawo, Merging Technologies, DirectOut and NMOS IS-04/05 devices). Without requiring a dedicated license or COTS server, that is.

Why is that good news? Because connections are plug-and-play, without so much as a second spent on assigning IP addresses.

The recent addition of Global Snapshots, finally, allows operators to capture the current device and routing state of all audio and video devices in the system, and to recall those settings at a later stage. These Snapshots even include the routing states of NMOS-enabled gear.

What’s In It For You?

We already alluded to the fact that HOME does not stop at automating device discovery, registration and IP address assignments. Another big plus it offers is a unified user experience based on the LUX (Lawo User Experience) design, which can be leveraged from the giant screens of an mc²-series console, or from any networked computer monitor.

It allows operators to change the settings on far-away edge devices, whether manufactured by Lawo or HOME-native third-party vendors. This makes it easy to tweak the input gain or phantom power status, for instance, without having to run to the stagebox in question, or asking someone to change the settings for you.

In the case of .edge, all parameters are set within HOME, either as macro-like routing stream bundles (video, audio, metadata), or as individual essences for flexible audio shuffling and other deep-dive setting changes. In other words: the parameter complexity can be concealed and revealed as necessary. HOME acts as the official user interface for .edge, providing access to all orchestration aspects, parameter settings and configuration/system setup functions. Even software licenses for additional .edge features are managed within HOME. A similar integration is available for other (third-party) devices as well.

Thanks to its Signal Rights Management routine, HOME allows operators in a multi-console setup to “lock” the required I/Os of one or several edge devices to ensure that no-one else on the network can tamper with those settings.

The User List feature makes signal routing for mc² consoles in A__UHD Core systems more intuitive and flexible. Given the potentially high number of signals on networks dealing with large-scale productions operators can assign all required signals to logical groups that can be conveniently recalled at the press of a button.

Hardware monitoring is obviously included in the package: the System Health feature provides status information about a system’s components with centrally logged information for at-a-glance peace of mind during a production. Errors are categorized and displayed in real time according to their severity, making it easy for operators to decide on the urgency of taking corrective action. Optional DevOps tools like Prometheus and Grafana can be used for long-term logging and error analysis.

All in all, HOME lives up to the promise of its name : it is the go-to place for all things local or remote IP infrastructure, which can be conveniently managed and monitored in one place. Even NMOS IS-04- and IS-05-compatible devices can be routed, whilst parameter tweaking is not on the cards for them, because this is not included in the IS-04/05 specification. What is possible, however, is using HOME as a registry for both HOME-native and NMOS IS-04/05-compatible devices.

HOME can indeed retrieve information from NMOS devices through an IS-04 registry and supports connection management via IS-05 to provide at least some basic management functionality.

In an ideal world, no issues arise when you add more devices to a network. But we all know that real life works a little differently. Requiring operators to “admit” a device that is automatically discovered and registered for the first time is therefore a sign of good housekeeping: it gives you pause to double-check and correct settings that might conflict with other devices on the network and cause unforeseen collateral damage. This is exactly how HOME’s Quarantine process works. It may take a few seconds of your time, but that may very well save you hours of troubleshooting. 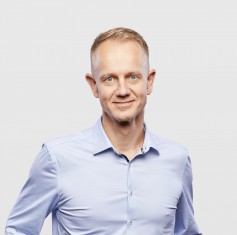 The content created by a production crew and transported over a network is your operation’s most valuable asset that deserves adequate protection, whatever its origin and route. While a robust security system needs to cover all aspects of media infrastructure and content creation, the key lies in its simplicity, its initial design and deployment as well as in its on-going maintenance and support.

HOME’s architecture is prepared for managing services such as transport layer security for user interfaces, control data and media essences, based on well-established IT security mechanisms, such as HTTPS, RADIUS, MACsec and IPsec.

Designed to simplify managing IP infrastructures and save operators massive amounts of time, HOME is built on microservices and containerized in a Docker environment. This natively enables scalability detached from hardware constraints and is cloud-ready by design for future deployments.

Those who have worked with HOME, including broadcast service providers to the biggest planetary sporting events, agree that HOME makes their lives in an IP-based environment considerably easier. And that is still only the beginning: Lawo’s roadmap for HOME contains a few more milestones that will change your way of leveraging the power of IP-based infrastructures.