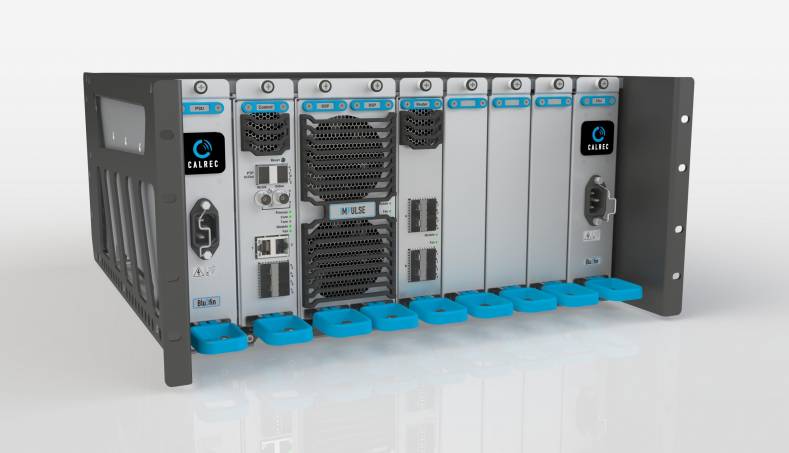 NEP Group, a leading media technology partner for content creators around the globe, is building on its 30-year relationship with Calrec with the acquisition of four IP ImPulse systems to further expand its AoIP and remote production capabilities.

NEP is using the technology with its range of Apollo surfaces and has already installed ImPulse systems in mobile units Supershooter 6, Supershooter 17 and Supershooter 25. An additional system is being installed in the company’s next-gen IP truck, Supershooter 7, that’s slated to roll out in 2023.

NEP has been using ImPulse on a weekly basis since January, providing ST2110-30 flows over a 10Gb fibre link between the Supershooter 17 field acquisition unit onsite and the Supershooter 25 production/crew workspace at a centralized production facility. Both units are parked up to 2,500 miles apart and the ImPulse at the facility can provide control on up to four Apollo mixing surfaces, with another at the remote site.

While both Supershooters 17 and 25 systems are running as part of non-IP fabric mobile units, Supershooter 6 is fully integrated into NEP’s switch fabric.

ImPulse is the most powerful DSP engine on the planet and has native SMPTE 2110 connectivity. Compatible with Apollo and Artemis consoles, it provides a simple upgrade path for Calrec customers moving to an IP domain. It provides 3D immersive path widths and panning for next-generation audio with height and 3D pan controls, and has flexible panning and downmixing built-in. ImPulse allows up to four independent mixing environments to run from a single core, wherever in the world it’s located, and each independent mixer can access up to 1458 paths.