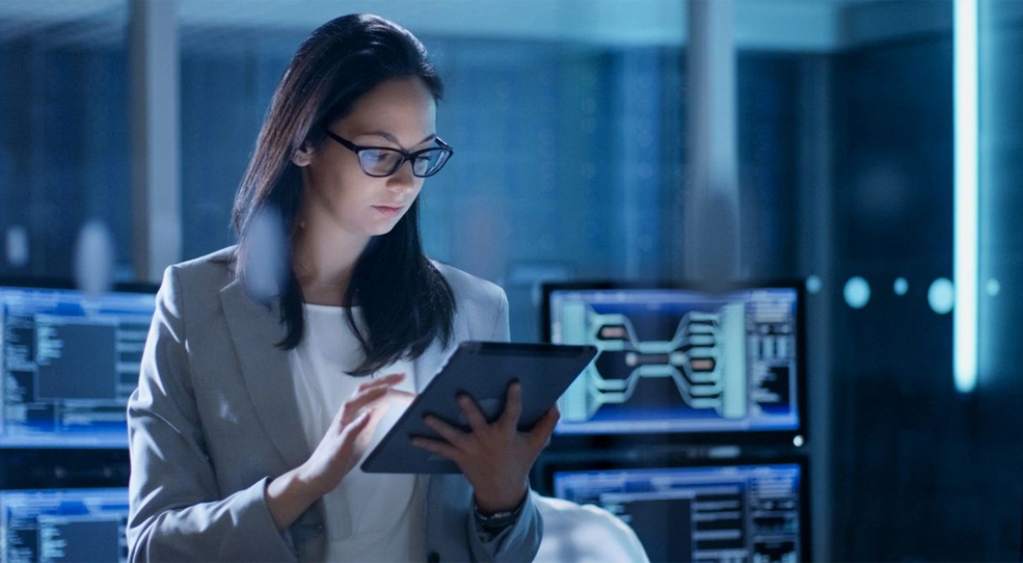 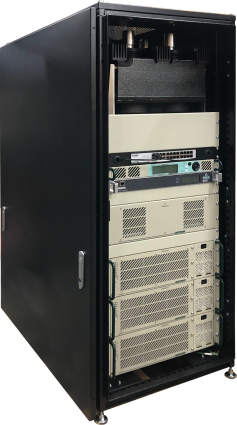 First a bit of historical perspective. Most of the activity during the last 5 years in the US broadcast transmitter market surrounded the high power repack program to free up spectrum for advanced wireless communications such as 5G. The majority of the replacement high-power broadcast transmitters deployed during this time used liquid-cooled, solid-state technology. However, air-cooled transmitters are gaining in volume thanks to not only the LPTV repack, but also future needs for ATSC 3.0 SFN deployments.

In the LPTV and Class A market, the max ERP is 15kW for a UHF station (3kW for VHF). Using typical antenna system gain and coax feeder line loss, this equates to transmitter power levels of 1 to 3kW. Air cooled DTV transmitters are the de facto choice at these relatively lower power levels. Transmitters in this power range are typically installed in a compact half-rack (27RU) cabinet.

Note that both air and liquid-cooled technologies utilize the same basic amplifier architecture and solid-state devices (LDMOS, Doherty). This means that the efficiency of both air and liquid-cooled transmitters is pretty comparable. However, liquid-cooled transmitters offer higher power density that more effectively removes the amplifier waste heat from the interior of the facility. Coolant is circulated through the Power Amplifiers (PA’s) to cool and remove waste heat where it is routed to an outdoor liquid-to-air heat exchanger(s). This technology does come with more complexity and higher inherent “CapEx” cost.  Air-cooled transmitters are often simpler and less costly, but typically limited to applications of under 10kW. The ability to remove the waste heat from the air-cooled PA’s becomes a function of the volume of air flow and heat sink efficiency (altitude also plays an important role in air-cooled designs). In the case of COMARK, the UHF liquid cooled PA is rated at 2kW for the company’s PARALLAX® UHF transmitter product line. The complementary E-Compact “BB3” is rated at approximately 1.1kW in the UHF. Both products use the exact same Asymmetric Broadband Doherty LDMOS device, but the air-cooled PA uses half of the number of devices in the final stage of the PA, hence roughly half the RF output power capability. Simply stated, the air-cooled PA with approximately one half of the power capability of the liquid cooled PA is simpler to manage the dissipation of the transistors waste heat for a given chassis size (3RU).

Since air-cooled transmitters typically use multiple fans for cooling within each PA chassis, there are considerations for a TV station in terms of ambient air temperature, HVAC capacity, acoustic noise, facility altitude, and facility cleanliness to be accounted for prior to deploying the transmitter. Fortunately, the E-Compact product line incorporates automatic cooling fan speed control that provides lower acoustic noise levels during normal transmitter operation as well as increased fan lifespan for higher reliability. The amplifier also uses easily accessible air filters to substantially keep dust and dirt from clogging the heat sink. These air filters are also washable for simple preventative maintenance.

Multi-Frequency Network (MFN) describes multiple DTV transmitters in a given region or coverage area, all operating concurrently but using different RF channel assignments. Each transmitter is independently assigned an ERP and RF channel assignment (6MHz bandwidth). MFN with coverage area / signal overlap will have little chance of interference, mainly due to the RF frequency isolation between the transmitters within an MFN.

The design goal of an ATSC 1.0 SFN is to increase signal coverage and reception in desired locations while minimizing and managing the effects of possible destructive interference in the cross-over regions. SFN’s in ATSC 1.0 were only conservatively deployed due to the poor performance of 8VSB (single carrier) digital modulation due to possibility for self-interference from multipath reflections. Multipath reflections or echo’s typically cause frequency selective fading of the signal at the receiver input, which show up as severe notches in the spectrum. Therefore, most ATSC 1.0 SFN’s have been deployed in mountainous areas where terrain can be used to help shield or minimize self-interference within the SFN coverage area.

Since ATSC 3.0 utilizes multi-carrier Orthogonal Frequency Division Multiplexing (OFDM) modulation, resilience of the received signal to multipath interference in the cross-over regions is much improved. Therefore, SFN’s in ATSC 3.0 will be easier to plan, deploy, and manage. As ATSC 3.0 becomes more widely deployed across the US and other countries, broadcasters will likely employ the benefits associated with ATSC 3.0 SFN to target and improve signal density in a coverage area.

ATSC 3.0 is being deployed in the US in a given market using the “lighthouse / nightlight” technique. The lighthouse is a single DTV station used to launch (simulcast) the initial ATSC 3.0 services in a given market. The lighthouse is generally a high-power, tall tower DTV transmitter facility. This technique is unique, but also necessary because there is no companion RF channel allocated to launch ATSC 3.0 services. Add to that the requirement that the stations must maintain substantially similar programming of their legacy ATSC 1.0 services for a minimum of 5 years, which allows ATSC 3.0 receiver deployments to have adequate time to gain market saturation.

As time goes on, additional high-power, tall tower facilities will transition from ATSC 1.0 to ATSC 3.0 to a point where only a last remaining ATSC 1.0 transmitter remains on air in a given market, known as the “nightlight” station.

Once broadcasters gain critical mass in their conversion to ATSC 3.0 signals in a market, the ability to deploy advanced services (i.e. datacasting) will become more important to leverage the added revenues. Datacasting will likely rely heavily on improved signal penetration, opening up the need for SFN’s in ATSC 3.0. So, with initial 3.0 deployments on the original high-power, tall tower facilities, it’s logical to move to smaller, more targeted transmitter sites to deploy SFN’s. That’s exactly where lower powered, air-cooled transmitter solutions come in to “fill-in the gaps” in a market deployment. Assuming the main ATSC 3.0 signal is 500kW ERP, then SFN sites scattered throughout the coverage area with ERP of approximately 50 to 100kW and below are feasible. The 50kW SFN sites can easily be deployed using 2 to 5kW air-cooled transmitters, such as the E-Compact high-efficiency air-cooled transmitter product line.