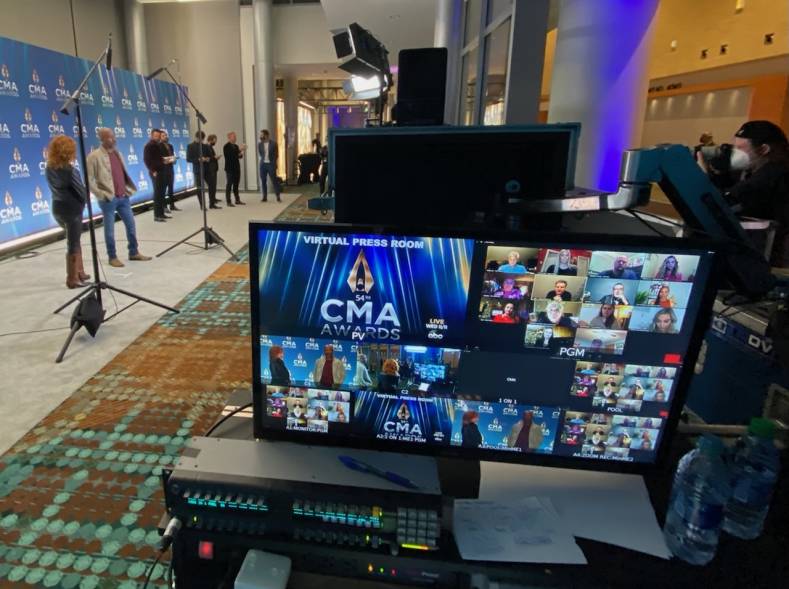 Introduced during the height of the pandemic, TNDV has added several enhancements to Virtual Press Room. Updates include simultaneous content distribution to multiple online entertainment streaming platforms, including People, E! Entertainment and Extra TV. TNDV has also added the ability to produce one-on-one interviews in addition to group-style interviews, and has increased the speed of raw footage distribution to studios after interviews are completed.

The Virtual Press Room positions the artist, musician, producer, or other participant of a newsworthy entertainment event in front of a broadcast-quality camera while facing a large-format Zoom-style multi-viewer that displays live remote video of participating reporters. Deployable in minutes, the Virtual Press Room extends the reach of large press conferences that were once always conducted in person.

The complete solution has been referred to as a “portable control room” that can be deployed on a TNDV production truck or within a flypack.

To date, TNDV has successfully provided the Virtual Press Room to media tours associated with such high-profile entertainment events as the ACM (Academy of Country Music) Awards, the CMA (Country Music Association) Awards, and the CMT (Country Music Television) Awards in the USA.