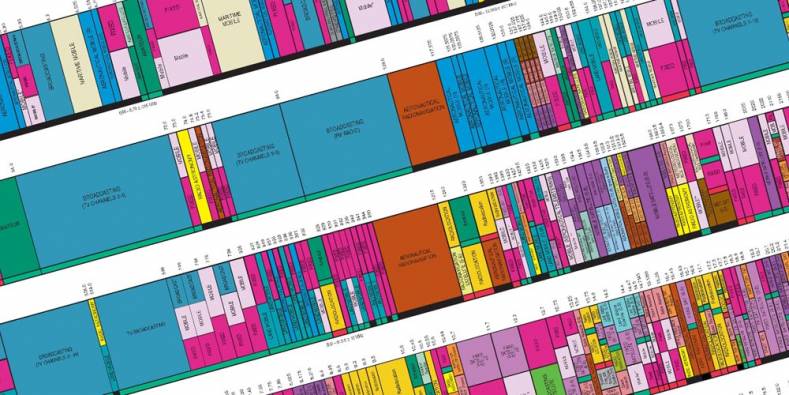 Despite significant lobbying efforts on the part of wireless microphone manufacturers and others to establish secure RF spectrum in which to operate, the FCC has issued a new order declining the industry’s request to preserve a vacant channel in the television bands for use by white space devices and wireless microphones.

The latest NPR, issued on May 11,2022, looks to be the government’s final say on the matter and means that the industry will have to find new frequencies and develop new frequency-agile products to keep production running smoothly. Devices directly affected by the bandwidth regulations include wireless microphones, in-ear monitors, audio instrument links and different types of cueing equipment.

Wireless microphones and in-ear monitors, now often referred to as Program Making and Special Events (PMSE) devices, share spectrum with television broadcasting. These devices are able to use vacant TV channels where they exist. Manufacturers like Sennheiser and Shure submitted a proposal to preserve one UHF channel in each market of the country, citing benefits for their wireless microphone operations, but the government didn’t buy into it.

“In this proceeding, the Commission declined to reserve one vacant TV channel in each market, as it had previously said it would consider,” said Prakash Moorut, Global Head of Spectrum and Regulatory Affairs at Shure. “Based on this ruling, we do not expect further consideration of this matter by the FCC.” 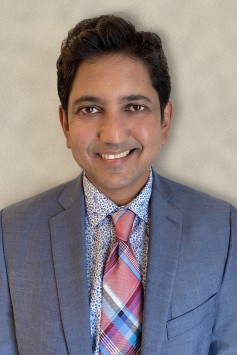 The Concern Is For Larger Productions

Moorut said users of smaller numbers of wireless microphones should still be able to operate in most cities without much problem. It is the larger productions that will have difficulty finding enough spectrum in congested areas.

“[These larger productions] will often have to resort to using other frequencies outside the TV bands and/or obtain a Special Temporary Authority (STA) from FCC,” he said. “Operation in the bands other than the TV-UHF band typically requires a license, which is only available to users that routinely use 50 or more wireless microphones. Shure has repeatedly asked the Commission to revise its licensing requirements to allow users of smaller numbers of microphones to obtain a license. At this time, it has not made a decision on this request.”

In 2010, the FCC first prohibited the operation of wireless microphones and similar devices in the 700 MHz Band (i.e., 698 - 806 MHz). Sennheiser and Shure have lobbied against this since. So, what will manufacturers of wireless production devices do to meet the mandate while also helping customers?

The Commission auctioned the 700 MHz band and required TV stations and wireless microphones to stop using it. The same thing happened with the 600 MHz band after the conclusion of the 600 MHz incentive auction, but wireless microphones are still permitted to operate in 470-608 MHz, sharing that range with TV, in part of the mobile band duplex gap (653-663 MHz) and part of the guard band (614-616 MHz) between the mobile band and radioastronomy channel which covers 608-614 MHz.

Sennheiser and Shure both currently provide solutions for these spectrum blocks in the TV-UHF band where wireless microphones will still be allowed to operate. 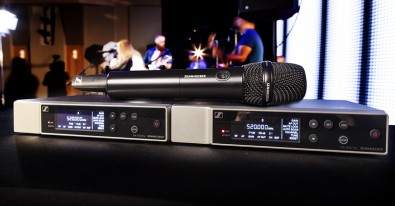 In its recent Order on Reconsideration, the FCC said, “we deny the Petitions for Reconsideration filed by Sennheiser Electronic Corporation and Shure Incorporated requesting reconsideration and reversal of a Commission Report and Order (Termination Order). Although we have concluded that we should not proceed with the proposals in this docket, the Commission is committed to supporting white space devices and wireless microphones and has pursued, and continues to pursue, avenues to ensure adequate spectrum availability for the important services they provide.”

The lack of spectrum for wireless mics is a direct result of the voluntary spectrum auctions that were completed in 2017, with approximately 175 winning broadcasters reaping more than $10 billion. Asa result, 30 stations have moves to a lower channel and 133 others gave up their licenses but will remain on air through channel-sharing agreements with non-winning stations.

The Incentive Auction established a more efficient spectrum plan. It repurposed 84 MHz of low-band spectrum, including 70 MHz of licensed spectrum for 600 MHz wireless services. To clear the 600 MHz band for wireless use, channels 38 through 51 were reallocated from the television band, decreasing the number of channels available for use by television stations and other users of the broadcast television spectrum to the new “core” channels 2 through 36.

In its latest order, the commission said it looked specifically to make spectrum available in the TV bands, the 600 megahertz (MHz) guard bands, and channel 37—some of it on a nationwide basis, but was unsuccessful.

The Commission recognized that, following the Incentive Auction and repacking, “much of the UHF spectrum that currently is unused and available for wireless microphone operations may no longer be available.” However, in a press release it did say it intends to open a rulemaking proceeding “to explore additional steps it could take, including the use of additional frequency bands by wireless microphones.” 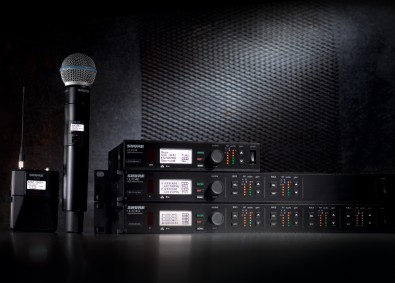 Like Shure, several companies are developing systems that support Wireless Multi-Channel Audio System (WMAS) technology to promote the efficient use of spectrum.

Over the years various television broadcasters and broadcaster associations have said that the Commission underestimated how the lack of wireless spectrum would affect them. Specifically, broadcasters expressed concerns about its impact on the implementation of the next generation broadcast television standard (ATSC 3.0) and on the roll out of new or improved services, and suggested the proposal was contrary to the longstanding precedent of favoring licensed services over unlicensed.

The Commission emphasized in its finding “that following the incentive auction and repacking of the television bands there would likely be fewer unused television channels available for use either by unlicensed “white space” devices (those devices operating in unused bands between TV channels) or wireless microphones.The Commission explained that it sought to “strike a balance between the interests of all users of the television bands,” including secondary broadcast stations as well as wireless microphone and white space device operators, for access to the UHF TV spectrum.

“The Spectrum Landscape Has Changed”

The FCC described how “the spectrum landscape has changed significantly since 2015,” undermining “the goal of creating a nationwide solution.” The Commission noted that analyses using the Commission’s TVStudy software revealed that there are numerous major metropolitan areas in the United States that have no vacant 6 MHz channels. The Commission also said that it had taken a “number of significant steps to ensure that white space device and wireless microphone operations can flourish.”

However, that never came to be and now we have this new order stating that the petitions filed by Sennheiser and Shure requesting reconsideration and reversal of the Termination Order are declined to adopt rules proposed in the 2015 NPRM to preserve a vacant channel for use wireless microphones use.

Manufacturers appear steadfast in preserving space for wireless microphones and other devices used daily in production. In a written statement, Joe Ciaudelli, Director, Spectrum and Innovation at Sennheiser, told TheBroadcastBridge:

“Sennheiser thanks the wide gamut of industry groups and audio-video professionals that wrote to the Commission, establishing overwhelming support on the record for adequate spectrum resources for content creation and cultural enrichment,” he said. “We will continue to work with the Commission so that it comes to fully appreciate the indispensable contributions that wireless production tools provide to media creation as well as every echelon of daily American civic life, and to develop solutions that will provide necessary resources for these tools to operate reliably and consistently in every situation.” 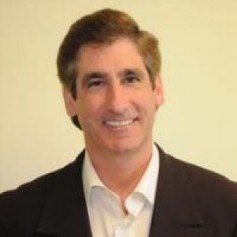 There Are Frequencies Available

“Wireless spectrum is a scarce commodity,” said Shure’s Moorut. “It has become extremely difficult to establish an exclusive band for any type of radio service in recent years. Wireless microphones have successfully shared the television spectrum for many years. The problem is that as more and more TV spectrum has been reallocated to mobile services that support the operation of smart phones, the amount of available TV spectrum has decreased dramatically. Thus, there is less vacant TV spectrum for wireless microphones to use.”

Looking ahead, Moorut said Shure is enthusiastic about the promise of Wireless Multi-Channel Audio System (WMAS) technology to enhance spectrum efficiency to the benefit of wireless microphone users and other spectrum stakeholders. The technology provides multi-channel audio transmission capabilities by allocating one shared wideband RF channel for all audio links. The company is promoting the use of WMAS to allow wireless microphones to operate reliably in the TV and other bands. IN addition, Sennheiser, Shure and others are also continuously developing solutions for other bands like 900 MHz and 2.4 GHz.