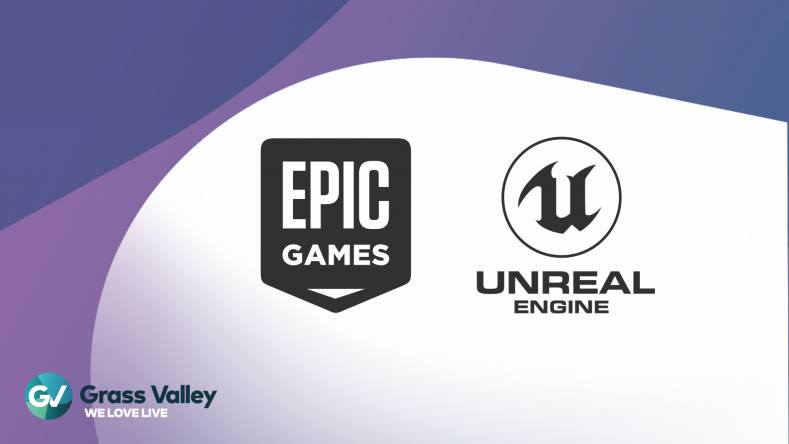 Unreal Engine is widely used across broadcast and live events,

AMPP sits at the heart of the GVMU (GV Media Universe) ecosystem; Grass Valley's vision to empower media companies to use both on-premise and cloud technologies to build live production environments

"We are proud that Grass Valley is bringing native integration of Unreal Engine into AMPP," said Bernt Johannessen, Unreal Engine Business Director for Broadcast at Epic Games. "This new integration allows companies and individuals to build video products on Unreal Engine that directly integrate into broadcast infrastructure that can run anywhere, on-prem or in the cloud. With native support for Unreal Engine in their modern cloud-based platform, Grass Valley is opening up valuable opportunities for broadcasters to create dynamic workflows seamlessly."

"By integrating Unreal Engine into AMPP, we are making state-of-the-art real-time rendering available to all other vendors as well as customers in a way that was simply not possible before," says Andrew Cross, CEO, Grass Valley. "Our customers will be able to leverage Unreal Engine to build virtual sets, augmented reality, and graphics into their storytelling, produced either locally or in the cloud, thanks to AMPP. It will give media companies the flexibility to produce the next generation of production without the boundaries of traditional workflows. I am thrilled to be partnering with a world-class company like Epic Games and help extend the reach of Unreal Engine on AMPP."