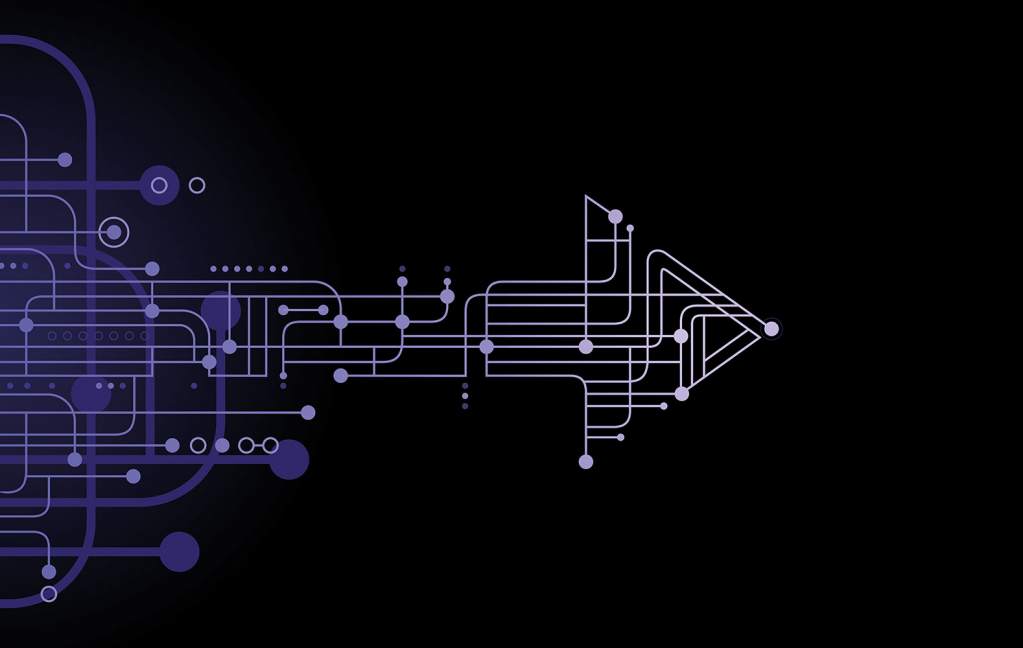 Timing and conformance are key to guaranteeing everything is synchronized and able to work together. Just as important is the ability to make sure signals are sent to their intended destinations. This is why routing control – or how connections are made - across an Audio over IP (AoIP) installation is a crucial part of the networking process.

IP is now so widely implemented and relied upon that it is easy to overlook the mechanics of the technology. Analogue and SDI (Serial Digital Interface) installations are more tangible by their natures. Connections are relatively easy to set up and observe through the use of devices such as cross-point routers and patch panels. The drawbacks are that scaling this technology can be difficult, or at best, expensive.

One of the big selling points of IP is that, in theory at least, the backbone of large media infrastructures can be built using commercial off the shelf (COTS) equipment and can be scaled up at a later date. Switches are able to take the place of a cross-point router or patch panel and can be built up into an infrastructure that will be big enough to accommodate the desired number of streams, with the possibility to expand this in the future. Whilst there is a level of commonality between the network infrastructure required for the different AoIP solutions available, the approach to managing audio routes can be quite different from one solution to another.

The Tools For The Job

AoIP networking for broadcast has in part become established due to the standardization and interoperability brought by AES67 and SMPTE ST 2110-30. What they do not bring, however, is the ability to control the networks for which they provide the basis. Which is why a complete suite of technologies has grown up alongside these standards to offer full functionality for controlling signals and devices.

Simple system designs utilizing a single proprietary AoIP technology can use the tools provided by the manufacturer to manage their network. For more complex installations, such as those incorporating multiple AoIP technologies or native AES67 and ST 2110-30 devices, the management of these will require more consideration. It may be possible to control the equipment using multiple separate interfaces; that, however, can result in a setup that is complex to manage for day-to-day operations.

Broadcast control systems, such as TSL Control, can streamline the control of multiple pieces of equipment into a single interface.  These are already a common sight within broadcast installations, whether IP-based or not. By integrating multiple application programming interfaces (APIs) and protocols, broadcast control systems can be configured to control a wide range of devices as required for a particular installation. A control system can include API support for both proprietary and open standard-based technologies. As an example, Audinate publish an API for Dante that allows external control systems to directly control and manage Dante networks.

APIs comprise definitions and protocols that enable application software to be designed to manage the interaction between devices and systems in a known and common way. By supporting a wide range of APIs and protocols, it means broadcasters can design 'best of breed' solutions, with access to a large variety of equipment all controlled centrally. With the move to IP, the detail of the interactions may have changed but the concept remains fundamentally the same.

For an AoIP installation, a method of control has to be provided that meets the size, scale and flexibility of the network. For a typical broadcast installation, this may mean something that effectively takes the place of cross-point routers and physical patch panels, delivering similar levels of control and familiar user interfaces whilst manipulating the new technology formats underpinning them. The methods that have been developed for controlling AoIP networks can be divided into three categories: manual control per individual device; proprietary methods, such as the controller for Dante; and open solutions, notably NMOS (Networked Media Open Specifications).

For the simplest of installations, such as proof-of-concept tests or fixed implementations where audio routes remain static between equipment, it is possible to manually configure every device. This method does not require a control system and is based on two types of equipment: senders and receivers. Two AES67 or ST 2110-30 devices from different manufacturers may provide different configuration tools, typically web-based. These can be opened side-by-side to allow a transmitted audio stream from one device to be subscribed to by the other. In this case the system will be configured once and seldom changed after that.

The required settings for the streams and conformance parameters – which may include the stream name, stream IP address, port number, channel count, bit rate, payload value, source IP address and PTP clock reference - would be manually entered into a web page to configure the sender. Once that was completed, the web page for the receiver can be called up and the same parameters entered to subscribe to the transmitted streams. Crucially, the routing operation is a two-stage process, with the added overhead of separate transmit and receive configurations required.

Some parameters – such as the source and stream IP addresses or audio channel count – will potentially be unique for every stream. Others – such as the bit depth or sample rate – are likely to be fixed within a network.  It may be possible to configure these at a device level, meaning they don’t have to be entered for every stream. AoIP devices will typically support SDP (session description protocol) files, with transmitting equipment effectively producing a text file for each stream containing a list of its parameters. Rather than manually entering stream information for a receiving device, some devices are able to import SDP files to simplify the subscription process. The SDP can also be presented to all devices on a network through a SAP (session announcement protocol) announcement, allowing receiving equipment to present to the operator any stream to which it can subscribe. The sender has to be manually configured to transmit signals but the receiver may have the capability to automatically find the available streams, reducing configuration time.

This is a specialized and time-consuming way of setting up a system, one that is potentially susceptible to error if manual entry of data such as IP addresses is required. An installation working in this way may need an accompanying spreadsheet detailing all devices and their streams, making it cumbersome to manage. Because of this a quick and easy way of configuration, which does not require manual entry of IP addresses, is preferred.

Proprietary solutions provide all the tools required to manage their products. Within AoIP, a leading example of this is Dante Controller, a freely provided application that can be used to set up a Dante network. By including automatic device discovery, audio routing and user-editable device and channel labels, an engineer can configure an AoIP network without requiring a detailed understanding of IP. This kind of routing control system obviates the necessity to find every device needed for a network and then separately configure the transmit and receive streams. Instead, this method can perform those tasks from a single, unified interface that is able to automatically see all the devices involved.

This type of solution can be presented to a user as something they will recognize from previous ways of working, so there is no operational learning curve. To make a route, all they have to do is click on the cross-point mixer and the necessary route is made. This single click manages both the creation of the transmitting stream from the sending device and the subscription to it by the receiving device.

With most Dante enabled devices supporting AES67 operation, Dante Controller also includes the tools to manage receiving and transmitting AES67 streams for Dante devices. But it only manages the Dante end of the connection; the other side has to be managed using the relevant tools for that device (for example the ANEMAN application from Merging Technologies could be used for many RAVENNA based-devices). Dante Controller supports SAP for the discovery of AES67 streams, so anything generated from an AES67 device that supports SAP will be automatically shown within Dante Controller for routing to a Dante device. Whilst this simplifies operation and reduces the chance of error, there is still a disconnect between the transmission and receipt of streams, it is a two stage process.

A proprietary system provides a simple way of working and takes the complexity out of IP. The aim behind this kind of system is to make something an operator would recognize, no matter the underpinning technology.

There is a similar intention behind NMOS, a set of open specifications that can be implemented to provide the control and management facilities for an AES67 or ST 2110-30 AoIP network. It was developed by cross-industry body the Advanced Media Workflow Association (AMWA) to provide discovery, registration, and control functionality for the ST 2110 family of standards.

As part of the NMOS specifications, AMWA has published a series of supporting documents. These divide into interface specifications (the IS series), data models (MS), best current practices (BCP) and application specifications (AS). When considering routing of audio streams between AoIP devices, the two key interface specifications are IS-04 (Discovery and Registration) and IS-05 (Device Connection Management). If IS-04 is implemented by all devices on a network, it means a central registry can be built that includes their capabilities, such as the number of streams each device supports. IS-05 is used to create connections between senders and receivers, with the control system able to use the API to tell a receiver to expect an audio stream from another device.

The combination of IS-04 and IS-05 delivers the key capabilities of discovering and managing connections. There are many more parts within the NMOS family, including areas such as security and authorization. Broadcast equipment and control system manufacturers are able to implement the parts that are relevant to their customers, allowing the solution to grow with time. The broadcasters implementing these solutions can do so with the confidence that they are able to design 'best of breed' solutions from a wide range of available equipment.

The options available for controlling an AoIP network provide a broad choice of features and operating models that suit different requirements, with some more flexible than others. Those discussed here can also be mixed and matched, bringing even more flexibility and variety. As ever, the specific needs of an installation will dictate which is best for a particular situation. What is clear, however, is that IP and IT technology has reached a point of maturity in the broadcast market where systems can be designed utilizing the latest IP and AoIP technology whilst having a level of control relatable to operators from a non-IP background.