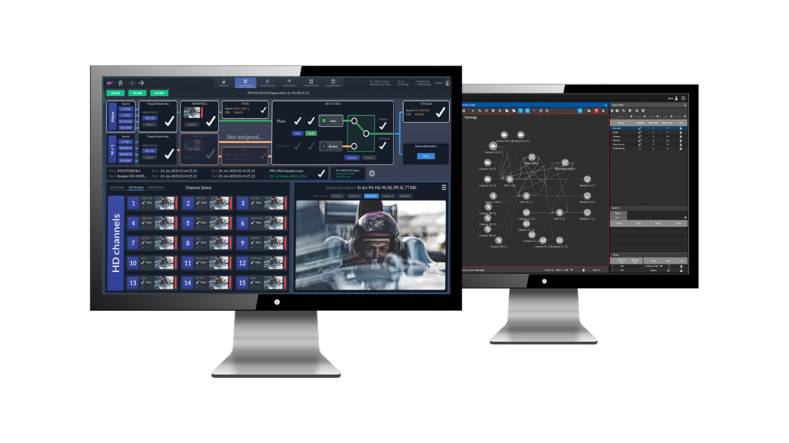 With virtually every large and mid-sized broadcaster deploying (or soon to be) some type of cloud-based infrastructure to help keep up with the demand for more content, Grass Valley is helping its customers migrate from SDI baseband operations cost-effectively. That’s because customer feedback has shown that in today’s cost-conscious world, fast and efficient deployment and re-purposing of systems for alternative scenarios or productions is a key requirement.

This trend will only accelerate with time because it brings flexibility and capability to do more with limited resources.

Addressing both SDI and IP infrastructures at this year’s 2022 NAB Show, the company (in Booth C2107) will highlight GV Orbit, its system orchestrator for SDI, Hybrid and IP networks. GV Orbit allows users to build, configure and change systems on-the-fly, whether it’s adding/removing devices or simply changing a name.

Also in its exhibit booth will be GV AMPP (Agile Media Processing Platform), a software-based solution that runs in any data center or cloud environment. It gives broadcasters the power to easily transition to cloud- and data center-based operations because it addresses the concerns that complicate IP and cloud deployments—particularly network connectivity and latency. GV AMPP enables easy, elastic content creation and storytelling from anywhere for any kind of live and non-live storytelling, content discovery and delivery.

Automation has always been important in news because it streamlines the news creation process and gets news on air faster,” said Trevor Francis, Director of Business Development, Grass Valley. “However today’s automation means creating content once and then using it multiple times automatically across many digital platforms. It also means controlling equipment and sharing resources in a highly automated workflow in order to support a digital-first strategy that most have adopted because online is where the majority of people now get their news.” 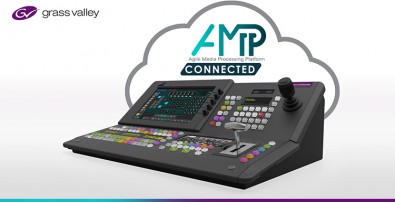 GV’s AMPP is helping virtualize its legacy hardware products and make them easily available via IP around the world.

“The most important thing about the cloud is scalability,” said Francis. “I can scale up services if I know a big story is coming, but also for breaking news stories, and then scale down to save money. We couldn’t do this before efficiently with hardware systems in the control room.”

To help its customers better target social media, Grass Valley is working with third-party digital-first companies like 7Mountains, in Norway, that provide automated scheduling of news content using the cloud as the backbone. 7Mountain’s DINA product is being developed for AMPP and will allow users to schedule social media to be posted immediately before a linear TV program is set to air to drive people to the show. Or it could be immediately after to judge viewer reaction to a program or news segment.

“This process can now be totally automated, which is quite interesting because part of that automation may be driving viewers from one platform to another or doing things like dedicating the feed to a favored platform, based on online trending,” said Francis. “Production teams have now taken it to the next level and begun scheduling news rundowns either on premise or in the cloud. It’s having a very positive affect.”

Visitors to the Grass Valley booth will also see the results of months of work to add its existing STRATUS software production platform to the cloud-based AMPP. STRATUS includes a “Rules Engine” that executes outputs based on metadata. AMPP has a more extensive workflow engine programmed into it that can not only automate processes like transcoding and QC engines, but is also using AI services—hosted by public cloud services (AWS, Azure, Google Cloud, etc.)— based on metadata triggers that can be configured to direct specific pieces of news content to be transcoded and sent to a specific social media platform or OTT service.

The AMPP-connected STRATUS solution now gives users easy access to content across multiple sites and teams by aggregating the content in the cloud. AMPP also gives news journalists access to a full-featured web-based editor that can be accessed from anywhere on any computer and works with proxies for fast response.

All of these solutions and more are part of the GV Media Universe, a cloud-based ecosystem for live media production companies around the world that includes access to third-party technology and partnerships with key industry players.