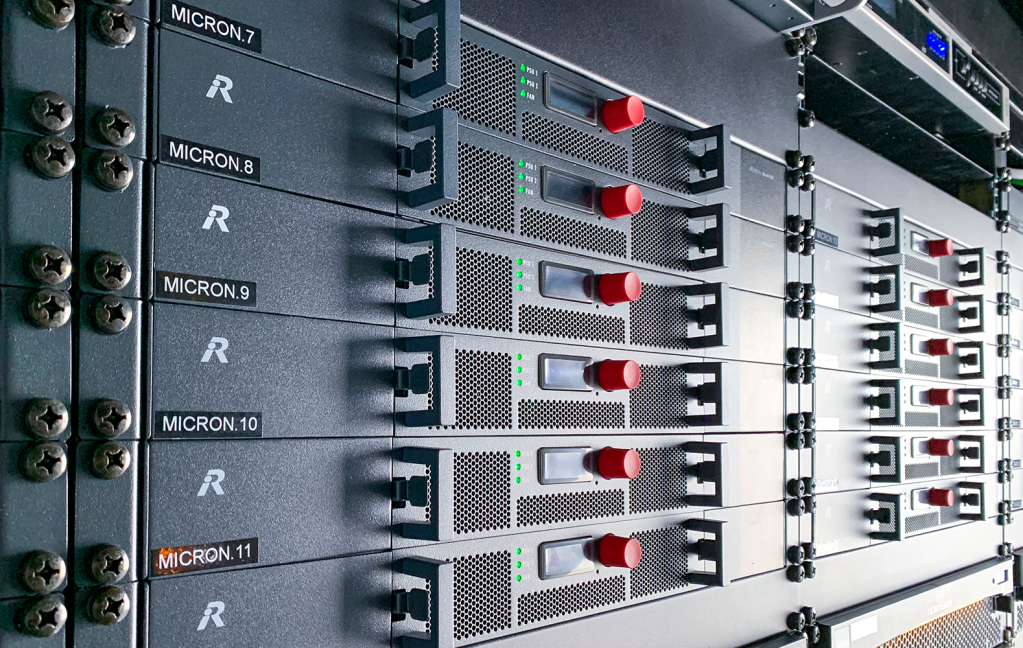 As network speeds continue to advance, broadcasters are finding they are no longer restricted to single solutions such as SDI. Instead, new methods of reliably distributing high quality media signals are finding their way into the broadcast infrastructure.

Modern broadcast infrastructures are more than just about moving high-quality video and audio around the facility, we must also consider interoperability, compatibility, and ease of use. With SDI, interoperability has been taken for granted as a well-defined and understood specification. It has stood the test of time leading to easy connectivity and interoperability.

IP certainly has its place and is making a huge impact on broadcasting. But the massively improved flexibility and scalability that IP offers comes at a price, and that is complexity. SDI and IP offer two extremes in terms of flexibility and scalability. However, for some broadcasters SDI is too restrictive, but IP is (still) too complex. The great news is that there is a third option, a middle ground, and that is TDM.

Resilience, flexibility, and scalability are available in Riedel’s MediorNet TDM solution due to the unique method with which data packets are exchanged through a fully managed mesh network. UHD video, multi-channel audio, IP control and (ethernet) data transfers are all distributed with incredibly low latency throughout the self-healing distributed network to deliver another dimension in flexibility, resilience, and scalability for broadcasters.

Historically, broadcasters have used centralized routing and control as the core of their facilities since the earliest days of television. In part, this was dictated because of the point-to-point unidirectional signal flow that SDI, AES, and their predecessors, analog audio and video, demanded. Also, these distribution methods intrinsically link the physical distribution medium to the signal itself. For example, the transport method and the media signal are intrinsically linked in SDI. This in part is due to the synchronous nature of SDI as the sampling clock is built into the signal. Although this greatly simplifies the use of SDI, it does so at the expense of flexibility.

One of the many advantages that IT is bringing to the broadcast industry is the understanding and acceptance of asynchronous circuits. With each frame having its own source and destination addressing schemes, Ethernet lends itself well to routing through asynchronous packets switched networks. The data has its own payload designation within the frame thus allowing the data to be separated from any underlying transport stream.

The asynchronous nature of ethernet and IP is providing broadcasters with untold flexibility. However, in converting our time invariant sampled video and audio signals to asynchronous packets, we in effect destroy the much needed video and audio timing information. Using PTP is our solution to rectifying this, but the whole design comes at a massive price of increased complexity.

Managed TDM solutions are a halfway house between the simplicity of SDI and the complexity of IP, while at the same time maintaining many of the benefits of both SDI and IP. TDM creates specific time slots for data packets so that network congestion is removed as there are no collisions on the link. Although the media signals are divided into packets, each packet has a guaranteed position within the link between network nodes. This not only guarantees delivery, but also keeps latency very low and deterministic.

A TDM network relies on interface units, otherwise known as nodes, to both create the network and act as gateways for media signals into the network. A network will consist of at least two nodes connected by fiber, and usually considerably more. No other routers or switchers are needed within the network as the system is completely standalone and self-contained. A protocol operating between the nodes detects the presence of all the nodes in the network allowing it to build a map of the network.

Multiple nodes can be connected in a mesh type configuration to provide resilience. In figure 1, the interconnection of fibers between the nodes of the mesh network allows each node to detect a link failure and automatically find an alternative routing, thus providing a fully healing network. One of the key advantages of this type of distributed network is that the single points of failure are significantly reduced. If a fiber link or node fails, then the network will automatically reroute the data packets. Although the node will need to be replaced to maintain the media signal gateway, the rest of the network will selfheal and keep running. Contrast this to a centralized SDI router, it was to fail, all media signals would be lost.

Figure 2 – the video, audio, metadata, and control signals are presented to the muxer, packetized, and then repeatedly inserted into predefined slots in the time division multiplex link, thus avoiding network congestion leading to reduced and deterministic latency.

The distributed topology provides greater flexibility with infrastructure design, especially where a broadcast facility no longer relies on centralized control. Distributed infrastructures, as well as networks, are widely being seen as a method of maintaining high levels of resilience. Single points of failure are significantly reduced and the need to keep a massive inventory of spare parts is virtually negated due to the commonality in design of the hardware, that is, the nodes.

Riedel’s MediorNet is a world leader in providing managed TDM for broadcasters. Due to the distributed nature of the mesh network, the amount of cabling is significantly reduced leading to highly optimized systems that are easy to install, configure, and operate. Expanding the network is relatively straight forward through the provision of the interface nodes.

The 2021 Eurovision Song Contest in Rotterdam provisioned a network consisting of 60 Riedel MediorNet nodes to provide a network of 24 cameras with 130 video feeds and 75 microphone feeds, all routed to three support vehicles with 60 EVS channels, and a technical support center. Furthermore, the MediorNet nodes contain the possibility of every variant of connectivity interface from SDI, AES, MADI, ST2110, and also IP. In effect the MediorNet distributed network was further acting as an IP routing network as well as a media transport distribution system. 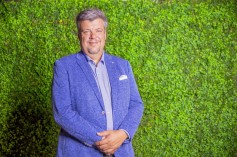 Although MediorNet lends itself well to ad-hoc outside broadcast type solutions, it regularly finds its way into more traditional fixed television stations. The distributed nature of the design allows the network to be easily expanded so that flexibility, resilience, and scalability are all maintained.

Monitoring is one of the most important aspects of any broadcast infrastructure, especially where reliability and signal integrity takes priority. Fully managed TDM networks have highly granular levels of monitoring built into the core of their design. The need to deliver the self-healing aspects of the network require the nodes to maintain fast and accurate communications with each other. These communication channels further provide monitoring access for computer applications to allow engineers to understand the network and dig down into the detail where required.

TDM makes the network deterministic as each signal has its own guaranteed bandwidth and latency, and each communications channel is highly reliable, consequently, the monitoring system delivers real-time information about the status of each link, node, and media signal within the network thus providing a highly reliable and optimized signal distribution infrastructure.

In the next article we will be looking at why TDM deals well with latency and how frame accurate timing is restored within the network to allow the nodes to provide facilities such as cross conversion and camera synchronization.