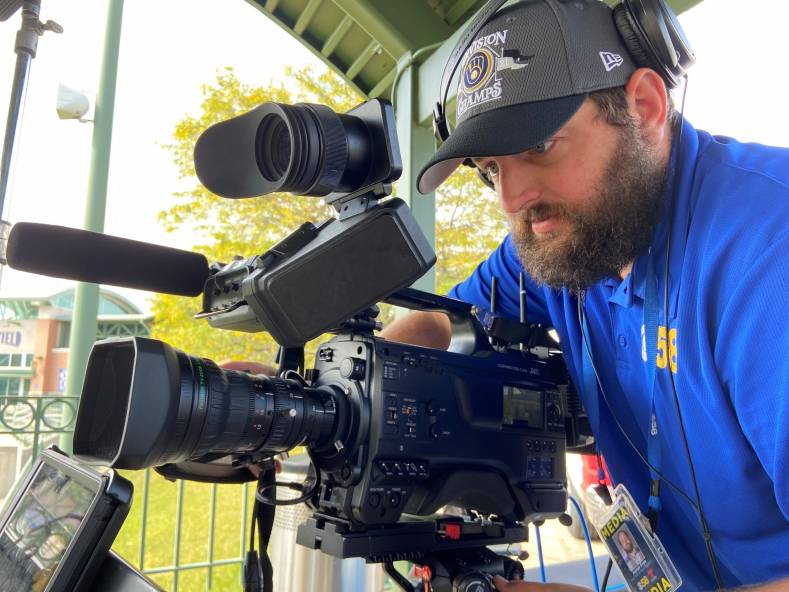 The JVC GY-HC900 and GY-HC550 give the stations the necessary flexibility they require, while also providing a means of natively recording to SD. “We have been using JVC for over a decade in the field and have been very happy,” says Steve Percefull, chief engineer, Weigel Broadcasting Co. Milwaukee. “We have the GY-HM650 ProHD Mobile News Camera and GY-HM790 ProHD Solid State Media Camcorder, as well as GY-HM850 and GY-HM890 ProHD Shoulder Camcorders in our inventory. We have tried other manufacturers’ cameras over the years, but have to use adapters to use SD cards, which became problematic. This time around, when I was buying cameras, I wanted something easy and user-friendly, so we went back to JVC.”

The GY-HC900 is a unique and innovative broadcast camcorder that makes no compromises in image quality while offering a level of connectivity not found elsewhere. Additionally, the GY-HC900 has a full-frame and a two-thirds lens, which Percefull says is perfect for the group’s needs.

Aaron Frye, WDJT director of photography, was among the first to use the cameras at Weigel Broadcasting. “I primarily use our new JVC GY-HC900 for field anchoring and to shoot news stories, and have been really impressed,” he says. “The GY-HC900 has a nice depth of field and the colors really pop; it’s a great upgrade from our previous cameras.”

Additionally, the station purchased the GY-HC550s to replace aging cameras in the Multimedia Journalist (MMJ) kits, which are used by photographers for multi-camera shoots. Percefull has been impressed with the ruggedness of both the GY-HC900 and GY-HC550. “I’m really glad that JVC upgraded to a more waterproof design,” he says. “These are the most road-ready JVC cameras we have used. Both cameras are very user-friendly, as they are very similar to the other JVC cameras we have in our inventory.”

While Weigel uses the JVC CONNECTED CAM camcorders for traditional live stand-ups, the
GY-HC900 and GY-HC550 both offer a wide range of live streaming capabilities. Included among these is direct streaming to Facebook Live and YouTube Live.