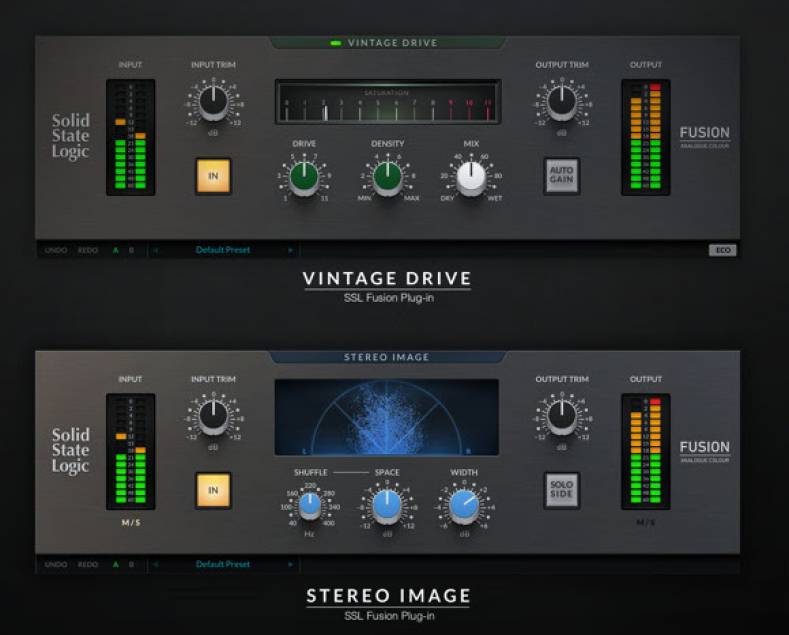 Both plug-ins, available independently or as part of SSL's complete subscription pack, are meticulously modelled on the highly successful Fusion analogue hardware processor. They will be joined in the coming months by additional Fusion processing favourites; Violet EQ, HF Compressor and Transformer.

Nigel Beaumont, SSL’s Managing Director, comments, “This announcement demonstrates our commitment to provide SSL legacy and future production tools to a wider audience of music production and audio creatives with plug-in versions. By providing different ownership options, we are also simplifying how users can evaluate and then invest in this hugely-expanding suite of authentic SSL creative software tools.”

These and all forthcoming plug-ins are compatible with all major DAWs and computer operating systems, and support VST2, VST3, AAX and AU plug-in formats.