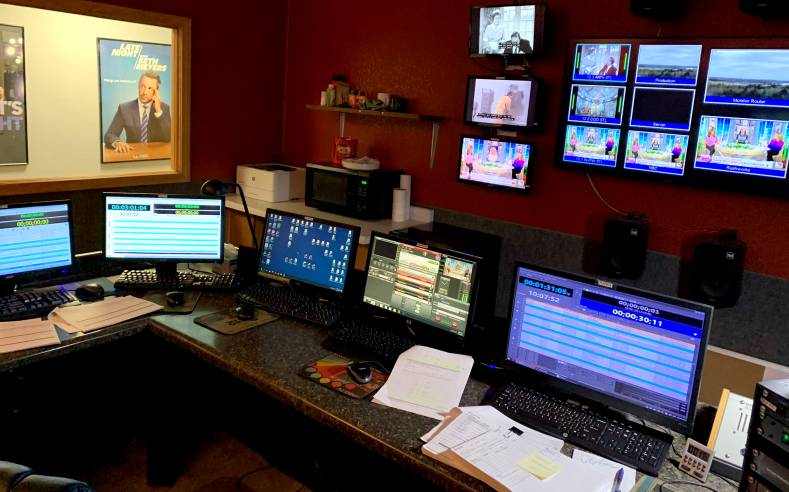 WJFW uses its PlayBox Neo system for program and commercial playout, as well as live pass through streaming and graphic overlays for all three channels. All three AirBox Neo servers interface easily with the station’s existing Wide Orbit trafficking system.

“Our PlayBox Neo servers have been rock solid for us,” explained Marty Mangerson, Technical Director, WJFW, “as has the company’s support. We’ve got best-of-breed equipment across the board here, and we didn’t want to downgrade at all for our secondary channels. Thankfully, we didn’t have to. By simply adding another server, we’re 100 percent ready for 24/7 broadcast of our secondary channel - COZI-TV. The PlayBox Neo set up is exactly what we were looking for and what we need for our new channel.”

WJFW first installed an AirBox Neo server and TitleBox Neo CG back in 2006, with consistent software upgrades along the way. A second server was added for Antenna TV, now on Channel 12.3 in May 2011. Antenna TV airs popular TV shows from the 1950’s through the 90’s. The station’s previous server for the main channel is now used by WJFW’s newest secondary channel - Channel 12.2, COZI-TV. NBC-owned COZI-TV airs a library of classic television programs from the 1950’s through the 2000’s.

“As the programming choices increase on dot channels and stations promote their availability to their audience, they’re seeing a big bump in viewership,” said Van Duke, Director of U.S. Operations, for PlayBox Neo. “WJFW wanted to get COZI-TV up and running as quickly as possible with zero change to their workflow at a budget-friendly price. We’re confident the addition of a third AirBox Neo-20 server provides exactly that, and we’re thrilled we could come through for WJFW.”