The A_UHD Phase II is software and hardware. The hardware engine has been available on Lawo consoles since 2018. This latest announcement is a new software layer added on.

It features everything a live production console needs, such as 1,024 channels of mc²-grade processing algorithms, multiple sets of monitoring matrices, downmixing and upmixing, and will soon support immersive audio formats like Dolby Atmos and MPEG-H. And its compact size packs the power of systems formerly requiring 7 to 10 RU into just one rack space.

DSP Allocation For A Variety Of Productions

There are two components to the new A_UHD software: one portion is a gate server technology, which allows remote connections. Already launched earlier this year, it allows the current company’s mc2 56 and 96 surfaces to be remotely controlled over a layer 3 network. Signals go into the processing core and mirror the functions of an on-site console.

Users can have control literally anywhere there is a VPN-capable network connection. This allows you to send monitoring and control data back and forth, so bandwidth requirements are kept to a minimum.

“This allows you to allocate your processing core dynamically,” said Christian Struck, Senior Product Manager, Audio Production at Lawo. “You have this management layer where we also have a stagebox that we use to control individual mixing surfaces and control rooms and the processing UHD cores—not only physical ones but also virtual ones as well.” 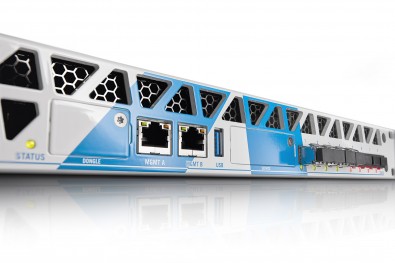 Different licenses can unlock new capabilities that can be used for a few weeks or perpetually.

The software, under a separate license, also includes the ability to “pool” resources and allocate DSP to multiple mixing surfaces in different rooms or several smaller remote production, or all resources to a single room or large production. With more than 1,000 processing channels, there’s plenty of room to manage multiple productions simultaneously. Stuck said that in Europe there are different workflows that use maybe six or 700 channels for a live sports production. In the U.S. he has seen the need for 1,000 channels for one production.

“As soon as you have pooling in place and you have the smallest slices of one physical hardware system, you can allocate a control room to a virtual mixer or to a complete UHD device, depending upon the license model you are working with,” said Struck.

It can also be used to manage different studios from different control rooms on a day-by-day basis.

“You can tailor the box to your needs,” Struck said. “Buy a smaller version with less channels and a different software license and then upgrade as you need to. But you also have the ability to invest in a pooling option that allows you to split the resources.”

The virtual mixers license allows you to run up to four control rooms out of a single A_UHD box.

The product has eight front-panel ports but every channel has streaming redundancy, so you end up with four pairs that make for redundant paths. The methods used support SMPTE standards like ST2022-7, Class C Seamless Protection Switching, while an extended buffer size ensures smooth operation on WAN as well as LAN. Each SFP interface can receive a total of 128 Tx and Rx streams; providing 512 audio channels.

Packets are received and transmitted in parallel. When a pair of signals is received, both signals are compared in the input buffer and, depending on the quality of the packet, the operator can switch seamlessly between the two transmission paths and use the best one.

“This gets interesting when you have your system hooked up to two independent network environments, where one is the Red network and the other the Blue network,” said Struck. “This means that the complete infrastructure, where signals are transmitted and received from a UHD box, can be redundant and the UHD core can equally feed both redundant networks infrastructure out of one port pair. And it can do this four times.”

Lawo is now offering the A_UHD Core Phase II with different usage licenses attached. It’s the same device with the capability to run in different modes. You can start with a 256 matrix board and then upgrade to a higher channel count (another 256 channels or 512) when you need to.

Users can either permanently change the processing power with a perpetual license for a higher channel count or gain access to the same technical capabilities on a temporary basis, using a temporary licensing model. Each license unlocks additional processing power for a period of two or more weeks (in two-week increments).

If required, a second A__UHD Core with a “redundancy license” can be deployed locally, across campus, or across the country, as a 1+1 hot spare device mirroring the active device and taking over seamlessly.

A New SaaS Move For Lawo

“It’s a first move in a direction where our customers can tailor their investment based on what their individual needs are, rather than having to make a large capital investment,” said Struck. “The need for different levels of remote control possibilities have been very obvious, especially this year. The beauty of this piece of hardware is that everything is native IP, there is no conversion going on. It’s all layer 3 capable with the possibility to run audio and control information over a Wide Area Network. There is a native ability underlying all of this that maintains signal integrity across the entire workflow.”

At a virtual press event where it introduced the new A_UHD Core Phase II, Lawo also unveiled a redesigned version of its smallest mc2 console to date: the mc2 36 (which includes the new A_UHD Core processing engine). New capabilities in the mc²36 include 256 processing channels, available at both 48 and 96 kHz, 32 faders and IP-native mixing with DSP power and comprehensive I/O connectivity. The company said the new console not only provides reliable IP connectivity, but also high-quality microphone inputs and line outs, and AES3 and a built-in MADI port for legacy equipment.