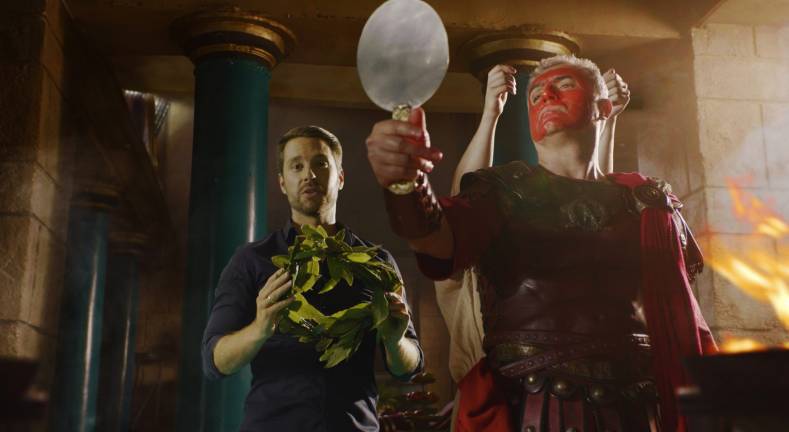 Still from one of the TerraX docs.

German broadcaster, ZDF has used DaVinci Resolve Studio to edit and grade a trio of docs as part of the TerraX series.

Riezler says that he chose to edit in DaVinci Resolve Studio, primarily because the documentaries had to be delivered in both SDR and HDR. “For our previous projects, we had to roundtrip, which made the post process complex and unwieldy, so we decided to stay within DaVinci Resolve for a more streamlined approach.”

The docs form part of a ‘One Moment in History’ season and examine key events including the ‘Völkerschlacht bei Leipzig’ (Battle of Nations), the biggest battle fought on European soil in the 19th century, the assassination of Julius Caesar and the storming of the Bastille.

“As all of the separate elements were filmed with different cameras and frame rates, there was a lot to do to make sure the edit flowed seamlessly,” he continues. “In the films there are a lot of moments where the movement completely stops, and here I used speed ramps to 0% with Resolve’s Optical Flow, which delivered impressive results.”

“Although every TerraX documentary has its own style and identity, they all have to be finished to the same high standard,” concludes Sebastian. “The DaVinci Resolve post pipeline gave us a firm and flexible foundation for multiple, high quality deliverables for a prime time format and freed up the team to focus on bringing as much creativity as possible to the productions.”