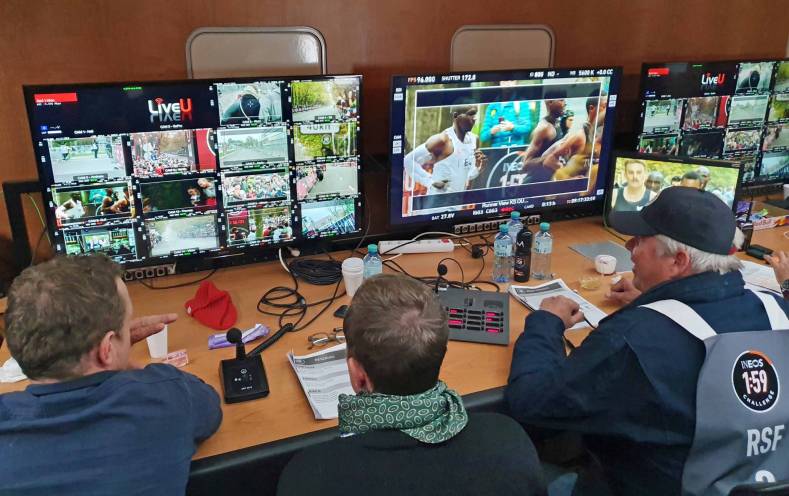 LiveU technology overcomes the most timely and challenging live production circumstances to increase the depth of TV news and sports content.

All Cameras, All The Time

Robert Frosch, Account Manager with ETAS was deeply involved in the project. Frosch said “The director of the documentary footage needed to be able to see, in high quality, each camera view at any given moment. Each LiveU unit, capped at 10Mbps, sent an HD SDI feed to the production truck, and via IFB, the director could talk to each camera operator during the event. The actual footage was recorded on each camera. It’s an innovative use of LiveU technology and one that gave the production company the precision and flexibility they required.”

The documentary production crew also used video overlays on the camera feeds, which turned out to be essential. This meant that those in the truck could see when, for example, the white balance needed to be adjusted or a higher frame rate needed to be used for high-speed action shots. ETAS also managed the delivery of the camera content to the production company.

Zion Eilam, Regional VP of Sales, EMEA, LiveU, said, “LiveU use is continuing to grow at an exciting rate across the sports market, not only for primary and expanded content feeds, but also for DR. Now we are beginning to see uses like this where our technology allows production companies to precisely control and monitor what they are shooting by creating a production gallery with our technology. This gives directors and vision mixers access to the high-quality images they require at a very affordable price point.”

Derana TV is Sri Lanka’s premium entertainment channel, and it has deployed LiveU technology throughout its news operations, known as Ada Derana, for ongoing newsgathering in Sri Lanka and abroad. Ada Derana is considered to be the country’s most unbiased and comprehensive news property, and it used multiple LiveU units to cover the presidential election on 16 November 2019. 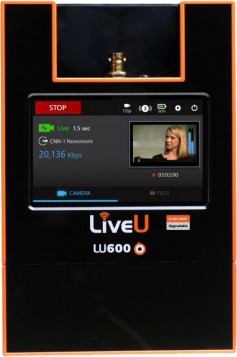 Madhawa Madawala, Executive Director and COO, at Derana TV, said, “Choosing LiveU has been an extremely smart and strategic decision – equipping us with a technology that can travel places with us. We have a news team of 100 people geared to deliver the most accurate and timely information and LiveU’s contribution to this has been massive. We, as a media channel, constantly look for technologies which make our workflows and life, in general, easier. LiveU has surpassed our expectations and helped us reduce production costs.”

“Derana TV is one of our key customers in Sri Lanka and we share a strong relationship with them. Derana has always trusted LiveU for their newsgathering technology, which makes us very proud. We are committed to provide excellent support to our customers in Sri Lanka in association with our local partners and will continue to keep our promise of delivering unfailing technology”, said Ranjit Bhatti, Director of South Asia, LiveU.

Puritha Wijewickrama, General Manager IT, at Derana TV, added, “Our channel – or any media channel for that matter – is ever-growing because, fortunately or unfortunately, we never run out of news. In such a scenario, it’s imperative that we’re equipped with the best to stay ahead in the industry. The support provided by LiveU has always been great and we can also rely on its robust technology, which has never failed us.”