Telemetrics will showcase a full line of camera robotics solutions at IBC 2018.

Featured products to include roving camera pedestal, and advanced camera control panels, plus a full line of pan/tilt heads and track systems. 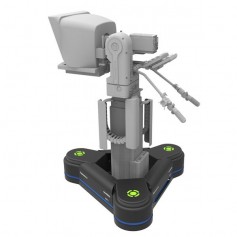 Telemetrics OmniGlide (RRP-1) will be on stand for attendee demonstrations.

Also on show will be the new advanced control panel with reFrame technology as part of the enhancements to the RCCP-1A. It's designed for larger broadcast studios and legislative production centers. The RCCP-1A is now shipping with a fully comprehensive user interface and enhanced features including joystick configuration, smoother zoom functions and dwell loop capabilities.

When used with optional studio software (the RCCP-1A-STS) automatic shot correction technology, the system uses facial recognition to lock cameras onto the talent and automatically trim the shot. 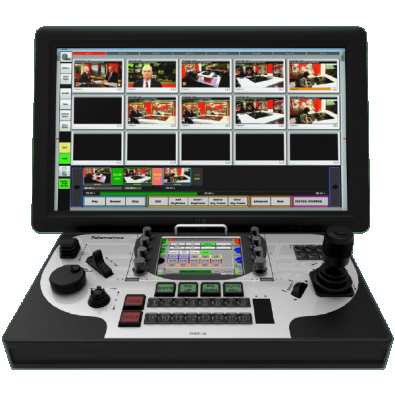 The RCCP-1A control panel now has eFrame technology as part of the enhancements for IBC 2018.

On stand will be the latest addition to the popular series of robotic servo-controlled pan/tilt camera support systems, the PT-H-S5 Servo Pan/Tilt Head, that brings new value and operational performance for robotically controlled cameras and automated production studios.

Telemetrics will also demonstrate its entry-level camera control unit, the RCCP-M. This camera control is designed for unmanned operation within houses of worship, boardrooms, concert halls and government chambers. The easy-to-use touch screen control includes a unique “Perspective” feature that allows novice users to take a picture of a desired camera angle with their cell phone, load it into the control panel and choose presets based on a real-time look from the perspective view of each camera. Working in this mode allows the operator to create a visual run sheet.

Also on display will be the TG4 and TG4M of the TeleGlide family of  camera track systems, which can accommodate curve track requirements of television studios, conference rooms, sports and other locations.