Hiding microphones on a set for hard-to-reach dialog has always been difficult. Unlike live theatre or stage productions, where lavalier mics can easily be hidden in costumes, keeping microphones and cables out of a frame of video can be far more challenging. Unlike mics on the body or over the head of the performer at a fixed distance, the hidden mic means the performer must continue to stay near the microphone at all times for even dialog. 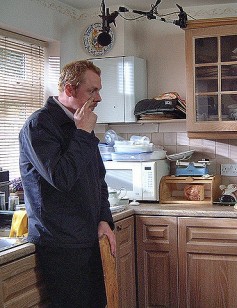 In the game of hiding microphones, the style and type of the mic itself is less important than the dialog being recorded. Any mic with a high level of reach and sensitivity will work. This is where a bag full of clamps and stand adapters, along with creative thinking, can make all the difference.

Mics can be hidden anywhere. They can be clamped on doors, hidden in plants, placed in a salt shaker or mounted virtually anywhere behind a prop that is close to the talent. Just remember, the idea is to hide the mic from the camera’s lens, not the performer working on the set. The trick is for the audience at home not to see the microphone.

This may mean placing a prop in front of the mic that is natural to the surroundings of the set. Perhaps it can be hidden under the table next to a chair where a performer sits, or below the camera’s range of view. This is where super sensitive lavaliers like those made by DPA come in handy.

DPA makes a range of tiny mics that are easy to hide and come with many accessories for mounting and concealing them. Each version is tailored towards a specific application based on sensitivity, voltage and placement needs. Most of DPA’s mics share important basic features, but each is optimized for particular applications. They also match each other in their sound, which is important in post production.

Shotgun mics can also be useful for hiding. Take a dinner table scene in an elegant setting. A boom mic might not be appropriate, but short shotguns can be hidden in a chandelier above the table or placed along side performers as they sit at the table. Again, the only thing that matters is the mic must pick up the sound without being seen on camera. 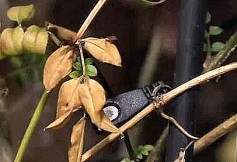 Mic placement can be ingenious and challenges the creativity of the sound engineer. Mics can be hidden under clothing or masked by the shining surface of doors and windows. Small lavaliers can be hidden in a pencil or shadows in a scene. Sometimes a hole can be dug in the ground, in the sand on a beach or through a floor to hide a mic.

When stumped for a solution, moving a potted plant with a hidden mic into a scene is a tried and true oldie. Cables to mics can be hidden under rugs or actually buried in a trench under shallow ground. Again, the imagination has no limits. 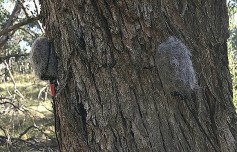 Of course, it’s not just a matter of hiding the mic. Also, make sure the mic is isolated from vibration or movement. When using a mic attached to furniture, for example, be sure no one is sitting on the chair or touching it. Their vibration and extraneous noise can ruin a take.

If necessary, create a tiny shock mount to isolate the mic’s capsule. It can be as simple as rolled up gaffer’s tape or a tiny piece of foam. Make sure to give strain relief as well to the mic’s cable, which can cause noise. Audio-Technica, for example, makes both directional and non-directional lavaliers and claims their mics can pick up dialog up to four feet away. 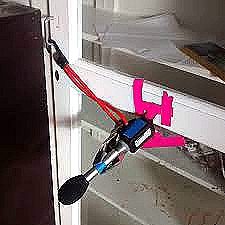 Most of the time, omni-directional lavaliers are effective because they give the talent some leeway to move around slightly. Directional mics, though useful, are more critical of placement and it’s easier for talent to go “off mic.” However, they can be used at greater distances.

There is no “right” or “wrong” way to hide microphones. The only thing that matters is getting clean sound for the video production. However, the ingenuity and creativity of the engineer is more important than any other factor.