Find all of the latest products, by category - the most comprehensive overview of IBC 2015 by the editors of The Broadcast Bridge.

LSB Broadcast Technologies and Broadcast Solutions GmbH jointly announce an agreement on the exclusive use of VSM in all Streamline OB Vans by default. 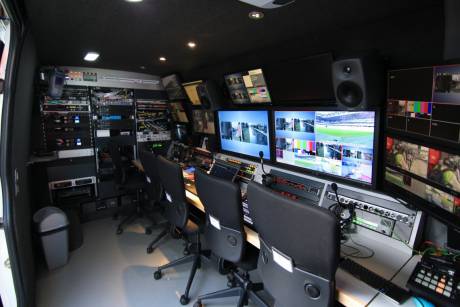 Production company AMP Visual TV, with one of the most extensive European fleets of OB vans and nearly 20 studios in the Paris region, has chosen Riedel’s MediorNet real-time signal network for a new fleet of DSNG production vans to be used by the AMP Visual TV IXI subsidiary. In addition to MediorNet’s real-time transport of video, audio, and intercom signals, AMP Visual TV is benefiting from the solution’s decentralized video and audio routing and on-board signal processing capabilities. 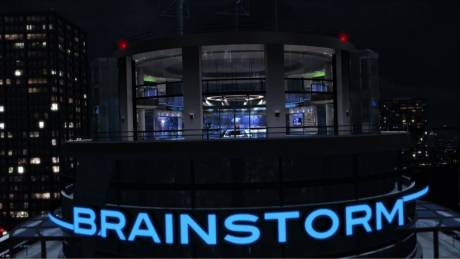 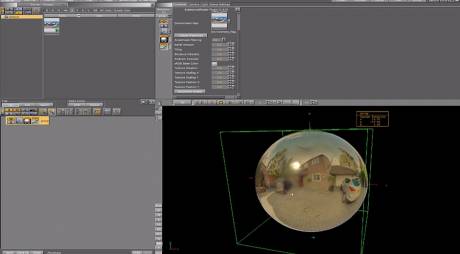 The new Viz Engine and Graphics Hub from Vizrt enhance 4k graphics playout either as video or streaming IP, while the new HTML Newsroom System looks toward the future

It is a sign of how far broadcast engineering has come when the IBC 2015 Innovation Awards are dominated by IP technologies. Two thirds of the shortlisted projects commend achievements in remote production or networking using virtualised systems. 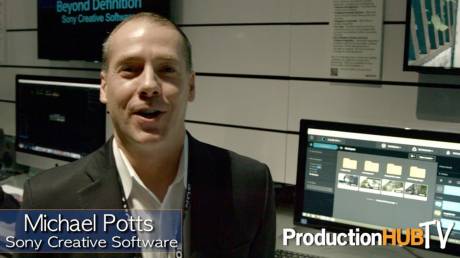 ​Our partners the ProductionHUB recently published an interview from the 2015 IBC in Amsterdam with Michael Potts of Sony Media Cloud Services. 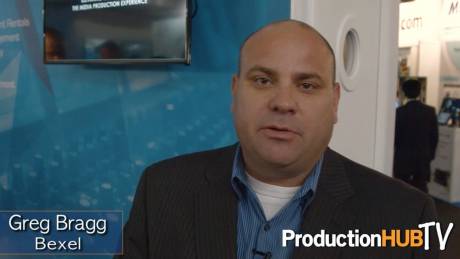 ​Our partners the ProductionHUB recently published an interview from the 2015 IBC in Amsterdam with Greg Bragg of Bexel. 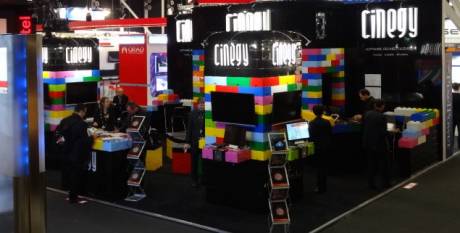 ​Moore’s Law has finally hit the broadcast industry where IT technologies are taking over and making 4K a breeze. At the IBC 2015 show in Amsterdam it was equally apparent that working in 8K for postproduction and even broadcast streaming is inevitable, with tools from cameras to editing software and HEVC encoding already primed or in development to handle it. No-one, though, was envisioning a world beyond 8K—except German software engineer Cinegy. It demonstrated a codec that it claimed could decode a Hollywood movie in a second and is built to manage 16K data rates today. 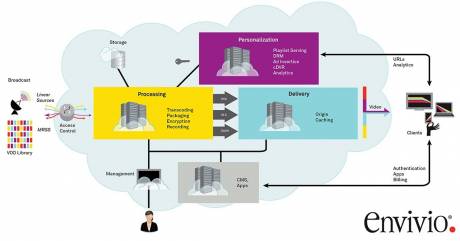 Envivio, best known for its advocacy of software transcoding, demonstrated a range of offerings spanning different delivery platforms at IBC 2015. These included a new cloud DVR package combining various techniques such as software-defined storage, along with recent compression standards for packaging and transcoding on the fly.