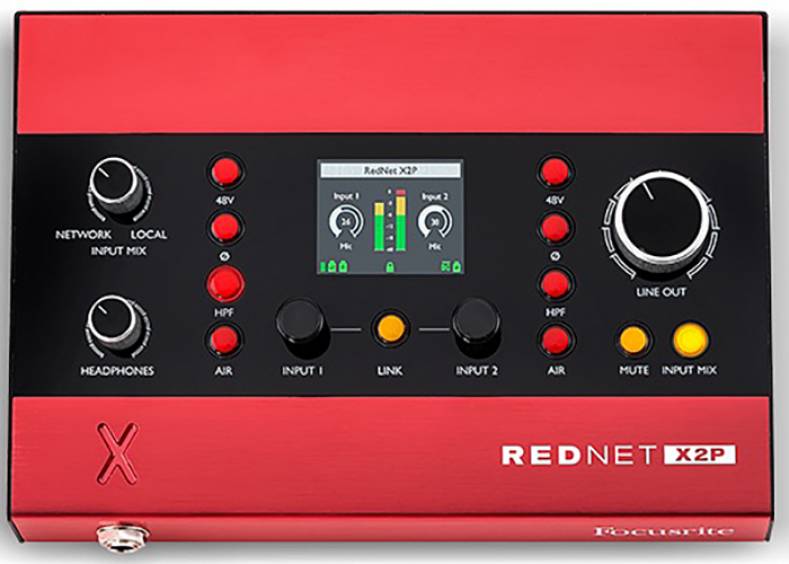 Focusrite has announced the RedNet X2P 2x2 Dante audio interface, a compact device that allows the expansion of Focusrite RedNet or other Dante audio-over-IP systems with its two Red Evolution mic pre’s, stereo line outs and a stereo headphone amplifier.

Flexible control locks determine local control capability of the mic pre and output settings for applications such as allowing users to adjust their headphone mix and levels without changing mic pre parameters. RedNet X2P features a crossfader to enable level control of the local inputs versus network inputs assigned to feed the line outputs or the headphone outputs. The unit can be mic stand mounted.