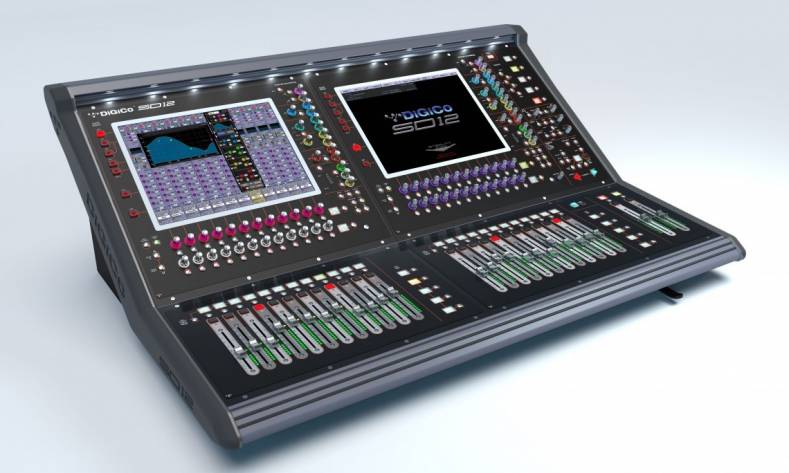 The SD12 raises the bar in terms of what users can now expect from a compact, affordable, multi-application digital console.

The DiGiCo 12x8 matrix console will be shown at the AES convention in New York with the latest V2.0 software that provides 48 flexi channels. There are also 72 input channels with full processing, 36 aux busses, 12 fx processors, 16 graphic EQs and 119 dynamic EQs.

The SD12 raises the bar in terms of what users can now expect from a compact, affordable, multi- application digital console. It’s also the first console in DiGiCo’s SD Range with built-in recording interfaces; which makes Virtual Sound checking straightforward. Furthermore, the SD12 now includes a DVI output, for an overview of the console. New LED meters allow for a brighter, faster operation, and the SD12 Lightbar is identical to that of the company’s SD5 and flagship SD7 consoles.

From the stages of Summerfest’s 50th in Milwaukee to the audition and elimination rounds of NBC’s "America’s Got Talent" in Los Angeles, the SD12 has very quickly been showing up on numerous tours, festivals and installs since it was launched at the NAMM show in January.