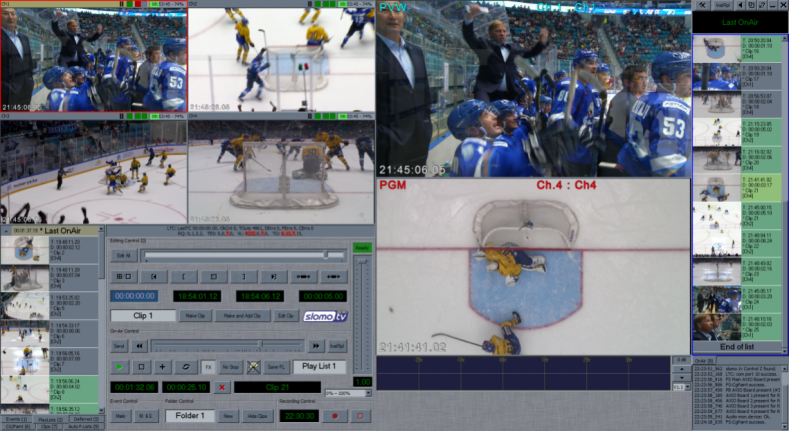 “The mission of our company is to deliver sport programming of the highest quality to national and international audiences,” commented Valentin Gladkov, CTO at Media Sport. “We selected slomo.tv servers for a number of reasons - their high quality picture and robust performance combined with a very intuitive user interface, which helped to familiarize our operators in the very short time, in fact, in a few hours."

Arrow 442 is described as a broadcast grade multichannel recording and replay server designed to meet the requirements of both sports broadcasting and standard video production. It supports simultaneous recording of four video input signals, search on all four channels and replay of two channels with transitions. The server can store up to 266Hrs of HD at 100mbit data. Arrow 442 supports many mainstream broadcast replay codecs including DVCPro 50 / DVCPro HD / XDCAM50 and MJPEG.