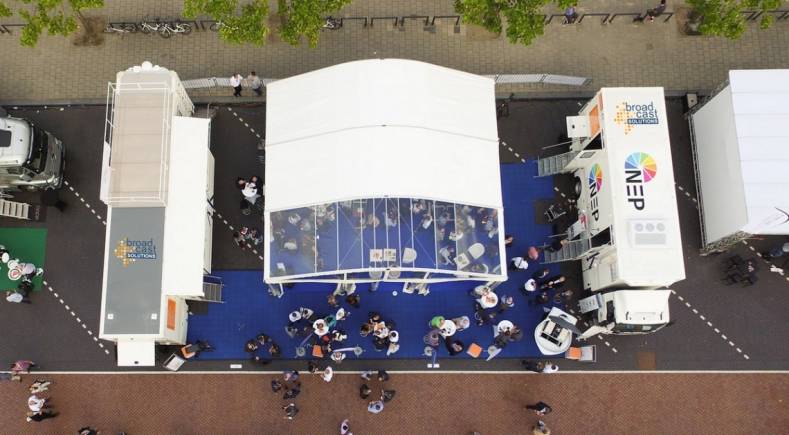 German systems integrator and distributor Broadcast Solutions will be at IBC showing off both sides of its business. This will include three OB trucks and virtual reality design technology as part of its outdoor exhibit, while inside the RAI Centre the company will show the LaON intercom range and Broadcast Ultrasoft workflow and automation control units.

Broadcast Solutions is best known for its SI work and will showcase this as part of IBC's outside broadcast exhibits. This will feature recent projects, including a 4k/Ultra HD truck built for Studio Berlin. This is based on the Streamline S16 model and will travel straight from Amsterdam to Berlin when the exhibition ends to be part of TV coverage of the German election on 24 September.

Alongside this will be an eight-camera Streamline S8 vehicle commissioned by NEP Europe, which is also 4k ready. The third of the OB trio is a small S4 truck, featuring satellite news gathering equipment. This recently featured at the Swimming World Championships in Budapest, providing facilities for host broadcaster Antenna Hungaria.

As part of the OB display Broadcast Solutions will be demonstrating how it has used IP and other networking technologies for location production. This includes PTP synchronisation for LAN and WAN set-ups, in addition to multicast management and implementation of RAVENNA audio over IP (AoIP) connectivity with AES67 interoperability.

Broadcast Solutions is using new technologies to design its OB trucks, a service that will shown in the Virtual Reality Lab on the outdoor exhibit. This is used to plan and implement the systems in new truck builds, allowing the engineers and customers to get an idea of what the finished vehicle will look like and how it operates. 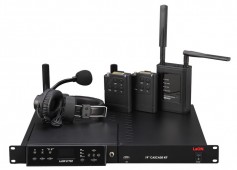 On its stand in Hall 8, Broadcast Solutions will display its distributed product ranges. The highlight this year is the LaON intercom system, which the company took on during August. Designed and made in South Korea, the LaON wireless range operates in the 5GHz UNII band and offers uncompressed audio with IP-repeaters, a remote base station, latency of less than 23 milliseconds, five communication group channels, up to 11 full-duplex channels and AES Level 3 security.

The LaON system comes in four sizes and models: the LT750, LT550, LT250 and LT150. These are designed for different users and applications, including live TV production, OBs, stadia, theatre and the education market. Broadcast Solutions is distributing these products in Germany, Austria and Switzerland, the Nordic region, the Baltic countries, Spain, Eastern Europe (Hungary, Ukraine and the Czech Republic) and the Balkans.

Also on display will be the MANet (mobile ad-hoc network) terrestrial microwave networking system. Created for the defence and law enforcement markets, it is finding applications in broadcasting and offers full IP working for broadband, point-to-point connectivity.