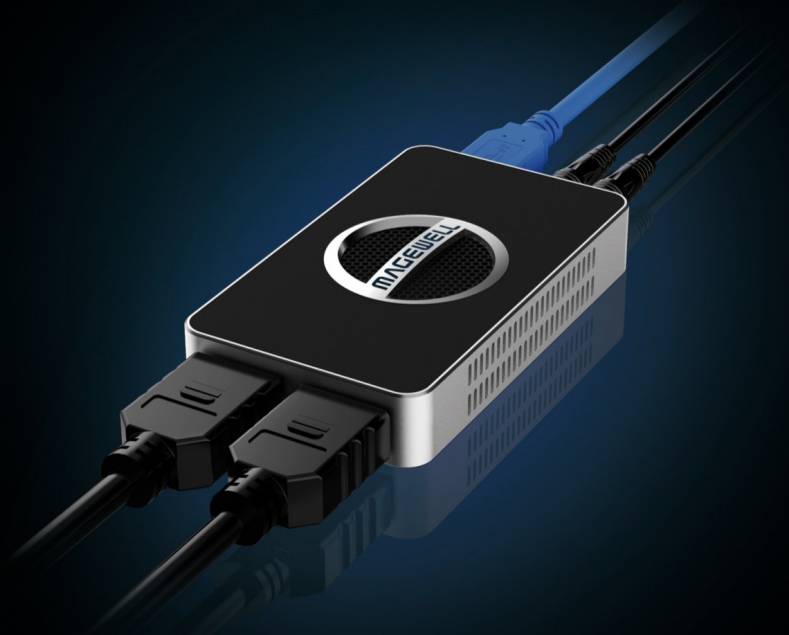 Magewell has announced they have shipped two powerful 4K USB Capture Plus devices to be featured alongside other Magewell innovations at IBC 2017. Complementing the release of the new hardware, Magewell has also introduced an expanded SDK for third-party developers and an update to the free USB Capture Utility for end-users.

Magewell's 4K USB Capture Plus devices enable all types of computers including laptops to capture video at resolutions up to 4096x2160 through a standard USB 3.0 interface. It also features driver-free installation and automatic input detection for true plug-and-play operation.

The USB Capture SDI 4K Plus captures 4K video at 30 frames per second over its 6Gbps SDI interface, while the USB Capture HDMI 4K Plus supports 4K inputs up to 60fps via HDMI 2.0 connectivity, capturing them at 30fps. Both models include loop-through connections and support embedded audio, as well as a separate analog audio input and output for capture and monitoring.

Lastly, for end-users, Magewell has enhanced their free USB Capture Utility application. While the devices can be used immediately by third-party software with no driver installation required, the USB Capture Utility gives users advanced control over capture settings and provides detailed status information. The new version automatically detects the availability of new firmware updates for USB Capture devices on Internet-connected systems, notifying the user and then performing the update if the user approves.