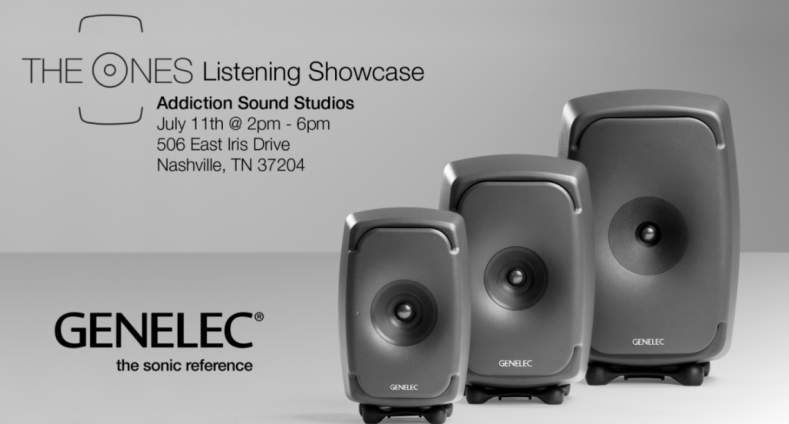 Genelec, the studio monitor company, held a listening showcase of its new “The Ones” series of Compact Coaxial Active Monitors on July 11 in Nashville.

Genelec said the event was held at Addiction Sound Studios in the city’s Berry Hill neighborhood (506 East Iris Drive) in Nashville and was open to the public.

Attendees were encouraged to bring their own reference CDs or line-in program material for listening.