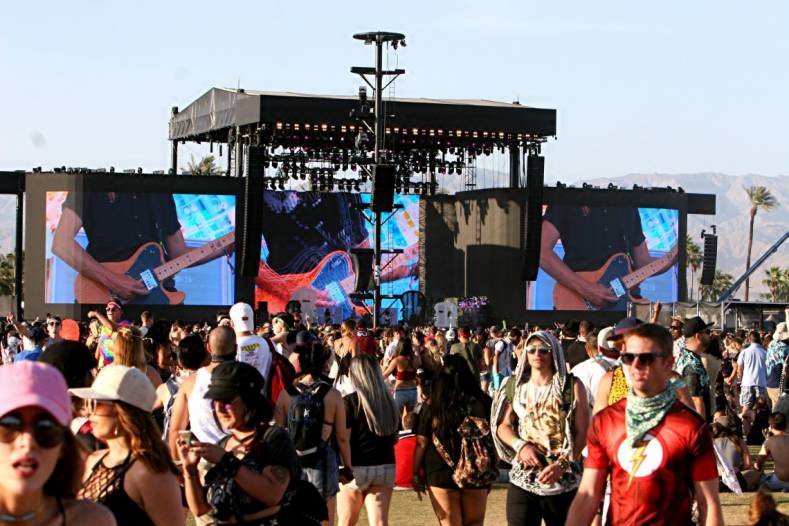 At the recent Coachella music festival remote production services and custom systems provider NEP tested a new system of wireless networked cameras on an IP network, with signals compressed with encoders and decoders made by Visionary Solutions.

Eddie Sheridan, NEP Senior Tech Manager, worked with his team onsite to use the Visionary Solutions E4000 encoders and D4000 decoders, which processed the high-definition signals from Panasonic AW-HE130 PTZ robotic cameras for transport over an IP infrastructure set up at the festival. Sheridan said the ultra-low latency signal processing system is a flexible solution because it bypasses the constraints of traditional switch matrix distribution systems by harnessing the flexibility and scalability of converged IP networks.

The NEP team routed video and camera control data from the AW-HE130 camera's HDMI output to the Visionary Solutions E4000 encoder. They then take the robotic data, which is all IP-based, and combine the output of the encoder with router data and a switch. That in turn was passed through a Ubiquity Wireless point-to-point transmission system.

“The wireless systems have a 15 mile range so I can send data for the robotic camera and the video to our mobile units," Sheridan said. “Then we break the data back out with a Visionary Solutions D4000 decoder and route it to Panasonic Remote Camera Controllers for the AW-HE130 cameras. 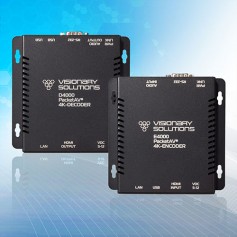 Wireless transmission obviously has much less bandwidth than wired, so you might expect that the video quality would suffer in the new system, but Sheridan said the video looks good.

“You can't do crazy pans or you'll start to see a bit of encoding going on because the wireless transmission is trying to catch up,” he said. “But we're doing stuff like cutaway shots, beauty shots, and commercials bumpers, and it works great for those. In the past, we couldn't put a wired camera in a lot of locations because of the crowd. Now we strap a robotic camera on a pole and transmit the data and the video back wirelessly.” 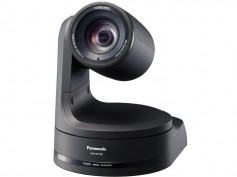 Compressed HD signals from six Panasonic AW-HE130 PTZ robotic cameras were sent over an IP infrastructure set up at the festival.

“We used to have to park trucks in multiple areas but now we can put the remote units in one area and run fiber everywhere," Sheridan said. “Adding wireless robotic cameras with Visionary Solutions encoders and decoders gives us even more flexibility.”

For shows like Coachella, NEP uses HD (1920x1080) cameras, although the company employs 4K video for some events, and the Visionary Solutions E4000 and D4000 can handle 4K. Even at 1920x1080, the cameras generate a lot of video and control data. But, Sheridan said their E4000/D4000-based wireless systems have passed every test and deliver the quality they need.

“We've done tests where we compared the same camera feed wired and wirelessly, using the Visionary Solutions encoder,” he said. “When I checked for latency, it was barely there.”