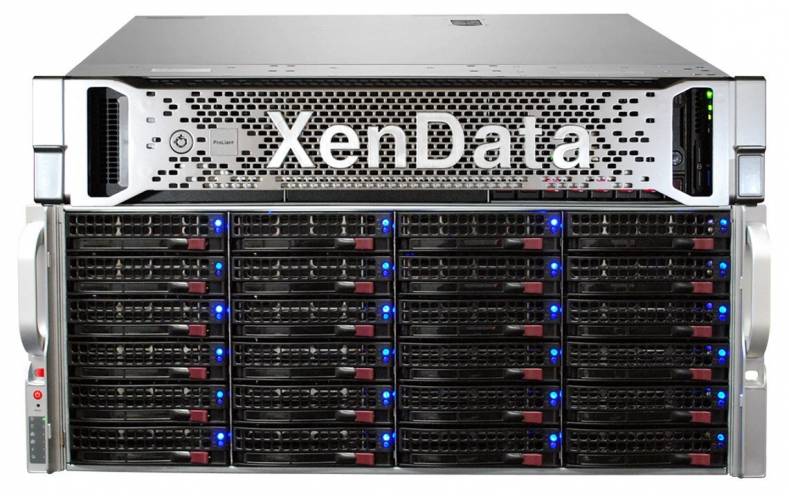 ​XenData is to launch a system that combines shared disk storage and archive on a single server. It claims this will not only help to simplify collaborative media production workflows, but will also offer two independent storage volumes.

“By presenting two complementary high-capacity volumes, the FX server can simplify workflows as it avoids storage boundaries that would traditionally be present with multiple shared disk or archive storage volumes,” it states.

Scalable Capacity – Presented as a single standard NTFS volume, the shared disk storage comes available with 120 TB, 180 TB or 240 TB of usable capacity. The archive volume is also presented as a single file system that is easily expandable to multiple petabytes.

Faster Data Transfer Speeds – Because the shared disk storage and archive are local to a single FX server, high data transfer speeds can be achieved when moving content between the two volumes. This avoids the typical loss of performance when transferring over a network.

An API-driven data mover allows transfer of files between the shared disk and the archive volumes from the User Interface of a third-party application, organizations can easily take advantage of the faster transfer speeds between the volumes. Applications taking advantage of this API include CatDV from Squarebox Systems, MXFserver from Film Partners, asset management systems from CISTECH and axle Video’s MAM. Other certified applications that can be run on the FX-Series server and seamlessly move content between the two volumes include eMAM and Project Parking from Marquis Broadcast.

“Our design philosophy is to simplify everything, while ensuring optimal storage performance,” said Phil Storey, XenData CEO and co-founder. “More and more content is being created in 4K and beyond, which means storage costs are skyrocketing. The FX Series makes it easy to move projects to a lower cost archive storage tier and allows an organization to do more on a given budget.”